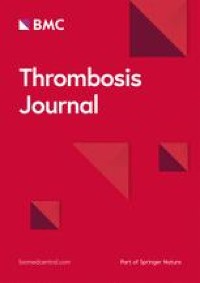 The details of the KYU-RABLE study, including the ethical considerations of the study, have been published previously [8]. Briefly, the KYU-RABLE study was a prospective, multicenter, single-arm interventional study conducted between 1 December 2017 and 21 September 2018 at 23 institutions in Japan. Eligible patients were those aged ≥20 years who were scheduled to undergo CA for NVAF. Patients were excluded if they had any contraindications for edoxaban treatment or any contraindications for CA, a creatinine clearance (CrCL) < 30 mL/min, history of thromboembolism or myocardial infarction within 2 months before enrollment, history of intracranial, intraocular, spinal, retroperitoneal, or atraumatic intra-articular bleeding, or history of gastrointestinal bleeding or major bleeding per the International Society on Thrombosis and Haemostasis [ISTH] definition within 4 weeks before enrollment.

The study treatment consisted of edoxaban 60 mg administered once daily in the morning for ≥4 weeks before CA and continued for 4 weeks ±7 days after CA. On the day of CA, edoxaban was administered not before but after CA (i.e., one dose delayed administration). A reduced dose of 30 mg was given if patients met the dose adjustment criteria [8]. Investigators at each site selected the type of CA procedure, energy source, and the use of heparin and dosage for maintenance of activated clotting time (ACT) > 300 s during the procedure.

Clinical events were analyzed in the full analysis set. Odds ratios and 95% confidence intervals (CIs) were calculated using a logistic regression model. For the present subanalysis, univariate and multivariate analyses were performed to identify associations between major, minor, and clinically relevant non-major bleeding events with baseline patient demographics and clinical characteristics, including age, sex, AF type, CHADS2 and HAS-BLED scores, renal function by CrCL, CA-related factors, including the type of CA (radiofrequency ablation or cryoballoon ablation), the dose of perioperative heparin, edoxaban dose and plasma concentration of edoxaban 1 h before CA, time from CA termination to restart of edoxaban administration on the CA day, and maximum ACT during CA. Factors included in the final multivariate model were selected based on a two-tailed significance level of 5% as these factors significantly influenced the incidence of events in the univariate model. All statistical analyses were performed using SAS version 9.4 (SAS Institute Inc., Cary, NC, USA). 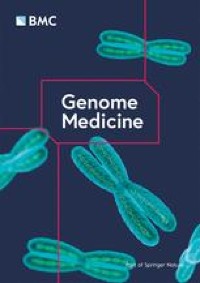 October 17, 2021
Micronodular basal cell carcinoma of the scrotum: a case report and review of the literature – Journal of Medical Case Reports