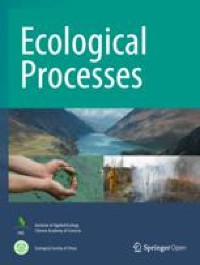 The normalized scores were also reclassified into five equal probability weight interval (20%) groups to characterize the various stages of exposure risk level to vulnerability in the livelihood zones. Accordingly, based on the weights, the overall livelihood zone level of exposure risk index (Table 2) indicates that high exposures were at Belg (0.71) and Meher (0.70). A moderate level of exposure risk index was observed at Meher-Belg (0.41) livelihood zone. The remaining livelihood zones (CHV and ABB) and SWS have low (0.35 and 0.38) and very low (0.05) exposure risk levels. In addition to the results of the meteorological data, the FGD with households reported that their exposure to the change of different climate factors increased across the livelihood zones. Specifically, there is an increasing risk to the increasing temperature and variability of rainfall in the Meher and Belg livelihood zones. The analysis of meteorological data (in the past 37 years) showed a relatively high exposure risk in Meher and Belg livelihood zones due to high rainfall variability and increase of temperature. The view of the focus group discussants were also corroborating the variability of rainfall and increasing of temperature. The climate change exposure analysis made by Tessema and Simane (2019) and Feyissa et al. (2018) show that areas with the highest deviation in rainfall and temperature as well as frequency of drought events are more exposed and vulnerable. Moreover, studies of Stroosnijder (2009) and Araya et al. (2015) identified deficit and erratic nature of rainfall resulted in the vulnerability of Eastern African countries to low agricultural productivity and food shortages.

Four biophysical and socioeconomic indicators (slope, soil types, population density, and accessibility of travel time to social service centers) have been identified in the analysis of livelihood sensitivity based on the standards set by different scholars which were also used by Feyissa et al. (2018), Azene et al. (2018), and Teshome (2016). Accordingly, the higher sensitivity of livelihood zones to climate variability and extremes were derived from high population density, slope and inaccessibility to social service centers, and the erodibility nature of soil types. The slope of the study region is classified into five classes ranged from 0 to 2% (least sensitive) to > 30% (most sensitive) for land degradation and soil erosion (Fig. 6). The slope is an integral part of the land surface; it influences drainage, runoff, and erosion susceptibility. The assumption is that the higher slope value linked to the probability of high susceptibility of erosion and simultaneous reduction of soil depth. As can be seen in Table 3, 14,980.5 km2 (86%) of the area was found above the slope of 8%. Thus, the changes of maximum and minimum soil depth reduction factor were observed with increasing slope gradients. Moreover, the normalized value indicated that the ABB livelihood zone was experienced a very high sensitivity slope gradient (1.00). Moderate sensitivity of the slope was in the Belg livelihood zone (0.58). Low sensitivity of slope gradients was observed at SWS, Meher, and Meher-Belg livelihood zones with normalized values of 0.33, 0.32, and 0.29 respectively (Table 6). Studies of Hurni et al. (2015) and Liu et al. (2001) revealed that the erosion-resisting capacity and depth of soil generally decrease with the increasing of slope gradient due to loose soil stability, subsequently influence of land productivity, and crop yield.

The soil type associations found in the study are Leptosols, Calcaric Fluvisols, Haplic Xerosols, Eutric Nitisols and Regosols, Eutric and Vertic Cambisols, Pellic and Chromic Vertisols (Fig. 7). The dominant soil types in terms of areal coverage in the region are Cambisols, Leptosols, and Regosols with 11835.99, 2176.98, and 1489.26 km2 respectively. These dominant soil types’ agricultural viability is very limited as documented in different studies. FAO (1984) for example explained that both Cambisols and Regosols have limited agricultural value due to their shallow depth as they occur dominantly on the sloppy areas that are subject to severe erosion. Leptosols are also characterized by shallow depth underlined by hard rock and with less developed soil and coarse-textured (Feyissa et al. 2018).

It is believed that the susceptibility of soil type to erosion reduces the soil depth that influences the sensitivity of agricultural practices and ultimately affected the land efficiency of production. Based on Gelagay and Minale (2016) and Hurni et al. (2015), the attached average sensitivity of soil types to erosion (erodibility) due to the inherent characteristics are 0.30, 0.25, 0.23, 0.23, 0.20, 0.20, and 0.15 for Xerosols, Nitisols, Fluvisols, Regosols, Cambisols, Leptosols, and vertisols respectively (Table 4). Therefore, those major soil types (Cambisols, Regosols and Leptosols) are accounting for about 92% of the area. These soil types are categorized under high and moderate soil depth reduction (erodibility) related to their susceptibility to erosion in the region under study. The remaining soil types such as Xerosols, Nitosols, and Fluvisols are categorized under high level of erodibility class with the average K-factors ranged from 0.23 to 0.30. Vertisols have the lowest level of erodibility class of 0.15. At the level of livelihood zones, very high sensitivity on soil type erodibility was indicated at CHV with normalized values of 1.0 while moderate sensitivity (0.5) was shown at Meher, Belg, and SWS livelihood zones. ABB and Meher-Belg livelihood zones were shown the least soil type erodibility (Table 4). Hurni et al. (2015) identified that soil depths were considered shallower in areas with soils more susceptible to erosion. Erosion sensitivity of Cambisols and Regosols are ranked as the most and intermediate susceptible soil types respectively (FAO 1991). Soil erosion in Ethiopia triggers the decline of agricultural productivity, food insecurity, and rural poverty (Gashaw et al. 2014; Lawrence et al. 2010).

The farmland suitability for agricultural practices in the study was characterized by the relative sensitivity indicators of slope, fertility, and rate of soil erosion. Such sensitivity attributes could be the source of vulnerability to the rural households mainly caused by land degradation problem. In relation to this, information obtained from the focus group discussants in ABB livelihood zone perceived that the upside down nature of farmland, cutting of trees, and grazing and marginal land conversion to farmland increases the sensitivity of the biophysical environment. Discussants further mentioned that the farming households cultivated the outrageous steeply marginal areas using a digging hoe which is impossible to plough with a pair of oxen. According to them, such biophysical sensitivity impedes the agricultural productions and threatens the lives and livelihoods of rural households. Information obtained from Zonal and District agricultural offices on the other hand showed, the problem of land degradation and soil erosions are severe because of lower rate of water permeability coupled with steep slope exacerbated rural households’ livelihood vulnerability. Indeed, MoWIE (2014) indicated that a soil erosion problem in the study area is one of the erosion hot spot areas of the Blue Nile river basin.

The third major sub-component of adaptive capacity in the study was that the physical capital comprises producer goods and infrastructure. Producer goods include the availability of technology components (farm inputs such as fertilizers, improved seeds, and extension services) and farm equipment (plowing instruments and farm animals). The infrastructure is the travel time access including access to road, school, and health services (Table 6). These sub-component indicators of physical capital showed variation among the livelihood zones. Hence, the normalized values of Meher-belg, Meher, and Belg livelihood zones exhibited the highest in the availability of technology components and farm equipment. Better access to travel time also observed in CHV and Meher livelihood zones. When all the indicators of physical capital were aggregated, Meher (0.72), Meher-Belg (0.60), and CHV (0.57) were at high and moderate adaptive capacity levels. However, Belg (0.41), SWS (0.29), and ABB (0.00) were divulged low and very low adaptive capacity levels. In relation to the results, Gebreegziabher et al. (2018) and World Bank (2010) noted that limited access to physical infrastructure and unavailability of producer goods were matters that constrained to reduce sensitivity and to improve adaptive capacity of rural households.

Migration outside large cities: a comparison of the hiring of migrants for the food processing industry in the United States and Japan – Comparative Migration Studies 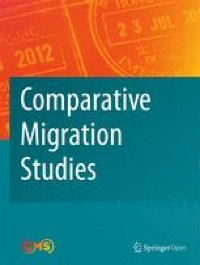 Migration outside large cities: a comparison of the hiring of migrants for the food processing industry in the United States and Japan – Comparative Migration Studies

October 21, 2021
Role of multi-parametric MRI in the differentiation between mucinous breast carcinoma and fibroadenoma – Egyptian Journal of Radiology and Nuclear Medicine 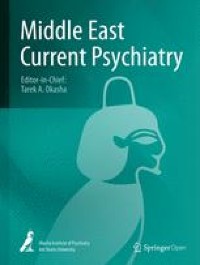