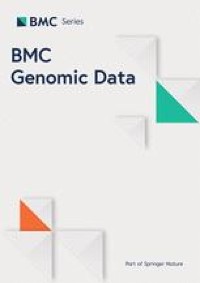 The alignment of chromosomes I and II for the O3:K6 strains isolated in American countries, relative to the reference strain RIMD 2210633, which was isolated in Japan, are presented in Fig. 2. For both chromosomes, the figure indicates the most common genetic mobile elements that were associated with the pandemic strains, which were identified as the 7 VPaIs, the phage f237, the secretion system (TSS), and the type I pilus, among others. The positions of each element corresponded with those in the genome of the reference strain RIMD 2210633, as described in Hurley et al. [29], Boyd et al. [30], and Chen et al. [31].

From the RAST web server analysis, the genes commonly associated with pathogenic strains were detected, in categories such as resistance to antibiotics and toxic compounds, phages, prophages, iron acquisition systems, stress responses, toxins, the regulation of virulence genes, secretion systems, flagellar motility, capsular and extracellular polysaccharides, siderophores, colonization, and biofilm formation. Based on the RAST results, using a function-based comparison tool, most of the differences relative to the reference genome RIMD 2210633 were identified in genes that were associated with categories other than pathogenicity.

The VPaIs 1, 2, 3, 4, and 6 were present in each genome of the Mexican strains, containing the same number of genes that were previously reported for RIMD 2210633. VPaI-5 was not detected in CICESE-188; however, this strain presented most of the mobile genetic elements, including transposase, hypothetical protein, lipopolysaccharides (LPS), phage f237, 2 secretion systems (T3SS-1 and − 2), an osmotolerance gene cluster, integron class I, type I pilus, a multidrug efflux gene cluster, ferric uptake, gametolysin, biofilm, degradative genes, and tdh gene, which are characteristic of pandemic strains. In VPaI-7, most of the Mexican genomes presented differences with the reference genome, in the genes VPA1312, VPA1313, VPA1314, VPA1316, VPA1318, and VPA1357. In addition, in most of the Mexican strains, the phage f237-like was not detected; a gap registered in chromosome II, associated with phage f237-like (6 o’clock), may be due to a close association with phage f237, which was registered in chromosome I.

Based on the BLAST matrix comparison, the homology between and within predicted amino acids is presented in Fig. 3. The analyzed genomes from strains isolated in various American countries registered a maximum of 4901 proteins within 4696 families, for CAIM 1400, whereas the reference strain RIMD 2210633 contained a total of 4832 proteins within 4654 families. The similarities in shared proteins between the American strains and RIMD 2210633 ranged from 79.6% (CICESE-188) to 88.8% (ATC210). The American strains presented higher percentages of similarities with each other, with CICESE-170 sharing 97.6% (4411) of proteins with CDC_K5058 and ATC210 sharing 97.8% (4393) of proteins with CDC_K5058. CICESE-188, isolated in 2009 in northeastern Mexico, presented the lowest percentage of shared proteins with all studied genomes. The homology among predicted amino acids ranged from 2.8 to 3.5%. Although no clear pattern was associated with isolation year, high percentages of shared proteins were registered between the Peru-466 strain, isolated in 1996, and the strains CICESE-170, isolated in Mexico in 1998, and ATC210, isolated in Chile in 1998, and these countries were the first American countries in which the pandemic clone was isolated. 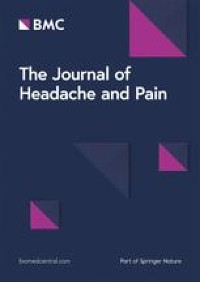 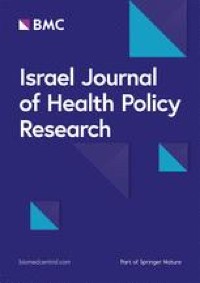 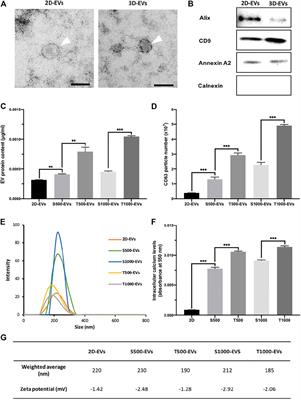 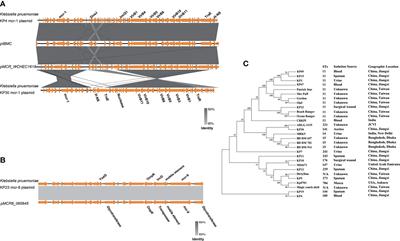