IJERPH, Vol. 18, Pages 10812: In Vitro Effects of Particulate Matter Associated with a Wildland Fire in the North-West of Italy

Wildland fires, increasing in recent decades in the Mediterranean region due to climate change, can contribute to PM levels and composition. This study aimed to investigate biological effects of PM2.5 (Ø &amp;lt; 2.5 µm) and PM10 (Ø &amp;lt; 10 µm) collected near a fire occurred in the North-West of Italy in 2017 and in three other areas (urban and rural areas). Organic extracts were assessed for mutagenicity using Ames test (TA98 and TA100 strains), cell viability (WST-1 and LDH assays) and genotoxicity (Comet assay) with human bronchial cells (BEAS-2B) and estrogenic activity using a gene reporter assay (MELN cells). In all sites, high levels of PM10 and PM2.5 were measured during the fire suggesting that near and distant sites were influenced by fire pollutants. The PM10 and PM2.5 extracts induced a significant mutagenicity in all sites and the mutagenic effect was increased with respect to historical data. All extracts induced a slight increase of the estrogenic activity but a possible antagonistic activity of PM samples collected near fire was observed. No cytotoxicity or DNA damage was detected. Results confirm that fires could be relevant for human health, since they can worsen the air quality increasing PM concentrations, mutagenic and estrogenic effects. 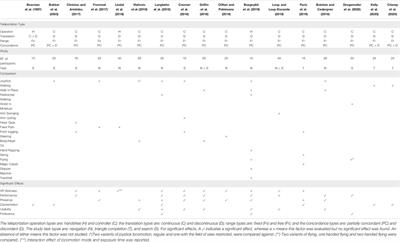 Teleportation in Virtual Reality; A Mini-Review

October 18, 2021
Hunting for Life on Mars by Studying Life on Earth