Atrial fibrillation (AF) occurs in 0.71% of the Chinese population aged 35 years or older, and the incidence increases sharply with age (1). In patients who have AF even after medical treatment, catheter ablation is an alternative approach that can reduce complications and improve quality of life (2, 3).

Recent studies have reported on the rate of recurrence of PAF 1–2 years following cryoablation and three-dimensional mapping-guided cryoablation (14), but the rate over longer periods has not been reported. This study aims to observe the long-term recurrence rate of these three approaches to catheter ablation in patients with PAF and explore potential clinical factors that can predict PAF recurrence after catheter ablation.

This study involved 275 patients whose first catheter ablation of PAF was conducted in our center from March 2015 to March 2017. Among them, 238 patients were monitored for 4 years, and this cohort was divided into one of the three treatment groups: RCA, 106 patients; Freeze, 66; and Freeze plus RF, 66.

PAF is defined as spontaneous cessation of atrial fibrillation within 7 days of onset. Patient inclusion criteria included the following: (1) the ablation was the first for the patient, (2) there was no evidence of valvular heart disease, (3) there were more than two episodes of atrial fibrillation within the previous 6 months for which antiarrhythmic medication had been ineffective, and (4) the patient was followed up after the operation. Patients with atrial thrombus visible in transesophageal echocardiography were excluded.

All patients signed an informed consent form before their operation, and this study was approved by the ethics committee of the second hospital of Hebei Medical University.

Among the 66 patients in the Freeze group, 24 (36.4%) used the first generation cryoballoon. Before carrying out right pulmonary vein ablation, a secondary catheter was placed into the superior vena cava. During cryoablation, a cycle time of 999 ms was used to make the right phrenic nerve pulsate. If diaphragm movement was reduced or became undetectable, cryoablation was immediately terminated.

In this study, patients were followed up weekly in the first month and then visited at 2, 3, 6, 9, and 12 months after discharge. The patients were then followed up once a year. ECGs, 24-h Holter records, and echocardiography images were examined at all visits. Patients with any palpitation discomfort during this period could come to the hospital at any time. In this study, recurrence of atrial fibrillation was defined by an ECG or 24-h ECG record of atrial fibrillation, atrial flutter, or atrial tachycardia lasting more than 30 s.

Examinations of real-time 3D ultrasound, 2D ultrasound, and transesophageal and Doppler echocardiography were carried out to measure left atrial size and function in all patients using a cardiac ultrasound device (iE33 machine equipped with X3-1 and X7-2t, Philips Medical Systems, Eindhoven, the Netherlands). Ultrasound parameters were measured under sinus rhythm in all patients. Left atrial (LA) dimensions were measured in the parasternal long axis view using 2D methods. LAMax refers to left atrial volume at the end of systole before opening of the mitral valve, while LAMin refers to the end of diastole before closing of the mitral valve. All patients underwent preoperative transesophageal echocardiography to obtain left atrial appendage emptying velocity (LAAEV). Left atrial appendage images were obtained from the base of the heart with the probe rotated by 0°, 45°, 90°, and 180°. LAAEV was measured using 1 representative value when rhythm was stable, or by averaging the value of 5 consecutive sinus waves when rhythm was variable due to respiration.

• Continuous variables are presented as mean ± standard deviation, and categorical variables as percentage with counts. Differences in continuous data between groups were compared using ANOVA. Chi-square tests or Fisher’s exact tests were used for categorical variables. Receiver operating characteristic analysis was performed to determine the optimal cut-off value for the LAAEV in predicting AF recurrence after a single procedure. Survival curves were generated by Kaplan-Meier analysis.

There were 238 patients enrolled in this study, including 106 patients in the RF group (mean age 58.05 ± 10.04 years), 66 patients in the Freeze group (mean age 59.2 ± 11.89 years), and 66 patients in the Freeze-plus-RF group (mean age 61.68 ± 11.57 years). Baseline demographics of the patients are shown in Table 1. Except for the low proportion of hypertensive patients in the RF group, there were no statistically significant differences between the three groups. The operation achieved complete pulmonary vein isolation for all patients. One patient developed pericardial effusion 2 h after the operation and recovered after pericardiocentesis. During follow-up, one patient developed gastrointestinal bleeding 3 months after surgery. There were no operation-related deaths, although two patients died of gastric cancer, and one died in an accident.

Clinical Outcomes After a Single Procedure

Table 2. Sinus rhythm after different periods of follow-up in the 3 groups.

Factors Associated With Recurrence of Atrial Fibrillation After Catheter Ablation

This is the first study to compare long-term recurrence of PAF among patients treated by radiofrequency ablation, cryoablation, or cryoablation plus RF. More than half the recurrences in each of the three groups occurred in the first year after surgery. The study also found that LAAEV was a predictor of late recurrence after ablation.

Several risk factors have been reported to be associated with recurrence of AF after ablation, such as hypertension and LA size and volume, among others (19–21). Two studies have found that a decrease in LAAEV is a predictor of recurrence of atrial fibrillation 1 year after radiofrequency ablation (22, 23). A decrease in LAAEV can also be used as a predictor of cardioversion in patients with nonvalvular AF (24–26). Our study found that high LAAEV was associated with a lower rate of AF recurrence. LAAEV is an important indicator of left atrial function (27). During development of atrial fibrillation, structural remodeling, atrial fibrosis and abnormal formation of atrial matrix will occur, resulting in decline of the left atrial function. These mechanisms are also the basis of AF recurrence after both drug and surgical cardioversion (28).

Wang et al. (6) reported that more than two-thirds of AF recurrence were in the first year after single or multiple procedures. Other studies have also shown that the rate of early recurrence of AF (ERAF, defined as AF recurrence within a 3-month blanking period) ranged from approximately 38.2–58.6% after a single ablation, and that ERAF significantly predicted late recurrence of AF (29–33). The mechanism of ERAF is unclear but is generally considered to involve acute thermal injury and an inflammatory response caused by radiofrequency energy and a transient reversible process (34, 35). In our study, we found that more than half of all recurrences were in the first year after a single operation. In addition to the above factors, others such as acute thermal injury and inflammatory response caused by catheter ablation may contribute to recurrence of AF. In addition, recovery of electrical connectivity between the pulmonary vein and left atrium, as well as trigger foci outside the pulmonary vein, may be more likely to occur 1 year after AF surgery.

Patients in this study came from a single center, which limited data variability. Both first and second generation cryoballoons were used with the Freeze and the Freeze-plus-RF groups, and there may have been differences in surgical outcomes using the two types of balloons. No patients had implanted devices that allowed continuous rhythm monitoring, and so some recurrences may have gone undetected. The main limitation of this article is that it was a non-randomized observational study, introducing potential bias which may have confounded the results.

Our study found that long-term recurrence rates were not significantly different between the three surgical methods. The first year after the operation had the highest rate of recurrence following catheter ablation. Left atrial appendage emptying velocity is a predictor of long-term recurrence of paroxysmal atrial fibrillation after a single operation.

The studies involving human participants were reviewed and approved by the Second Hospital of Hebei Medical University. The patients/participants provided their written informed consent to participate in this study. Written informed consent was obtained from the individual(s) for the publication of any potentially identifiable images or data included in this article. 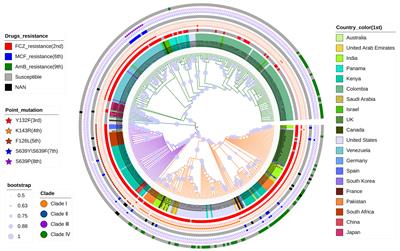 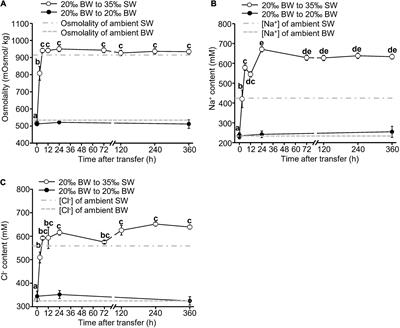 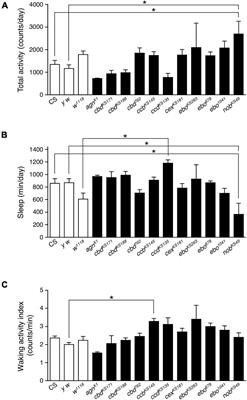