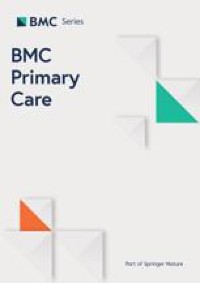 The study revealed that none of the studied physicians currently performed Pap smears in their PHC office. The reasoning behind this was that they lacked the clinical experience and time to do so, and that cytology was considered to be a procedure reserved for gynecologists.

Only about one quarter indicated that they had the facilities and materials required to perform Pap smears in their office. Almost 90% of surveyed doctors believed that if the service was available at their office, they could promote and encourage Pap smear screening among their patients on different occasions.

Most respondents expected a fee that would cover at least the costs of the basic procedures.

Among physicians who were unwilling to perform Pap smears in a PHC setting, the main reasons were the lack of specialized equipment and too little time to offer additional services to their patients.

No significant association was found between any individual characteristics factor and the willingness to perform Pap smears.

Strengths and limitations of the study

The data was collected from PHC physicians to examine potential barriers that limit patient access to cytology testing at their offices. The study was conducted at randomly chosen PHC offices, without selection bias.

The study was conducted with the minimal sample size and included respondents working in urban, suburban, and rural communities. The study was performed anonymously so we may suspect that doctors answered the questions truthfully.

The study, however, also had some limitations. The study has been conducted in one area of Poland (the Małopolska region) with relatively low number of participants and, therefore, a larger study covering other regions is needed for better representation and generalizability of the findings for the whole country. As predicted, the response rate was relatively low, although comparable to similar studies.

Comparison with other studies

A study conducted in 2016 in France, another country where PHC physicians do not typically carry out Pap smears, showed that almost one in three PHC physicians never performed cervical cancer screening [19]. This is still more often than in our study, where none of the studied PHC doctors performed Pap smears in their office. The study by Poncet et al. further found that the likelihood of abstaining from cervical cancer screening was more pronounced in male PHC physicians and the youngest age group [19]. This trend was also supported in an article by Rochoy et al. in 2017. published in France, which demonstrated that 78.4% of female and only 45.7% of male PHC physicians were engaged in the performance of Pap-smears [20]. As explained by one systematic review, this may also be because female physicians are generally found to screen more patients than their male counterparts [21].

In our study, there was no significant difference between male and female PHC physicians in terms of their willingness to perform Pap smears.

A study performed in 2019 by Maj et al. found that PHC physicians working in countries with a low PHC-physician-density per inhabitant were more likely to perform cervical cancer screening [15]. Conversely, PHC physicians working in countries with easier access to gynecological care, as well as in areas with a mean income lower than the national average, were less likely to perform cervical cancer screening [15]. Although the urban versus rural setting of the PHC physician was considered in our study, no statistical difference was observed in that respect.

In a study conducted in France by Favre et al., cervical smears performed by PHC physicians led to increased screening participation rates [16]. In their evaluation of the independent PHC physicians’ characteristics that predicted participation rates in patients, multivariate analysis showed that the only significant characteristic was whether the doctor performed smears or not. Although the authors of that study did not directly evaluate the willingness of PHC physicians to perform Pap smears, their findings are in line with our own observation that no associations exist between demographic and professional characteristics of PHC physicians’ and their willingness to perform cytology screening. Moreover, Favre et al.’s findings support our assertion that promoting the provision of Pap smears by PHC physicians would lead to greater coverage [16].

Most of the respondents in our study declared that if the service was available at their office, PHC physicians could promote and encourage Pap smear screening to their patients. It is worth noting that the main reasons brought up by those unwilling to perform Pap smears were the lack of specialized equipment and too little time to offer additional services. We may suspect that if these are provided, they might be more eager to change their attitude.

It has been shown that to encourage PHC physicians to support a national population-based screening program in primary care, several organizational issues must first be discussed, and the solutions must be implemented [23].

Promoting cervical cancer screening in a PHC setting might be an important strategy to increase overall screening rates. More than three quarters of physicians in our study are willing to provide cytology screening services to their patients. The barriers to performing Pap smears in a PHC setting are primarily of organizational kind and could be easily addressed. In addition, raising the awareness of the fact that in many countries Pap smears are mostly performed by family physicians as a routine procedure can help encourage Polish physicians to include them in their practice. The logistical barriers can be eliminated with proper funding by designated public health authorities [24]. The study establishes a baseline for additional public health funding to be allocated for preventive measures taken at PHC offices.

Furthermore, physicians’ beliefs may in turn positively influence their patients’ willingness to undergo screening [25, 26], which can help improve the overall screening rate from the standpoint of public health [27]. There is also a strong consensus that long waiting times for an appointment with a specialist are a huge barrier to cervical cancer screening [28]. Performing Pap smears in a PHC setting can alleviate the long waiting times at gynecology clinics and show that visiting PHC physicians for Pap smear purposes can be time-saving and convenient for patients [29]. Furthermore, in conjunction with the test, PHC offices can also offer public education to patients who may lack knowledge about cervical cancer and the need for screening [30]. Taken together, these factors are crucial for increasing cervical cancer screening rates in Poland, as greater accessibility makes it more likely that patients will accept and pursue screening procedures.

It has been shown that organized, population-based screening programs have the potential to achieve more efficient resource use and greater equity in systematically reaching the target population [13]. Giving Finland as an example, the attendance rate per invitation is 73%. The population-based screening program has markedly affected the cervical cancer rates in this country, where there has been an approximately 80% decrease in age-adjusted cervical cancer incidence and mortality rates since it was implemented [31].

In our study, the percentage of doctors who would be willing to perform Pap smears in their offices is high. There are many GP offices in Małopolska, also covering areas where gynecologists are not easily available. GPs collaborate closely with community midwives, who are their team members. Even though currently in Poland, certified community midwives, who are working in many GP offices are also eligible to collect Pap smears at GPs’ practices, it is performed very rarely. It seems that community midwives could easily be trained to support GPs in the implementation of the cervical cancer screening program, and even collect Pap smears themselves in collaboration and under the supervision of PHC physicians. To implement these changes, first appropriate research, piloting, and demonstration projects are necessary. However, the results of this study are promising and draw inferences for the development and implementation of a more effective cervical cancer screening policy in Poland.