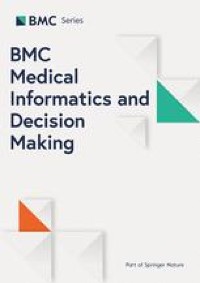 In this section, we first introduce RE based on document structure, and then RE based on external knowledge from two aspects: knowledge graph and entity description.

Relation extraction based on document structure

Given the five kinds of nodes above, we connect them with the following six kinds of edges, as shown in Fig. 3:

We further apply a linear transformation to all edge representations using the following equation:

Relation extraction based on external knowledge

We deploy a translation distance model, a semantic matching model and a graph model, that is, TransE [12], RESCAL [13] and GAT [14], to represent knowledge nodes based on knowledge graph respectively.

The max-margin function of negative sampling is used as the objective function of TransE:

RESCAL captures the potential semantics between two entities through the bilinear function as follows:

As shown in Fig. 5, RESCAL represents relation triples as a three-dimensional tensor ({mathcal{X}}), where ({mathcal{X}}_{ijk} = 1) indicates that there is a true triplet (leftlangle {e_{i} ,r_{k} ,e_{j} } rightrangle). The tensor decomposition model is used to model the relationship implicitly:

In addition, we also represent the knowledge node (ks) by the subgraph centered on the node using GAT.

where ({varvec{W}}_{EKS}) is a learnable parameter matrix.

Knowledge node representation based on description

In this paper, we use the following two methods to obtain knowledge node representation based on the entity description:

where ({varvec{W}}_{EKD}) is a learnable parameter matrix.

Following KEoG, with the help of the walk aggregation layer [17], a path between two entity nodes (i) and (k) of length (2l) can be represented as

where (alpha in left[ {0,1} right]) is a linear interpolation scalar to control the contribution of edges of length (l).

After obtaining the path representation of any entity pair of interest, we adopt the softmax function as classifier. Like in KEoG, both cross-entropy loss function and soft F-measure loss function are used as a part of the total loss function.