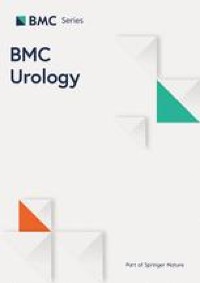 Although it has been 13 years since the first related survey in the USA [10], our results found that the overall diagnostic and therapeutic approaches to anterior urethral strictures in China have not changed much in comparison to developed countries [9,10,11,12,13]. There were, however, some discrepancies with American Urologic Association (AUA) guidelines [17]. In terms of the preoperative diagnosis, 78% of Chinese urologists did not rely on a single diagnostic procedure but rather used multiple methods, which is consistent with the AUA guidelines that one individual test cannot make a definitive diagnosis and that retrograde urethrography should be the primary choice [17]. Urethrography was the most common diagnostic method (90.7%) reported in this survey, which was higher than has been reported in other countries, including the Netherlands (72%), Turkey (55%), and Italy (22%). The percentage of urologists utilizing urethroscopy was similar to what has been reported in prior studies. Compared with the Netherlands (93.8%) and Turkey (69.7%), the utilization rate of uroflowmetry (53.7%) was low (Fig. 2A), perhaps because, in patients with typical symptoms of an anterior urethral stricture (e.g., dysuria) some urologists may not think a uroflowmetry examination is necessary. Additionally, 10.1% of urologists used urethral ultrasonography. Furthermore, a considerable number of urologists adopted invasive approaches during evaluations, such as trail urethral dilation and trail catheterization, which has not been mentioned in previous surveys or AUA guidelines.

Increasing evidence demonstrates that urethroplasty is the gold standard for treatment of urethral strictures [18]. However, our survey results showed that urethral dilation (92.3%) and IU (60.1%) were still the most commonly used procedures by Chinese urologists, which is consistent with all previous surveys. While Chinese urologists most commonly used urethral dilation, previous studies have shown a tendency to use IU (Germany, 87.2%; Turkey, 93.5%; China, 60.1%) (Fig. 2C). More than half of urologists preferred to use cold-knife IU, which is in accordance with our clinical practice. Also, only about one-fifth of respondents followed the AUA guideline [17] that the maximum suitable length for IU is less than 2 cm (Fig. 2B), which was higher than in developed countries, such as the Netherlands (16.6%), Germany (18.4%), and Italy (16.4%). AUA guidelines also recommend removing the urethral catheter within 72 h following a dilation or direct visual internal urethrotomy [17]. However, only 2.6% of our respondents followed this recommendation.

An article about learning curves of urologists pointed out that the average number of anterior urethroplasties required to reach proficiency (defined as a success rate of > 90%) is approximately 100 cases [19]. To our surprise, 33.3% of respondents stated that they had not performed urethroplasties, compared with 77% in the Netherlands, 73.2% in Germany, 60.8% in Italy, and 57.8% in the USA. However, the majority of respondents (77.3%) had performed less than five urethroplasties in the prior year, with only eight (8.9%) performing more than 10 cases. Therefore, most respondents were likely unfamiliar with urethroplasty. The rate of urethroplasty may also have been low because of financial factors, with some urologists believing that the cost of IU is less than that of urethroplasty. Although our survey did not address this problem, existing models have proven that urethroplasty is economically advantageous [19]. Santucci [20] stated that, if urethroplasty is not performed, patients with urethral stricture should be referred to urologists with expertise, instead of being treated with futile repeated dilation, which is similar to the expert opinions in the AUA guidelines. Furthermore, about two-thirds of urologists have performed urethroplastyies, but some still prefer minimally invasive surgery, such as urethral dilatation or IU. In fact, this is consistent with the treatment strategy of anterior urethral stricture that we learn from our survey.

In our survey, 72.2% of urologists considered urethroplasty only after failure of minimally invasive surgical approaches, with 23.8% believing that urethroplasty should be performed first if the indication is appropriate, which was almost identical to the rates in Germany, Italy, the Netherlands, and the USA (Fig. 2D). In addition, the practice role, hospital location, and participation in training were significantly different based on the treatment strategy (P < 0.01). Bullock et al. [10] considered that the “reconstructive ladder” strategy is erroneous, educating urologists to understand the high reference rate of successive IU and the myth of the reconstructive ladder is critical. But Clemens [12] argued that this treatment strategy is justifiable and the most cost-effective approach for short bulbar strictures. Topakta et al. [21] analyzed 133 patients who underwent urethroplasty for bulbar urethral strictures and evaluated the effects of a previous IU, demonstrating that the success rates for urethroplasties could be affected by a previous history of any endoscopic procedures, which suggests that a non-reconstructive ladder treatment approach may be more appropriate.

The MCA technique is a multivariate statistical analysis that can describe the correlation between different variables or between different categories of the same variable [15]. An MCA map can intuitively reflect the relationship between variables, especially for categorical variables. Based on the MCA results, there were significant differences in respondent demographics and surgery-related experience between urologists who had attended training and those who had not. Urologists were more likely to perform urethroplasties if they had attended training were in senior practice roles, were middle-aged or elderly, or if they utilized the reconstructive ladder treatment approach. Michael et al. [22] conducted an anonymous survey about barriers to accessing urethroplasty, with the results suggesting that the best predictor of a urethroplasty recommendation was formal training in urethroplasty. Therefore, we speculate that strengthening training may help to improve the diagnostic and therapeutic level to anterior urethral strictures. As the largest urethral repair referral center in China, our institution plays an important role in this task.

It should, however, be noted that our study has some limitations. First, our survey does not cover all the questions about the diagnosis and treatment of anterior urethral stricture, because we have to consider the answer time of the questionnaire. Second, the content chosen by urologists represents their main views on the diagnosis and treatment of anterior urethral stricture, but many factors in clinical practice may affect their final decision. Therefore, there may be differences in the actual treatment measures adopted by urologists and the choice of questionnaires. In addition, our response rate was low (21.7%). It is worth mentioning that the urologists who participated in our survey were general urologists. A certain percentage of urologists are not familiar with the field of urethral repair and reconstruction. This is the main reason why the response rate is not high. Our survey cannot guarantee that the respondents who participated in this survey were representative of general urologists in China in terms of age, practice role, hospital setting, etc., which may be related to our use of online surveys.