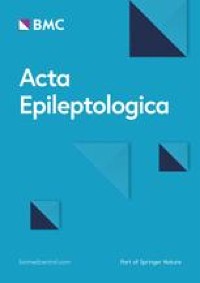 In this report, we presented a 5-year-old boy with LKS, accompanied by hearing loss with EVA caused by a homozygous mutation of c.919-2A>G in SLC26A4.

The SLC26A4 gene is expressed in endolymphatic sac, cochlea and vestibule [8]. Mutations in SLC26A4 are recognized as a cause for autosomal-recessive sensorineural hearing loss [8]. Previous literatures revealed different mutation spectra of SLC26A4 in different ethnic groups. A study in 107 Chinese patients with EVA has indicated that the c.919-2A>G mutation is the most common form of SLC26A4 mutation in Chinese [7]. Consistently, the homozygous c.919-2A>G mutation in SLC26A4 was considered as the pathogenic cause for the hearing loss in our case. The associated phenotypic spectrum with c.919-2A>G mutation ranges from the classical Pendred syndrome (goiter and prelingual profound sensorineural hearing loss) to the non-syndromic recessive hearing loss associated with EVA in the absence of goiter[5]; both are associated with EVA [7]. Here, our case presented with hearing impairment related to EVA but had no sign of goiter, which might be due to the young age. In patients with SLC26A4 mutations, there is a great deal of individual variation in the onset and progression of hearing loss and there are fluctuations in the development of hearing loss [9]. A cohort study concluded that patients with SLC26A4 mutation do not necessarily have identifiable hearing loss at birth and that nearly half of newborns can pass the neonatal hearing screening test, although they usually develop severe to profound hearing loss in early childhood [10]. Patients with EVA may have normal hearing in childhood and obtain normal speech and language development with the use of hearing aids [11]. Our case had normal speech and language development before 2 years old. At the age of 2.5 years, he was brought to a doctor due to remarkable language delay noticed by his parents, and then wore hearing aids which improved his language ability. The cohort study mentioned above has reported a significant and rapid-deterioration trajectory of the overall hearing loss in childhood (<5 years), which coincides with the language development period. In patients with biallelic mutations in SLC26A4, an average of profound hearing loss (>80 dB HL) would develop at the age of 3.2 years, and cochlear implantation is needed [10]. Cochlear implantation are suggested an effective method to provide patients with severe-to-profound hearing loss with hearing, along with excellent speech perception outcomes[11]. Ko et al. suggested that early implantation can provide EVA patients with the opportunity to develop their language skills through a gradual process similar to that experienced by children with normal hearing [12]. During the first year after implantation, patients can steadily develop speech perception and comprehension, and language improvement can be observed almost immediately [13, 14]. In our case, the cochlear was implanted in the right ear at the age of 4.7 years, resulting in a significant improvement of both hearing and language skills within 3 months post-implantation.

LKS, also known as acquired epileptic aphasia, belongs to the spectrum of ESES-related syndromes [1]. LKS generally has an onset at 2-9 years and peaks at 5-7 years [3]. The most crucial clue for the diagnosis of LKS is language degradation, which occurs in children whose language development or language improvement is related to the suppression of the epileptiform discharges [15]. EEG abnormality is also an important component of LKS, where regional spikes, especially those in the fronto-, centro-, or posterior-temporal areas are observed, and 40%–50% of patients might develop ESES [16]. Seizures occur in 70%–80% of LKS patients, which are, however, infrequent and easy to control [1]. Steroids can effectively reduce seizures and suppress ESES [16]. Consistently, here our case showed hallmarks of seizure onset at age of 4.4, and the seizures were easily controlled, with located posterior-temporal discharges and linguistic deficits. In LKS, the epileptic aphasia is featured by acquired verbal auditory agnosia. The parents noticed that the patient was unresponsive to their calls. The significant speech improvement paralleled ESES suppression after methylprednisolone treatment. In addition to verbal auditory agnosia, no other cognitive or behavioral impairments were observed. Combined with the predominant posterior-temporal discharges on EEG, the patient was diagnosed as LKS. The etiology of LKS is unknown. A recent study highlights the possibility LKS have a complex genetic pattern[4]. The underlying mechanisms of the antiepileptic effect of hormones are unclear. It has been suggested that changes in neurochemical transmission may be mediated by glucocorticoids and/or corticosteroid receptors [17]. LKS probably involves disordered distribution of anticonvulsant and proconvulsant neurotransmitters and networks in the speech cortex during development in childhood. In our case, the trio-based whole-exome sequencing identified no pathogenic or likely pathogenic mutations in previously reported LKS-related genes. Landa et al. have reported three patients with epilepsy, with co-existence of Pendred syndrome caused by biallelic mutations of SLC26A4 without details of these patients [18], and they thought the mutations of SLC26A4 may not be the direct cause for epilepsy. In this report, as the roles of mutations in SLC26A4 are unclear in the occurrence of LKS, the c.919-2A>G (IVS7-2A>G) mutation in the SLC26A4 gene seemed more like a coincidence in our case based on the sporadic case reports.