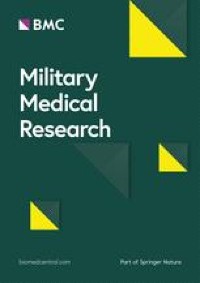 The prevalence of renal trauma ranges between 0.3 and 3.25% in the literature, and the most common causes are blunt trauma followed by penetrating trauma. The most common renal trauma classification is the American Association for the Surgery of Trauma (AAST) classification, with grades 1–5 [15]. Currently, except for hemodynamically unstable grade 4–5 renal trauma, renal injuries are followed up with a conservative approach. Surgical intervention is also considered in cases of significant vital changes related to renal injury.

Partial/total nephrectomy or nephrorraphy can be selected according to the type or degree of injury. Usually, the transperitoneal surgical approach is preferable because this route provides some advantages, such as the early control of large veins and arteries. Surgery for renal trauma comprises control of the bleeding by sutures, watertight closure of the collecting system, and closure of parenchymal injuries. Even preserving thirty percent of kidney capacity can provide adequate kidney function, and the renal capsule should be preserved in all possible cases for successful repair [16]. Sometimes, if the renal capsule is not available, a pedicle flap of the omentum, free peritoneal graft, free fat graft, or polyglycolic acid mesh can be used for coverage of a large defect. In this technique, the omentum is placed on the injured tissue and superficially sutured with monofilament absorbable sutures [17,18,19].

The omentum has long been known to have the capacity to migrate to injured organs such as bones, spinal cords, heart, liver, and pancreas and facilitate healing. Many studies have shown that a reduction in total nephron capacity may cause kidney failure in the future; thus, maximum protection of kidney tissue should be the main goal. Some suture materials and surgical techniques can be harmful to kidney tissue. For this reason, alternative techniques have been developed to better protect the kidney tissue, especially in cases of large amounts of tissue loss. One of them is to use the omentum or fatty tissue to repair the renal injury.

Mesenchymal stem cells (MSCs) can be obtained from adipose tissue, peripheral blood, or bone marrow. Another alternative source for repairing injured tissue is the omentum. It is a very vascular structure and is suitable to facilitate repair in case of injury, as it contains a large number of growth and angiogenic factors and progenitor cells for regeneration [20]. MSCs were first isolated from adipose tissue in 2001 by Zuk et al. [19]. It is well known that MSCs have multipotency, self-renewal, proliferation, regeneration, and differentiation abilities [20]. Of note, MSCs can accelerate tissue repair by direct migration to injured sites [21, 22]. Alternatively, MSCs may be administered locally or systemically for treatment. It is widely agreed that transplanted MSCs can directly reconstruct impaired organs. They have some specific features, such as endocrine (growth factors, chemokines, and cytokines with paracrine and autocrine activities), immunomodulatory (T-cells, dendritic cells, and natural killer cells), and anti-inflammatory effects [23]. These factors suppress the local immune system, inhibit fibrosis and apoptosis, enhance angiogenesis, and stimulate proliferation and differentiation. Iwai et al. [24] demonstrated that local injection of adipose tissue-derived MSCs facilitated attenuation of fibrosis.

The normal wound healing process includes endothelial injury, myofibroblast activation, macrophage migration, inflammatory signal stimulation, immune activation, matrix deposition, and remodeling. Especially in the first 24–28 h, many molecular reactions occur in the tissue. Fibroblasts are crucial elements in the inflammation process. Moreover, a functional microcirculatory bed is of critical importance for the prevention of epithelial loss and fibrosis [25]. Fibrosis is one of the most common and refractory pathological processes. Fibrosis is a redundant accumulation of extracellular matrix (ECM) in tissues by collagen reaction, and at the end of the recovery process, a thick fibrotic neocapsule can develop. MSCs can directly release hepatocyte growth factor and bone morphogenetic protein-7, which are important inhibitors of fibrosis. MSCs have been shown to exert antifibrotic effects in animal models by matrix metalloproteinases [26]. Unlike synthetic meshes, autologous MSCs are immune compatible, which is an advantage in the remodeling process.

In the present study, the granulation and inflammation scores in the kidney specimens were similar between the control and omentum repair groups. However, they were significantly lower in the omentum repair group than in the primary repair groups. This finding suggests that the omentum attenuates granulation and inflammation related to kidney injury. Transposition of autologous omentum may act by reducing macrophage infiltration and fibrosis.

In many studies, histological damage to the kidneys has been evaluated in tissues with the endothelial, glomerular, tubular, and interstitial (EGTI) scoring system [27]. This scoring system considers histological damage in 4 individual components (endothelial, glomerular, tubular, and interstitial) and is scored from 0 to 4. This scoring is performed in the renal cortex, especially for glomerular units. Therefore, we preferred to use a new scoring system for our histopathological evaluation so that it was possible to evaluate different components of regeneration in all of the kidney tissue.

There was a trend toward a decrease in urea and creatinine levels in the study groups. Additionally, there was no correlation between urea and creatinine levels and histological scores. These findings can be explained by the fact that we could not produce sufficient nephron damage with our trauma model. In the future, this experiment will be repeated with major kidney tissue damage. Contrary to our results, Garcia-Gomez et al. [12] reported that omentum was effective for the treatment of kidney injuries. In the context of the use of the omentum, progression to chronic kidney disease could be reduced in a rat model [12]. However, in that study, the kidney injuries were larger (5/6 subtotal nephrectomy).

The limitations of this study were that only blood creatinine and urea levels were used for biochemical evaluation of the renal injury and we did not measure the urine concentrations due to the technical inadequacy of urine collection from rats. Moreover, this study only included a qualitative histopathological analysis and lacked a kidney injury group without primary repair or omentum repair. The use of such a group might improve the quality of the evaluation of the effect of the primary repair and omentum repair. Last, the injury model used in this study did not cause an increase in urea or creatinine levels. Therefore, performing a similar study with a larger kidney injury model would provide a better evaluation of these interventions.