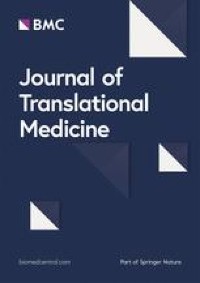 The experiments were approved by the Institutional Review Board of the 3rd affiliated hospital of Zhengzhou University. All participants provided written informed consent. Efforts were made to avoid all unnecessary distress to the animals.

The tissue samples of 79 MB patients were collected from the 3rd affiliated hospital of Zhengzhou University. The median age at diagnosis for MB patients was 9.94 years. Inclusion criteria: complete clinical data; MB confirmed via the pathologic diagnosis; no radiotherapy or chemotherapy before surgery. Exclusion criteria: incomplete clinical data; other primary tumors. Another 20 cases of normal cerebellar tissues were taken as a control via surgery excision after cerebellar hemorrhage.

Paraffin-embedded sections were deparaffinized in xylene and rehydrated in 100, 95, 90, 85, and 75% gradient series of ethanol. Then, the antigen was repaired in a citrate buffer (pH 6.0) at 120 °C, the endogenous peroxidase activity was blocked with 3% H2O2, and the sections were incubated with WDR82 primary antibody (1:200, Abcam, MA, USA) overnight and with the secondary antibody (1:500; Abcam). Diaminobenzidine-developed sections were counter-stained with hematoxylin solution.

BALB/c mice (Henan Experimental Animal Center, Henan, China) aging 6–8 weeks, weighing 18–20 g, were euthanized. The femur and tibia were taken, and the bone marrow was syringed by serum-free Roswell Park Memorial Institute (RPMI) 1640 medium and filtrated with a 70-μm mesh. The filtrate was centrifuged and lysed with 5 mL erythrocyte lysis for 5 min. The monocytes obtained were stimulated in RPMI 1640 medium containing macrophage colony-stimulating factor (M-CSF, Peprotech, 25 ng/mL) for 72 h, 48 h, and 24 h (the medium was renewed at each time point), thus to differentiate to M0 macrophages.

To generate M2 macrophages, M0 macrophages were incubated with 20 ng/mL interleukin (IL)-4 (Peprotech) and 20 ng/mL IL-13 (Peprotech) for 24 h. Cell morphology was observed under an inverted microscope, and M2 macrophages-related markers arginase1 (AGR1) and CD206 were analyzed by Western blot.

Exosomes were isolated from the culture supernatant of M2 macrophages with ultracentrifugation method. The collected culture supernatant was centrifuged at 500×g and at 2000×g to remove the cell precipitation and cell debris. The obtained solution was filtrated via a 0.22-μm membrane and centrifuged at 1,00,000×g. The precipitation was re-suspended with PBS and centrifuged at 1,00,000×g to obtain exosome precipitation. During this process, the temperature of the sample never fell below 4 °C. The quantity of exosomes was measured using the BCA Protein Assay Kit (Beyotime, Shanghai, China). Western blot, nanoparticle tracking analysis (NTA) and transmission electron microscopy (TEM) were used to identify M2-Exo.

Five μg of Exo, Exo-miR-155-3p mimic and Exo-mimic NC were co-cultured with 1 × 105 Daoy cells for 48 h when the cell confluence was 60%. Cells were collected for further experiments.

Transfected Daoy cells or Daoy cells treated with M2-Exo were cultured in 96-well plates, and analyzed by CCK-8 (Dojindo, Japan). The optical density450 nm value was detected on the micro-plate reader at 24 h, 48 h and 72 h.

Transfected Daoy cells or Daoy cells treated with M2-Exo were seeded in 6-well plates with 200 cells/well [22]. The experiment was terminated 2 weeks later when the colonies were visible. The cells were fixed with anhydrous methanol solution, stained with 0.1% crystal violet solution, and photographed. The number of colonies was counted using the Image J software.

A 24-well Transwell plate (Corning) pre-coated with Matrigel (BD) was used for cell invasion. Transfected Daoy cells or Daoy cells treated with M2-Exo (4 × 104) were seeded into the upper chamber. The medium in the upper chamber was FBS-free DMEM, and the medium in the lower chamber was DMEM supplemented with 10% exosomes-free FBS. After 24 h, cells transferred to the lower chamber were stained with 0.5% crystal violet and photographed under a microscope (Nikon, Japan).

Transfected Daoy cells or Daoy cells treated with M2-Exo were seeded with 5 × 104 cells per well into 24-well plates. After cell adherence, a straight line was drawn on the monolayer cells using a 10 μL pipette. Cells were cultured with FBS-free DMEM (500 μL/well) for 24 h and observed under an inverted microscope.

Transfected Daoy cells or Daoy cells treated with M2-Exo were seeded into 6 well plates with 1 × 106 cells/well. After culturing for 12 h, cells were resuspended with 100 μL buffer. According to the protocol of Annexin V-Fluorescein Isothiocyanate (FITC) Apoptosis Detection Kit (Beyotime), 10 μL FITC (50 mg/L) and 5 μL propidium iodide(50 mg/L) were added to the cultured cells. Then, cells were added with 200 μL binding buffer and loaded to the flow cytometer (FACSCalibur, BD Biosciences, NJ, USA).

BALB/c nude mice of specific pathogen-free grade, aging 3–4 weeks, were purchased from Henan Experimental Animal Center. To observe the effect of miR-155-3p on tumor growth in MB, Daoy cells (1 × 106) transfected with miR-155-3p overexpression lentivirus, miR-155-3p low expression lentivirus were suspended in 100 µL PBS and injected subcutaneously in the left groin of nude mice. To observe the effect of M2-Exo on the growth of MB, Daoy cells (1 × 106) were subcutaneously injected into the left groin of nude mice. Meanwhile, 5 mg exosomes (Exo, Exo-miR-155-3p mimic and Exo-mimic NC) were administered into mice via tail vein injection once every 3 days for 2 weeks. The tumor volume (V  = 1/2 × L  ×  W2, L  =  tumor length, W  =  tumor width) was measured every 7 days with a vernier-caliper. A tumor growth curve was drawn and all nude mice were euthanized after 28 days.

Total RNAs were isolated form tissues, cells, exosomes using Trizol (Invitrogen), and A260/A280 was determined by an ultraviolet spectrophotometer. RNA concentration (μg/μL)  =  (A260 × 40 ×  dilution factor)/1000. The purity should be 1.8–2.1. For WDR82, cDNA was collected from RNA (2 μg) through first-strand cDNA synthesis kit (Thermo Fisher Scientific) while for miR-155-3p, that was collected through NCode miRNA first-strand cDNA kit (Invitrogen). Real-time PCR was performed on the ABI7900 PCR system (Applied Biosystems, CA, USA) using SYBR Green PCR Master Mix (Takara, Dalian, China). The loading control of miR-155-3p was U6, and that of WDR82 was β-actin. The relative expression was calculated by 2−△△Ct method and the primer sequences are shown in Additional file 1: Table S1.

Statistical analyses were performed with SPSS 21.0 (IBM, Chicago, IL, USA) and Graphpad Prism 6.0 (GraphPad Software, La Jolla, CA, USA). Data were presented as mean  ±  standard deviation (SD). Student’s t test was applied to evaluate the significance between two samples. analysis of variance (ANOVA) was used for comparison among multiple groups, and Tukey’s post hoc test was applied for pairwise comparison after ANOVA. Correlation analysis was conducted by Pearson test. The correlation between miR-155-3p expression and the clinicopathological characteristics of patients with MB was determined via chi-square test or Fisher’s exact test. Predictors were kept if they were significant at a P value of 0.05 or smaller.

Mental health and satisfaction with partners: a longitudinal analysis in the UK – BMC Psychology