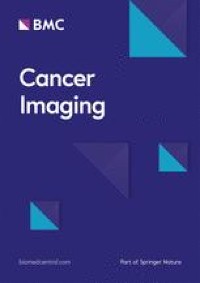 Epidemiological studies report a rapid increase in the incidence of melanoma over the past 50 years or so, primarily in Caucasians, despite some slowing of the rate of increase around 1990–2000, probably reflecting increased awareness of the risk of excessive sun exposure and consequent UV damage to DNA. Unlike other solid tumors, melanoma mostly affects young and middle-aged people. The median age at the time of diagnosis of melanoma is 57 years [1]. However, in Australia, which has one of the highest incidences of melanoma in the world, the rate of new diagnoses increases with age, particularly in males. Close to 80% of cases present with early-stage disease (https://ncci.canceraustralia.gov.au/diagnosis/distribution-cancer-stage/distribution-cancer-stage) and have high survival rates. High-risk melanoma represents a major burden on society through both direct costs and loss of productivity.

Less than 5% of all primary melanomas arise from sites other than the skin. These include mucosal surfaces, meninges and the choroidal layer of the eye, which have a common ectodermal origin [2]. Mucosal melanomas can arise in the nasopharynx, larynx, tracheobronchial tracts, esophagus, anorectal and genitourinary tracts. Approximately 50% affect the head and neck region with a predominance in the sinuses and nasal cavities [3]. Mucosal melanomas are considered to be more aggressive than their cutaneous counterparts, possibly linked to delayed diagnosis with larger tumor masses, and metastatic extension at diagnosis (30%).

Uveal melanoma is a distinct clinico-pathological entity, differing in many aspects from cutaneous melanoma, including a distinct set of associated mutations [4, 5]. Its clinical course is unpredictable and metastatic disease can develop after a long disease-free interval.

Approximately 3% of metastatic melanomas are of unknown primary [6]. This potentially reflects spontaneous regression of the primary as a result of innate immune responses.

Pattern of spread of melanoma

The main cause of death in melanoma patients is widespread metastasis. Metastases develop in regional lymph nodes, as satellite or in-transit lesions, or in distant organs. In-transit metastases occur in 5 to 8% of patients with high-risk melanoma of the limb and can present as single or multiple (sub) cutaneous nodules close to the primary tumour (satellitosis if < 3 cm from the primary tumour) or scattered over the whole extremity [7]. They can appear synchronously together with the primary tumour or as a regional relapse, and frequently precede the appearance of systemic metastases [8]. Prolonged survival can occur following locoregional therapies [9].

When it comes to distant metastases, autopsy cases have shown that multiple organ metastases were present in 95% of the patients, the most common organs involved being lymph nodes (73.6%), lungs (71.3%), liver (58.3%), brain (49.1%), bone (48.6%), heart (47.2%), adrenal glands (46.8%), and gastrointestinal tract (43.5%) [10]. A varying percentage (14% [11] to 67% [12]) of patients presenting with single organ metastasis at the time of tumor relapse has been reported in large series of patients referred to surgery, though these figures were reported at a time when modern PET sytems were not routinely used for staging and restaging of melanoma patients.

Rather than spreading to regional nodes, uveal melanoma metastasizes haematogenously, predominantly to the liver [13, 14]. Metastases to the liver develop within 15 years after the initial diagnosis and treatment in approximately 50% of patients with posterior uveal melanoma [4, 5].

18F-FDG PET/CT has been proven to have high diagnostic performance for the detection of soft-tissue, nodal and visceral metastases at initial staging or during follow-up [15] and is able to identify tumor response early in the course of TKI treatment [16]. In the framework of immunotherapy, 18F-FDG PET/CT has the unparalleled capability of assessing tumor response on a whole-body basis and detecting signs of immune activation as well as immune-related adverse effects (irAEs) [17,18,19,20,21,22].

In addition to the usual compliance with PET tumour imaging guidelines and harmonizing standards [23], several points regarding the PET acquisition protocol need to be raised. First, while including the brain in the field of view is not routine at many PET centres, the skull base should be included, at least for therapy assessment examinations, so that immune-related hypophysitis can be detected. While MRI is the preferred method for assessing brain and leptomeningeal metastases from melanoma, the high metabolic activity of melanoma, particularly when accompanied by surrounding vasogenic oedema can make intracranial involvement readily apparent on PET and given the small incremental imaging time to acquire from the vertex of the skull, this is recommended by the authors. When the arms are elevated to improve imaging of the thorax and axillae, more of the upper limbs are also included when whole-brain imaging is acquired.

Second, accurate staging or restaging of patients with melanoma of the extremities requires a whole-body acquisition in the case of primary tumour located on the lower limbs and the arms along the body for primary tumours located on the upper limbs. Indeed, digital PET using small-voxel reconstructions [24] or modern reconstruction algorithms [25] brings an additional value for the detection of in-transit metastases in melanoma patients, by reducing the number of indeterminate findings and minimizing falsely negative scans compared to earlier PET systems. It is noteworthy that for overweight patients, hands should be positioned on the pelvis to avoid any truncation artefact of the arms at the edges of the field of view [26].

If myocardial metastases are suspected, a special diet, long fasting period and heparin can be used to suppress physiological myocardial 18F-FDG uptake [27].

Antibiotics in the medical and surgical treatment of necrotizing enterocolitis. A systematic review – BMC Pediatrics