Polypharmacy and the occurrence of potential drug–drug interactions among geriatric patients at the outpatient pharmacy department of a regional hospital in Durban, South Africa – Journal of Pharmaceutical Policy and Practice 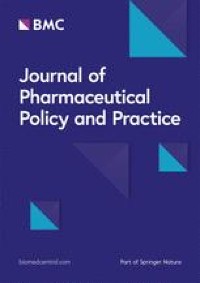 Prescription charts of 250 geriatric patients, 60 years and older, were reviewed for this research study. The demographic information obtained from the reviewed prescription charts included age, gender, and type of prescriber contact, i.e., primary patient contact with either a level 2 prescriber (regional hospital doctor) or a level 3 hospital doctor (specialist prescriber). Other demographic information such as educational status, employment history, income, and patient’s race could not be ascertained or verified as the research study was retrospective and did not include patient contact or interviews.

The average (SD) age in years of sampled geriatric patients was 69.72 ± 7.22. The majority of the sample population were female, 67.6% (n = 169), with males comprising 32.4% (n = 81). This resulted in a female to male ratio of 2:1 and a potential limitation for the differences in results between females and males observed in this research study.

The demographic characteristics of the study population are presented in Table 1.

The variables extracted from reviewed prescription charts included the following: the number of diagnosed clinical problems (acute and chronic), the number of prescribed medications, and the number of potential drug–drug interactions identified according to the clinical severity and mechanism of actions.

The number of diagnosed clinical problems

The data presented in Table 2 represents the total number of diagnosed clinical problems identified in this research study per age category and gender.

The number of prescribed medicines

The number of potential drug–drug interactions

According to the data extracted from reviewed prescription charts, 63.9% (n = 87) of prescribed medicines classified by pharmaceutical formulations were oral tablet formulations, equivalent to 78.9% (n = 2394) of all prescribed medicines. The oral tablet formulations were subsequently analysed for the occurrence of potential drug–drug interactions, PDDIs, using the free online multidrug interaction checkers, Epocrates, for clinical severity of action due to a large medicine reference database [30]. These interactions are described as minor (caution advised), moderate (monitor or modify treatment), major (avoid or use alternative), and contraindicated interactions [30, 31]. Medscape drug interaction checker was used for the analysis of the mechanism of action, i.e., pharmacodynamic, pharmacokinetic, and unknown interactions, due to a definite indication for the type of mechanism of action compared to Epocrates.

The analysis for potential drug interactions per prescription chart produced 2570 PDDIs with an average (SD) of 10.30 ± 7.48 per patient from 95.4% (n = 83) of oral tablet formulations. One liquid preparation was included in the analysis due to the active ingredient in the preparation, morphine sulphate.

The most-prescribed oral tablet formulation for this research study was paracetamol, appearing on 73.6% (n = 184) of prescription charts with a frequency of 210 involvements in PDDIs. However, aspirin was responsible for the most PDDIs (n = 559) although the medicine was prescribed 157 times (62.8%) compared to paracetamol, 184 times (73.6%) (Fig. 2).

Potential drug interactions by severity and mechanism of action

A chi-square analysis (p < 0.05) between the variables, gender and polypharmacy was considered statistically significant, χ2 (1, n = 250) = 6.177, p = 0.013. Therefore, a significant relationship was confirmed between gender (females) and the occurrence of polypharmacy according to the results of this research study.

The number of prescribed medications and potential drug–drug interactions

Two hundred and forty-one (241) prescription charts reviewed produced at least one PDDI with an average of 10.30 (SD ± 7.48) potential interactions.

The number of prescribed medications, potential drug–drug interactions, and type of prescriber contact

Multivariate test of associations between variables

A summary of significant results from the chi-square test of associations (chi-square, p < 0.05) between the reviewed variables is presented in Table 4.

However, further analysis to determine the relative strength or contribution towards this mutual association as co-variables, showed that the number of prescribed medicines or polypharmacy was the strongest contributor towards the occurrence of PDDIs with a standardized coefficient beta of 0.583 (statistically significant, p < 0.05). The type of prescriber contact was statistically insignificant (p value = 0.467), providing a weaker contribution as a co-variable towards the occurrence of a PDDI according to the results of this research study.

The summary of the analysis showing the relative contribution of the variables; the number of prescribed medicines (polypharmacy) and the type of prescriber contact towards the occurrence of PDDIs are presented in Table 6.

STAT3 and SPI1, may lead to the immune system dysregulation and heterotopic ossification in ankylosing spondylitis – BMC Immunology