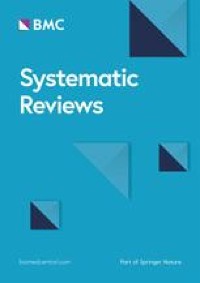 After removing duplicates in Endnote and Covidence, 2145 studies were screened against their title and abstract. Overall, 71 studies were included for full-text reading, which resulted in eight studies eligible for inclusion. Two additional studies were identified as relevant when the search was rerun in September 2021. Details are presented in Fig. 1.

QoL outcomes were assessed using a variety of instruments. The validated 36-Item Short Form Health Survey (SF-36) was the most frequently used questionnaire and was used in four of the studies included in this analysis [14, 17,18,19], and SF-8 was used in one study [21]. Other measurement tools included the Impact of Events Scale (IES) [14], General Health Questionnaire (G.H.Q.) [16], Hospital Anxiety Depression Scale (H.A.D.S) [16], Social Problem Questionnaire (S.P.Q.) [16], Functional Assessment of Cancer Therapy-Kidney Symptom Index-15 (FKSI-15) [19], the European Organisation for Research and Treatment of Cancer Quality-of-life Questionnaire Core 30 (EORTC QlQ C-30) [15], and EQ-5D-5L [20].

Complications were narratively described in four studies [14, 15, 17, 20], and three studies used the Clavien-Dindo classification to assess complications [18, 19, 21]. Only one study explicitly described the time of assessment of complications [19]. Study characteristics are shown in detail in Table 2.

We adjusted question six of the CASP checklist for cohort studies with regard to follow-up, given that we included four cross-sectional studies, by adding the option of entering “not applicable” (n/a) to the response choices [11]. Overall, we found that all observational studies included in our analysis had a clearly focused objective and recruited patients in an acceptable way. Two studies did not account for possible confounding factors in the study design or analysis [17, 21], and one of them was unclear whether the follow-up of subjects was complete, as no data on response rate or subjects lost to follow-up were presented [17]. We applied “Can’t tell” to five studies with regard to the applicability of the results to the local population [14,15,16,17, 21], mainly due to cultural differences and the age of the publication, due to the rapid developments in surgical treatment for RCC and NSS [4]. The only RCT study included received a “yes” to all questions in the CASP Randomized Controlled Trials Checklist [12]. In Table 3, we present details of the quality assessment.

Shinohara et al. and Ficarra et al. found higher scores of QoL after PN compared to RN [15, 16], whereas Clark et al. found no differences in the SF-36 domains between mandatory PN vs. elective PN vs. RN [14]. However, Clark et al. found that self-reported remaining renal parenchyma correlated positively with several QoL domains [14]. In four studies with a longitudinal design, Onishi et al., Sandbergen et al., Breau et al., and Watanabe et al. presented changes over time from baseline measurements [17, 19,20,21]. Sandbergen et al. reported a small decrease in QoL at one month compared to baseline with regard to the “role-physical functioning and social functioning” after CA regardless of LCA or PCA, whereas Onishi et al. reported no changes in any SF-36 domains 1 week after RFA, compared to baseline. However, they presented figures indicating decreased QoL scores for “bodily pain” and “role-emotional functioning” 1 week after RFA compared to baseline. Furthermore, Onishi et al. report a gradual increase in all SF-36 domains up to 24 weeks after RFA. Watanabe et al. showed similar results regarding all QoL scores after robot-assisted PN (RAPN). Sandbergen et al. found that all patients recovered to baseline QoL values 12 months after PCA and LCA. Likewise, Breau et al. found no significant change in levels of global health 12 months after open PN (OPN). Wang et al. reported no statistically significant differences in any of the SF-36 domains between laser-assisted partial nephrectomy (LLPN) and laparoscopic partial nephrectomy (LPN) 12 months after treatment [18]. A summary of key findings is provided in Table 2.

There was substantial heterogeneity in measurement tools and time-periods of measurement in the included studies. Five out of eight studies used the SF-36 questionnaire, or a subset thereof, to assess QoL [14, 17, 19, 21]. Wang et al., Sandbergen et al., and Watanabe et al. used the SF-36 or SF-8 12 months after treatment [18, 19, 21]. Sandbergen et al. and Watanabe et al. reported their results on graphs, making comparisons difficult [19, 21]. Clark et al. used SF-36 with a follow-up of 39 ± 23 months and do not show results stratified by treatment type [14]. Onishi et al. used SF-36 at 1 week, 1 month, 3 months, and 6 months after treatment and reported graphical results of differences in values from baseline [17]. The two remaining studies included in our analysis used other QoL measurement tools. Therefore, a comparison was not possible.

In the eight studies that assessed QoL outcomes after NSS of stage T1 RCC, a total of 491 patients received PN, 24 patients received CA, and 20 patients received RFA. The seven studies that assessed post-treatment complications included 435 patients who were assessed after PN, 24 patients after CA, and 20 patients after RFA. Comparison of QoL outcomes across the eight studies was not possible due to the lack of exact QoL results presented in the individual studies, and the lack of separate data for NSS. QoL results were descriptively reported or reported on graphs, which did not allow for data extraction for comparison or meta-analysis. In half of the studies regarding PN (n= 150), PN was compared to RN in the original studies and in a retrospective design. Across these studies, we found higher, post-treatment scores of QoL after PN compared to RN. In the prospective studies of PN, we found that QoL increased or returned to baseline levels. No studies were identified that compared PN to ablative therapies for stage T1 RCC. One study showed a small decrease in QoL at the short-term follow-up after CA, but found that patients returned to baseline levels of QoL at the mid-term follow-up. With regard to RFA, one study reported no decrease in QoL after treatment and a gradual increase during a follow-up of 24 weeks. Our analysis of the eight included studies found a complication rate up to 20% after PN, up to 12.5% after CA, and no complications reported after RFA.