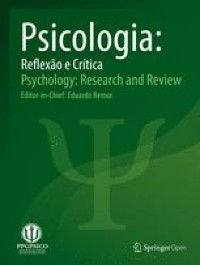 Though there are several models of self-regulated learning (Panadero, 2017), we chose to focus on both the Model of Strategic Learning (Weinstein, 1994) and the self-regulated learning model (Zimmerman, 2000, 2002) as theoretical frameworks because, as mentioned in Arcoverde et al. (2020), the models of Weinstein (1994) and Zimmerman (2000, 2002) consider learning a complex process, which involves the regulation of cognitive, metacognitive, motivational, affective and behavioral factors.

These two models are congruent yet vary in scope and emphasis (Bortoletto & Boruchovitch, 2013). Zimmerman’s model places greater emphasis on cyclical phases involved in self-regulated learning with strategic planning, usage of learning strategies, and reflection on learning strategies usage occurring during different self-regulatory phases. Weinstein’s model emphasizes self-regulation as one component within a larger strategic learning model consisting of skill, will, self-regulation, and the academic environment. Each model addresses similar factors and makes similar assumptions that students are capable of intentionally improving learning and motivational processes and outcomes. Each model highlights the importance of students’ employment of learning strategies and of having robust self-efficacy beliefs to achieve academic success. Moreover, these models agree that strategic and self-regulated learning can be taught (Ganda & Boruchovitch, 2018; Weinstein, 1994; Zimmerman, 2000, 2002, 2013). Learning and study strategies and self-efficacy for learning are the major variables investigated in the present study.

In the strategic learning model proposed by Weinstein (1994), the components considered controllable by students are divided into three main categories: skill, will, and self-regulation. The skill component refers to knowledge about how to effectively use a variety of learning strategies and thinking skills. The will component consists of motivation and emotions, which can contribute to and detract from academic success. Finally, the self-regulation component refers to factors involved in self-managing learning processes, strategically, on global levels, and in real time. The global level involves the use of a systematic approach, on the part of the student, for long-term learning, for example: managing time in months or years. Self-regulation of real-time learning includes the acts of managing and reducing high anxiety, using metacognition to monitor learning success, monitoring and regulating the use of efficient learning methods and strategies, managing time at a micro level (during a task, for a few hours), focusing attention and maintaining concentration over time, among other possibilities (Weinstein, 1994; Weinstein et al., 2016).

The self-regulated learning model proposed by Zimmerman (2000, 2002, 2013) states that self-regulation consists of an interdependent cyclical process that comprises three phases: forethought, performance or volitional control, and self-reflection. The forethought phase involves setting learning goals and strategically planning to achieve them. The performance or control phase refers to the implementation of actions to achieve the learning goals set and planned in the previous phase. It is at this time that students implement learning strategies, monitor their own performance, and record their progress. In the self-reflection phase, students reflect on the results obtained, considering the goals set in the forethought phase. Reflections in this last phase guide students as to whether they need or not to modify their behavior to achieve success in future learning situations.

Learning strategies are integrated sequences of procedures that are chosen in order to facilitate the acquisition, storage, and/or use of information or knowledge (McCombs, 2017; Weinstein, 1994; Weinstein & Acee, 2018). By teaching learning and study strategies to students, it is possible to help students become more active in their learning process. According to the literature (McCombs, 2017; Weinstein, 1994; Weinstein & Acee, 2018), students are expected to learn how to use learning and study strategies consciously and effectively, but educational institutions rarely teach them to do so. In fact, students have little access to strategies that can help them learn over the years of schooling (McCombs, 2017; Weinstein & Acee, 2018; Zimmerman & Schunk, 2008). Therefore, there is a need for designing interventions to help students acquire learning strategies to improve these gaps (Bembenutty & Karabenick, 2004; Graham et al., 2005; Zimmerman & Schunk, 2008).

Just as learning and study strategies are relevant for students’ academic performance, beliefs of self-efficacy for learning are also important. Self-efficacy beliefs concern the judgments students make about their ability to perform a given task (Bandura, 1997). The more students consider themselves capable of accomplishing a task, the more they will engage, persist, and strive in its fulfillment. However, if they feel they are not able to accomplish the task successfully, they are less likely to sustain effort towards accomplishing the task (Bandura, 1997; Bzuneck, 2009; Pajares & Olaz, 2008; Schunk & Greene, 2018; Zimmerman, 2000, 2002; Zimmerman & Schunk, 2011).

As mentioned by Arcoverde et al. (2020), Brazilian research on the use of learning and study strategies among Higher Education students is still incipient, if compared to the international literature. This is especially the case regarding teacher education programs in the fields of Natural Sciences and Mathematics (Arcoverde et al., 2020; Ganda & Boruchovitch, 2019).

Moreover, the literature indicates that first-year students tend to report more strategy use than those who are more advanced in their course of study (Bortoletto & Boruchovitch, 2013; Boruchovitch et al., 2020; Endo et al., 2017). However, Silva et al. (2016) showed that students sampled closer to the end of their college studies mentioned using more learning and study strategies than did their counterparts sampled closer to the beginning of their college studies. Conversely, Ribeiro and Silva (2007) did not find statistically significant differences in students’ self-reported use of learning strategies in relation to course semester.

Results regarding the impact of age in the report of the use of learning strategies have also shown some inconsistencies. While some studies have suggested that older students tend to deal better with anxiety and are more likely to employ cognitive and metacognitive strategies and seek academic support when compared to their younger counterparts (Bortoletto & Boruchovitch, 2013; Boruchovitch et al., 2020; Braten & Olaussen, 1998), other studies have found the relationship between age and learning and study strategies to be null (Bartalo & Guimarães, 2008; Silva et al., 2016), and one study indicated that younger students mentioned using more learning strategies than older students (Martins, 2016). Concerning students’ undergraduate program degree areas, studies have shown no statistically significant differences in self-reported learning and study strategies among students from different degree programs such as Librarianship and Archival Science (Bartalo & Guimarães, 2008), Pedagogy, Physical Education, Biological Sciences, Letters and Literature, Mathematics and Chemistry (Boruchovitch et al., 2020) and Health, Humanities and Exact Science areas (Lins, 2013).

The importance of identifying what Brazilian students in teacher education programs do to study and learn, how efficacious they feel to deal with academic demands, as well as the relevance of understanding how sociodemographic variables impact students’ report of the use of learning and study strategies and their self-efficacy beliefs for learning, coupled with the scarcity of research on these variables in Brazilian samples motivated the present study. In consonance, the objective of this study was to investigate the learning and study strategies and the self-efficacy for learning beliefs of licentiate students of all the teacher education programs (Biological Sciences, Chemistry, Physics, and Mathematics) offered in a Brazilian Federal Education Institution in Piauí-Brazil and examine them in relation to age, gender, licentiate area, and course semester. We believe that the present research is relevant to educators working in teacher education programs and scholars studying strategic and self-regulated learning and motivation in college students. We hope that the results of this study may be useful not only to rethink the education offered in teacher education programs but also to guide the design of interventions aimed at strengthening learning and study strategies and self-efficacy for learning beliefs of future teachers.

To what extent do undergraduate students majoring in Biological Sciences, Chemistry, Physics, and Mathematics report using learning and study strategies and holding robust beliefs of self-efficacy for learning?

Do students’ learning and study strategies scores as well as their self-efficacy for learning beliefs scores differ by age, gender, licentiate area, and course semester?

H1: Students will report low scores in learning and study strategies and will have moderate beliefs of self-efficacy for learning.

H2: The reports of the use of learning and study strategies and of self-efficacy for learning beliefs will differ by age, gender, licentiate area, and course semester.

Considering that this study is exploratory in nature and that the literature is scarce and inconclusive regarding the direction of these differences, we do not have specific hypotheses about how such differences will emerge in the sample.