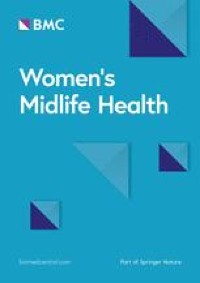 The baseline WHI form asked participants to “describe your race or ethnic group” and “if of mixed blood, which group do you identify with most?” Six categories were offered: (1) American Indian or Alaska Native; (2) Asian or Pacific Islander (ancestry is Chinese, Indo- Chinese, Korean, Japanese, Pacific Islander, Vietnamese); (3) Black or African-American (not of Hispanic origin); (4) Hispanic/Latino (ancestry is Mexican, Cuban, Puerto Rican, Central American, or South American); (5) White (not of Hispanic origin); and, (“8”) Other (Specify). As WHI recruitment was nearly complete in 1997, no changes were made to baseline forms when the NIH made two modifications to the collection of race and ethnicity data to (1) separate “Asian” from “Native Hawaiian or Other Pacific Islander”, and (2) change the term “Hispanic” to “Hispanic or Latino”, thereby clearly distinguishing five race categories and two ethnic categories, “Hispanic or Latino” or “Not Hispanic or Latino” [38].

The 10 “minority recruitment sites” sites averaged 43% enrollment of women in the targeted ethnic and racial groups, with only one site (Honolulu, Hawaii) achieving the ≥60% enrollment goal [38]; however, considerable efforts to achieve the overall 20% study goal were put forth by the other 30 sites, which averaged 7.5% racial and ethnic target enrollments. Thus, 18.5% of the women who enrolled in the WHI clinical trials and 16.7% of the women who joined the OS identified as one of the four targeted race or ethnic groups. [“Other” was checked by 1849 participants and 413 participants left the question blank.]

When recruitment strategies were evaluated [28], the use of population-appropriate recruitment materials and strategies was cited as a key driver of diversity in enrollment, including culturally-relevant approaches, such as the Embajadoras-led program [39]. Accessibility to a dense target population was also important. For example, the WHI CC in New York City outperformed half of the “minority recruitment sites,” with 37.7% enrollments from targeted race and ethnicity populations.

In 2003, a WHI Special Populations Advisory Committee led an effort to collect new self-identified race and ethnicity data from active participants, using U.S. 2000 Census categories [28]. Participants were asked to identify both their ethnicity and race in two separate questions.

The WHI Race and Ethnicity Task Force (WHI R&E TF) recommended that WHI apply the 2003 (self-identified) categories to the baseline (1993–1998) categories, using a mapping algorithm which is presented as a diagram in Fig. 2. WHI investigators have been instructed to apply these revised race and ethnicity data in future analyses, unless papers are focusing on genetic ancestry or admixture, or if authors have good scientific justification. This has enabled WHI to generate a WHI Cohort Ethnic and Racial Distribution table that conforms to current NIH requirements which was not previously available (Table 1). This activity also enabled WHI investigators to get more detailed information on Hispanic/Latina ethnic subgroups, as well as Asian and Pacific Islander subgroups and multi-racial identities of WHI participants (Table 2).

One of the driving forces for this effort was the desire to determine how representative of the U.S. population of women, aged 50–79 the WHI was, with respect to race and ethnicity, at baseline. The R & E TF laid out Ethnicity and Race by 5 year age groups for these new categories, in juxtaposition with the 1995 US Census, the latter of which combined Asian and Pacific Islander women (Table 3). When considering total U.S. data for this 30-year age range, the proportion of White WHI participants (86.0%) was slightly lower than the proportion of White U.S. women in 1995 (86.8%), whereas the proportion of Black/African American WHI participants was lower (8.9%) than the U.S. population (9.9%) The age distributions also differed between these groups, with a much higher percent of younger (midlife-aged, i.e. aged 50–64 years) Black women and a lower percent of older (65–79 years) Black women than the U.S. population (Table 3). This was likely a consequence of the WHI decision to stop enrolling White women aged below 55 years in 1996 and below age 60 in 1997, when the prespecified proportion of women by age group, i.e. 10% for ages 50–54 years and 20% for ages 55–59, had been achieved, whereas recruitment of Hispanic women and women of the targeted racial groups continued to the end of the recruitment period in 1998. As seen in Table 3, WHI enrolled a lower proportion of American Indian/Alaska Native women aged 50–79 than resided in the U.S. in 1995, and a higher proportion of older Asian/Pacific Islanders; whereas, with the exception of women ages 50–54 years, the proportion of WHI participants who identified as Hispanic/Latina was substantially lower than the 1995 Census reported for women aged 50–79 years.

Retention of WHI participants has differed by race and ethnicity, such that as of September 2019, with re-consenting required at two time points (2005 and 2010), 89.1% of participants in the current WHI Extension Study cohort, now aged 70 years and older, identified as White at baseline, while the percent of Black/African American had dropped (from 8.9%) to 6.3%, despite their younger baseline age, and the proportion of Hispanic/Latina participants dropped (from 4.5%) to 3.4% (Table 4). Yet, according to 2019 Census estimates for women ages 70 and over, 9.7% of the U.S. population identified as Black/African American and 8.4% identified as Hispanic/Latina. The current WHI analysis of factors related to this lower retention of Hispanic/Latina, Black, Asian, and Native American/Alaska Native women over the nearly 25 years of follow-up is focusing on social determinants of health and structural racism and bias in the context of long-term participation in the study.

One consequence of the strategy of designating “minority recruitment centers” to enhance racial and ethnic diversity was a potentially confounding influence of geographic and regional sociocultural factors on racial and ethnic comparisons. For example, among 7312 participants who identified as Hispanic/Latina (Table 2 and Fig. 3), the Miami site enrolled most of the Cuban WHI participants, the New York site enrolled the majority of the Puerto Rican participants, and the San Antonio (Texas), La Jolla (California) and Tucson (Arizona) sites enrolled most of the Mexican American participants, whereas other Texan and California sites enrolled fewer. Enrollment of women who identified as “other Spanish/Hispanic/Latina” was more variable. Similarly, any comparisons between “Asian” and “Pacific Islander” participants is confounded by the fact that 54% of the “Asian” and 69% of the “Pacific Islander” WHI participants were enrolled at the Honolulu (Hawaii) site and most resided on the island of Oahu, with most of the mainland Asians being enrolled by California WHI CCs (Fig. 4). On the other hand, the larger numbers and more even distribution of Black and White participants enrolled across the U.S. (Fig. 4 and Supplemental Figs. 1 and 2) offers an incredible opportunity to study the role of geographic region on health, including comparisons between Black and White WHI participants, taking into account differences by age and SDOH. Indeed, analyses are underway to explore differences and similarities across WHI race and ethnic groups and factors associated with structural racism and biases, taking into account differences associated with WHI geographic regions, e.g. Northeast, Southeast, Midwest and West. (See Supplemental Figs. 1, 2, 3, 4, 5, 6 for the distribution of each race (Figs. 1, 2, 3, 4, 5) and ethnic (Fig. 6) group by WHI Clinical Center).