The relationship between reward context and inhibitory control, does it depend on BMI, maladaptive eating, and negative affect? – BMC Psychology 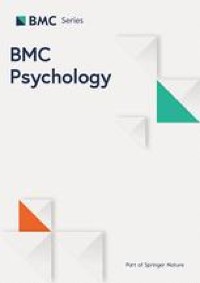 Our results indicate that higher BMI is associated with reduced inhibitory control in a food context relative to a neutral one. In addition, explorative correlational analyses seem to indicate that maladaptive eating and negative effect were associated with reduced inhibitory control in the food context. In contrast to our hypotheses, effects with the exception of rumination, did not generalize to the money context.

In a previous study, it was already reported that higher BMI was associated with reduced inhibitory control in a food context relative to a neutral context. However, one important limitation challenged the interpretation of effects. More specifically, in Houben et al. [11] counterbalancing of conditions was omitted, meaning that all participants were provided with the same order of tasks, neutral condition first followed by the food condition. This means that the interaction between BMI and condition regarding inhibitory performance, could also be explained by an interaction between BMI and time. Importantly, a previous study from Nederkoorn et al. [26], in which only a neutral stop task was employed, reduced inhibitory control in the group with obesity relative to the normal weight group, was only evident at the last part of the task. This means, that the effect reported in Houben et al. [11], could potentially be due to time (and potentially induced stress) instead of reward context. This limitation was addressed in the current study in which counterbalancing of condition order was employed. As mentioned, results are congruent with previous findings [11, 20].

In line with previous reports [36], the explorative correlational analyses suggest that maladaptive eating patterns that promote overconsumption of palatable food (uncontrolled eating and emotional eating) are associated with challenged inhibitory control, specifically in a food context. This is an important finding as, to the best of our knowledge, previous studies have not thoroughly assessed food specific inhibitory effects, as most studies omitted a control condition that included non-reward stimuli. As hypothesized, rumination was also associated with reduced inhibitory control in both reward contexts. This finding supports the notion that trait rumination may affect reward-related information processing. Interestingly, in a previous report, using the monetary incentive delay (MID) task in a never-depressed sample a significant positive association was found between trait rumination and neural response in areas of the Salience Network to monetary reward anticipation (reward cues) compared to loss anticipation (loss cues) [37]. However, the MID task differs from the go/no-go task used in our study in many ways, both studies show that reward processing might be altered in relation to rumination. Further studies need to investigate whether the relationship between rumination and reward processing may vary as a function of the type of the reward or the process (e.g. inhibition, switching, anticipation etc.) implemented in task performance.

As mentioned, it was expected that the negative association between BMI, maladaptive eating, stress and rumination on the one hand and inhibitory control on the other in the food context relative to the neutral context, would be mirrored in the contrast between the money context relative to neutral context. However, except regarding rumination, our results did not support that notion. One might argue that this implies that the challenged inhibitory control is restricted to food contexts and may not generalize to other reward contexts. However, one limitation of the current study may be the operationalization of the non-food, reward condition operationalized by stimuli representing money. We employed the money condition because stimuli of money are obviously different than food, but are also known to trigger primary reward related activity [38]. However, it should be noted that money not only represents a different reward object, but also a different class of reward. To elaborate, whereas food can be regarded as an intrinsic reward, money related stimuli become rewarding/reinforcing only after an operant learning process over time. Now as mentioned, the mechanism implicated in obesity shows significant overlap with that implicated in substance use disorder [39], and cross sensitization for different substances and associated stimuli may (at least partly) explain comorbidity between maladaptive eating and substance use disorder. However, following our results, one might argue that cross sensitization is more restricted to reward related stimuli that are intrinsically rewarding as opposed to non-intrinsic reward related stimuli. The latter would be one question that could be addressed in future studies.

On the other hand, results from Godefroy et al. [40], may suggest an alternative explanation. They employed a structural equation modeling approach and showed that effortful control was associated with enhanced self-regulation in eating, which in turn, was associated with reduced appetite reactivity. This may suggest that, even though cross-sensitization may enhance motivational and response tendencies towards other reward-associated stimuli (in line with e.g. Tsegaye et al. [12, 13], maladaptive eating and associated adiposity due to reduced temperamental inhibitory control, may be specifically evident in a palatable food context.

It should be noted that the relation between BMI and inhibitory control in the food context relative to the neutral context was only statistically significant in our exploratory analysis when including BMI as a categorical (median split) variable. Following Houben et al. [11], we decided to perform such approach as the relationship between BMI and inhibitory control is not necessarily linear. One may note that one disadvantage of a median split strategy is that it can make results relatively sample dependent, as groups are not formed based on an apriori criterion regarding group assignment. For instance, the latter would entail assigning participations to an overweight/obesity group and control group based on BMI value. However, in the current study the aim was not to specifically focus on overweight and/or obesity, but to assess the general relationship between BMI and inhibitory control. Importantly, testing the difference between the overweight/obese group and normal healthy weight controls would result in unequal sample sizes and especially small sample size of the overweight/obese group.

One other limitation, at least perceptually, is that the study was conducted online. However, it should be emphasized that recent studies consistently show that online cognitive psychological experiments can generate reliable and valid data, comparable to those conducted in a controlled lab environment [41, 42]. Of course, it is still possible that participants did not take the experiment seriously or did not understand the task. However, we controlled for this potential issue and excluded those participants that did not respond consistently to go trials, indicated by the proportion of omissions to those trials.