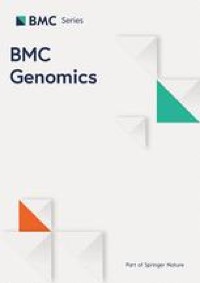 To elucidate the consequence of mutations on grain size development, we performed morphological analysis using tc19 and Chang7-2 in two locations for 2 years. We found that the length, width, thickness, and 100-kernel weight of the mature seeds of tc19 were significantly greater than in Chang7-2 (Table 1). Grain length in tc19 increased by 3.57%, grain width increased by 8.8%, and grain thickness increased by 3.88% compared with Chang7-2. The grain volume and 100-kernel weight of tc19 increased by 18.75 and 16.92%, respectively. However, ear length and ear weight in tc19 were significantly lower than in Chang7-2 (Table 1).

First, all of the parameters for RNA quality met the library construction standards. After Illumina sequencing, we generated 20-35 M reads for the samples (Table 2). Q30 for all the samples ranged from 93.8 to 94.7%, the GC content ranged from 52.76 to 56.22% (Table S2). After alignment, more than 70% of the reads in each sample were aligned to the reference B73 genome sequence (Zm-B73-REFERENCE-NAM-5.0) (Table 2). PCA analysis successfully classified samples into different groups (Fig. S1). The pearson correlation among different groups were higher than 0.97 (Fig. S2). These results confirmed that the data were reliable.