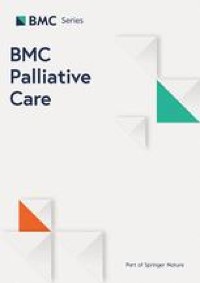 Members of the Pall Pan consortium identified 81 health care workers, that met the inclusion criteria from all over Germany. From those 81 possible participants 31 attended five focus groups, that took place between October 1st to October 28th 2020. The others refused participation due to work load during pandemic or scheduling difficulties. Each focus group comprised between four and eight participants and lasted 60–90 min. The reasons to refuse participation were primarily the high workload due to the high number of patients or not meeting the inclusion criteria and lacking replies. No further demographic data was collected despite profession, gender and type of hospital to be able to secure the identity of all participants. Furthermore, it was not relevant for achieving the study objective. In total, 19 doctors, nine nurses, one physiotherapist, one psychologist and one hospital hygeniest (a specialist trained in hygiene and infectiology, doctor or nurse, who fulfils tasks relating to advice and implementation of hygiene measures) took part in the interviews. The number of participating physicians is higher than those of other professions, especially compared to the nurses. The detailed allocation is shown in Table 2.

Although it was not intended, the evaluation showed data saturation. This was identified because there were hardly any new findings in the last interviews and no new findings in the last focus group conducted. In total, 13 main categories, having two to eight subcategories each, were extracted from the material. Furthermore, six key categories were identified. These together with the remaining main categories are shown in Fig. 1.

Table 3 shows the key categories and which content they comprise.

All participants named the existing visiting restrictions and prohibitions as a challenge for the patients. Due to banned visits, patients became lonely, leading to more work for the staff. So that they hardly knew how to do their work and which guidelines they should follow.

“However, […] at the BEGINNING, when everyone was just so insecure, […] there was this complete ban and then there was also no more left and right at first.”

After some time, the participants reported, dying patients without SARS-CoV-2-Infection could be visited in exceptional cases. However, seriously ill, not immediately dying patients, already hospitalized for a long period, still could not be visited.

“So especially at the beginning […], there were no visiting possibilities for not dying people at all, there are long-term intensive care patients over three, four weeks, who are simply NOT visited, […] is […] VERY, very difficult for the relatives.”

For those infected with SARS-CoV-2, visiting restrictions were in force. At some hospitals, even up to the time of the interview, dying patients with COVID-19 often were not allowed to be visited. As the pandemic progressed, inconsistent handling of the given rules depending on the regional infection situation and the availability of protective equipment led to additional uncertainty and a feeling of injustice. Many of the participants reported that after the first wave of the pandemic had subsided, intensive efforts were made to find uniform solutions within the hospital. At most hospitals, one person per day was henceforth allowed to visit a patient at certain times, which was still not perceived as sufficient.

“Even the possibility to allow one relative for an hour per day is actually still not quite enough.”

The opportunities for staff to communicate with relatives were changing significantly as a result of the pandemic. Introduced visiting restrictions led to major communication deficits. For relatives it was rather difficult to comprehend the disease process without personal contact, because there was no visual impression.

“And relatives simply MISS the visual impression that is created in intensive care, what it means, that someone is critically ill.”

Good and reliable communication with relatives was essential for the participants to include them in the course of events. Therapeutic interventions needed to be discussed with the authorized family members if the patient was unable to consent.

“This aspect of communication in the acute situation: How do I talk to the relatives?”

Nonface-to-face discussions about changes of goals of care pose an even greater challenge in terms of communication. Due to the pandemic-related restrictions, alternative ways of communication had to be identified, according to most participants.

“What was also very pronounced initially, but I also think is very important, is intensive contact via other ways, such as telephone calls.”

Many participants mentioned that communication via (video) telephone was more difficult than in face-to-face meetings. Ensuring good communication with relatives in a critical situation without their physical presence was a considerable additional burden for the team, especially timewise.

“We did it in such a way that we made regular daily telephone calls, some with video, some without. Which was simply difficult to represent time-wise inpatient care on the side.”

Weekly telephone consultations for relatives or conversations with particularly distressed relatives in the outside area of the clinics also provided alternative communication channels.

From the beginning of the pandemic strict adherence to hygiene rules, which were infection control practices, was the focus of all participants efforts, despite the initial major shortage of protective equipment.

“We also had […] no material. We started the […] pandemic with seventy protective masks for a 430-bed hospital.”

The implementation of hygiene measures with scarce resources resulted in a significant logistical and time overhead. Limited interaction due to the distance created and limited facial expressions due to the protective equipment, led to further challenges in dealing with each other for some participants.

“I found it very, very difficult (-) to maintain that DISTANCE.”

Although the implemented hygiene measures could be understood, some participants emphasized that they still need to be proportional to the circumstances.

“Why is it possible to provide pastoral care for a Methicillin-resistant Staphylococcus aureus patient […] and NOT for a COVID-patient? In my opinion, everything is possible as usual with appropriate care and hygienic measures.”

“And what I found very POSITIVE was this good cooperation among the work team, how we all developed together.”

“that she/ I, for example, provided the patients with basic care together with the doctor, while the intensive care nurse also took care of the ventilation parameters. That was a really good Team work.”

In the meantime, the possibilities of interdisciplinary and interprofessional cooperation were also used beyond the hospital boundaries. Regarding seriously ill or dying patients, some participants reported a very helpful and close cooperation with the inpatient specialized palliative care.

“Well, I also remember caring for somebody at the end of life. Also […] in collaboration with […] the colleagues from palliative medicine. […] I like to remember how we were able to accompany the relatives.”

“What I would like to see in the future is that somehow palliative medicine and intensive care […] get on the same page and at least once a week the patient’s status is roughly […] checked and potential […] palliative medicine connections could take place.”

Determination of patient will

It was observed consistently that patients were treated in intensive care without discussing therapy goals beforehand. Overtreatment was a common result, further exacerbating resource constraints. Although this is not a new issue and was described by participants as a problem that existed before the pandemic, the pandemic exacerbated it [13]. During the focus groups, especially nurses controversially discussed the topic “goals of care”. Some participants explained that, despite clearly expressed patient wishes, timely changes in goals of care did not always occur. Thus, changes in therapy goals or limitations were hardly ever discussed.

Furthermore, within the focus groups, cases were described in which the patient’s will was not obtained until a significant deterioration in their health status had occurred.

“They wait until it really gets worse and then ask for an advance directive, which is sometimes difficult for us especially in […] oncology.”

However, other participants had the impression that the open and detailed discussion of goals of care had increased. In this regard, limited resources provided a critical incentive to learn about patients’ wishes at an earlier stage.

“We discussed goals of care A LOT and extensively. Therapy OUTCOMES were discussed […] in MY opinion, perhaps even more than we used to.”

According to many participans, the lack of opportunities to say goodbye led to great distress of patients and their relatives, but also of the treatment team. Saying goodbye is an important part of relationships for all concerned. During the first wave, it was hardly possible to say goodbye to a patient with COVID-19. Some participants explicitly emphasized that farewells and support must also be possible during a pandemic.

“I BELIEVE it is IMPORTANT that people need to be accompanied […] when they die.”

Some participants described their experiences with patients in the dying process who could not be accompanied by their relatives because of their infection.

“So when COVID-patients passed away, unfortunately relatives could not join them. They passed away alone in that room, cared for by us.”

In these cases, a (video)-telephone farewell was sometimes possible before intubation.

“But it could be quickly established that […]video telephony […] has become POSSIBLE, and that has actually been the case in SOME cases that patients, BEFORE they were intubated, could again actually […] have contact with their relatives via video.”

In the further course after the first wave, farewells were allowed again in many places. Individual participants reported that until the day of the interview, still no personal farewells were possible for infected patients.

“In the COVID-rooms they are still not allowed to go in. So that’s still, if somebody dies there, the relatives cannot go to see their loved ones.”

Participants described alternatives used in their clinic or ward. These include photos taken of the deceased to share with loved ones or a farewell room where deceased persons were laid out and given a farewell by the staff. Another participant reported a laying out room in the pathology department exclusively for deceased persons with infect, to provide an opportunity to say goodbye at least after death.