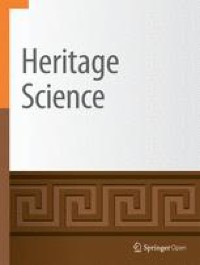 The timing of alfalfa being introduced into Turpan

As noted before, according to Shiji and Han Shu, alfalfa and grape were introduced into China from the Dayuan state after Zhang Qian’s two diplomatic missions to the Western Regions (139 BC and 119BC). Examining these records in more detail, we can found that these two plants were actually firstly cultivated in the vicinity of imperial palace, which situated in Chang’an (today’s Xian city; [9, 10]). Based solely on the record of textual sources, we still know little about the early history of alfalfa cultivation in other places of China. Turpan is located in Xinjiang, which belonged to the geographical range of the Western Regions and was near Central Asia. An ancient grapevine was discovered in the Yanghai Cemetery, which demonstrated that cultivated grape was introduced into Turpan as early as 300 BC and before the travels of Zhang Qian [24]. How about the spread timing of alfalfa into Turpan? Since 2004, systematical archaeobotanical studies have been applied on the archaeological sites of Subeixi culture (1200 BC–AD 100), including Yanghai Cemetery, Shengjindian Cemetery, Jiayi Cemetery and Yuergou Site. Large quantities of plant remains of economic and cultural significance have been identified, such as Vitis vinifera, Cannabis sativa, Artemisia annua, Capparis spinosa, Xanthium strumarium, Lithospermum officinale and various cereal crops [24,25,26,27,28,29,30,31,32,33]. However, no archaeobotanical remains of alfalfa have been discovered to date. Previous studies indicated that the indigenous people of Turpan mainly subsisted on animal husbandry, with agriculture and hunting supplemented, during the period of Subeixi culture [34, 35]. Consequently, forage plant should naturally play a vital role in the daily life of Subeixi people and it is reasonable to assume that if alfalfa had been introduced into Turpan during this time span, there would be some archaeobotanical finds of it in those archaeological sites. In these connections, we deemed that alfalfa was probably brought in Turpan after the opening up of the Silk Road. To clarify this issue clearly, more archaeobotanical studies should be conducted on the archaeological excavation in Turpan.

With reference to the Flora of China, there are 13 species of Medicago in China currently, including Medicago sativa, Medicago polymorpha, Medicago lupulina, Medicago falcate, and so on. In the Zagunluk cemetery, only remains of M. sativa were discovered [16]. As the Medicago remains of Xuanquanzhi site of Han dynasty, a military site near Dunhuang of Gansu Province, have never been scientifically identified, their source of species is unclear [15]. Thus, this present work represents the earliest and sole archaeobotanical finding of M. lupulina in China to date. Although there are quite a few historical literatures recording Medicago plant, the overwhelming majority of them didn’t name specific species and more likely referred to M. sativa, which is the most important species of Medicago. To the Ming and Qing dynasties (AD 1368–1912), several ancient texts, such as Jiuhuang Bencao, Bencao Gangmu, Zhiwu Mingshi Tukao (An Illustrated Book of Plants, AD 1841–1846), briefly depicted the morphological characteristics of some taxa of Medicago [12, 13, 36]. However, these records have raised great controversy up to now. For example, Laufer noted that the two kinds of wild species of Medicago recorded in the Zhiwu Mingshi Tukao were M. lupulina and M. falcate [7], while Sun et al. considered them as M. polymorph and M. falcate [37]. Based on the written resources, the history of other species of Medicago, except for M. sativa, can be only traced back to the Ming and Qing dynasties. Our study demonstrated that M. sativa has been introduced into Turpan during the Jin and Tang dynasties.

The early cultivation and use of alfalfa in Turpan

According to historical sources, alfalfa has been used in many aspects by ancient Chinese from early on. Its tender leaves were used as vegetable and selected for making soup. The seeds of alfalfa were sometimes served as cereal. In addition, different parts of alfalfa have pharmaceutical values and it was utilized as an important traditional Chinese medicine [38, 39]. As in other areas, the most important utilization of alfalfa was used as fodder for ancient Turpan people. The remains of M. sativa (Sample 1) were uncovered with large amounts of cereal fruits, such as broomcorn millet, foxtail millet, wheat, hulled barley and naked barley. Some Kharosthi documents (The documents were written in the Kharosthi script, which was a writing system originally developed in today’s Pakistan and Afghanistan) unearthed from the Niya site (first century BC to fourth century AD) recorded that purple flowered alfalfa (M. sativa) was an important fodder in the Jingjue state and it was sometimes mixed with cereal crops to feed livestock [40, 41]. The combination of coarse and fine feed could provide more comprehensive and balanced nutrition for livestock and reduced the consumption of cereal crops. This feeding method could also be used by the Turpan people. On the other hand, considering that the remains of sample 1, 2, 3 were small in number, we couldn’t rule out the possibility of unintentional introduction. As to sample 4, they were found inside of a pillow, which indicated that M. sativa were not only used as forage but also pillow filler in ancient Turpan. In addition, previous studies demonstrated that wheat and naked barley straw were the most common materials for making pillow filler in the Astana Cemetery [42]. It seems likely that the indigenous people preferred to use the by-products of agriculture and animal husbandry as pillow filler, which were cheap and easy to get.

After the opening up of Silk Road, Turpan was established as an important tuntian (state-organized farming system) settlement and military garrison for the Han dynasty to control the Western Regions [43]. With large numbers of Han people migrated to Turpan, various advanced agricultural techniques and tools spread there and significantly improved local agricultural production [44, 45]. The available evidence indicated that the subsistence strategy of Turpan people had turned into a largely agricultural economy by the Jin and Tang dynasties [42]. Nevertheless, due to the special geographical location and environmental condition, many aspects of Turpan society was influenced by the surrounding nomads and animal husbandry still occupied a certain position in the local economy. According to Liangshu, Turpan was famous for producing fine horse during the period of Gaochang kingdom (AD 460–640; [46]). In addition, unearthed animal figurines and remains as well as relevant records of paper documents from the Astana Cemetery demonstrated that cattle, sheep, pig, donkey and camel were also raised in Turpan at that time [17, 47, 48]. It seems that besides cereal crops, alfalfa was the most important fodder for livestock. An unearthed document dating to the Northern Liang dynasty (AD 397–439) recorded that the children in school were asked to harvest alfalfa, suggesting that alfalfa played an important role in the daily life of local inhabitants [44]. In addition, a document of tax account unearthed from Turpan detailed the items levied from common people of Kanshi Gaochang kingdom (AD 460–488), including firewood, grape, wine, alfalfa and so on [49]. These articles were provided to the king of Yanqi state (today’s Yanqi county of Xinjiang) and his attendants, who were on their way to the imperial court of Rouran (the nomadic people who inhabited the Mongolian Steppe during the fourth to sixth centuries; [50]). As a crucial transit point on the Silk Road, numerous merchants, emissaries and travelers would passed by Turpan every year and needed various supplies, especially food and fodder.

By the Tang dynasty (AD 618–907), with the further growth of local population, the scale of animal husbandry in Turpan appeared to have been expanded. In another official history book, Xintangshu, it recorded that there were 8000 households and 4000 horses in Turpan in AD 640, which means on average every two households had a horse [51]. During this period of time, Turpan was incorporated into the direct management of central government and became one of the most important military strongholds in the northwest frontier. A large army was stationed in Turpan and the amount of allocated warhorse was also quite huge. Moreover, in order to ensure the smooth flow of the Silk Road and maintain the effective connection between the central dynasty and Western Regions, Changxingfang, a specialized transportation organization with thousands of livestock was established [52]. In addition, it was very prevalent for the indigenous inhabitants in Turpan to raise livestock during the Tang dynasty. The most common domestic animal seemed to be sheep. Both the archaeological finds and unearthed documents from the Astana Cemetery illustrated that the meat of sheep have been eaten as one of the main food source, its leather and wool were used for making clothing, and even the dung could be used as manure. Meanwhile, owing to the need for ploughing and transportation, cattle and horse were also raised on a large scale among the common people [53,54,55].

According to the record of unearthed documents from Turpan, the livestock were mainly reared in captivity, occasionally grazed on the pasture and the main fodder for them included wheat, hulled barley, naked barley, broomcorn millet, foxtail millet and alfalfa [48, 54, 56]. An unearthed document recording the land operating situation in a county of Turpan demonstrated that there were fields exclusively planted with alfalfa and its cultivated area was only outnumbered by mulberry, grape and Chinese jujube among cash crops [57]. Alfalfa is not only a high nutritional forage, but also a plant with strong regeneration capacity, which have been early recognized by the ancient Chinese people. According to Qimin Yaoshu (Arts for the Common People, AD 533–544), a famous agricultural book, alfalfa could be cultivated and collected three times a year [58]. In Turpan, alfalfa was also harvested several times in order to provide enough hay fodder for livestock. An unearthed document noted that the Puchang county handed over a certain amount of alfalfa, which was harvested in autumn, to the higher authority and these hay fodder would be stored for the livestock of Changxingfang to get through the coming winter [56]. Another document recorded the price of alfalfa reaped in spring [59]. Additionally, due to its nitrogen-fixing abilities, alfalfa was usually used to improve soil fertility from antiquity to the present. In numerous agricultural books of the Ming and Qing dynasties, it is recorded that alfalfa could be highly effective in mix or rotation cropping system [38]. Notably, a document excavated from the Astana Cemetery recorded that alfalfa was planted before hemp in a county of Xizhou government, which illustrated that the local people of Turpan have been well-acquainted with its attribute of fertilizing soil by the Tang dynasty. Taking into account all these written resources relating to alfalfa together, we could draw a conclusion that the production scale of alfalfa in Turpan was rather huge during the Jin and Tang dynasties.