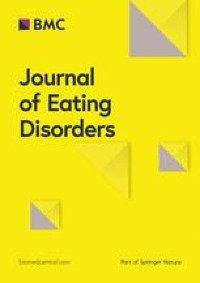 The patient is a nine-year-old female who was admitted to a pediatric hospital medicine service with malnutrition (body mass index Z-score of -2.14), stunted growth (height Z-score of -2.28), and several medical complications of malnutrition including xerophthalmia secondary to vitamin A deficiency, vitamin B12 deficiency, and iron deficiency anemia. The cause of malnutrition was thought to be inadequate food intake alone after other organic causes were ruled out. Organic work-up included endoscopy to rule out signs of inflammatory bowel disease or eosinophilic esophagitis, thyroid function studies, sweat chloride test, pancreatic elastase, and celiac panel.

The patient displayed the three characteristics of ARFID presentation to varying degrees. Her mother first noted significant picky eating at age two, which further worsened over time. By early school-age years she would exclusively eat specific foods, limited to popcorn, mashed potatoes, French fries, potato chips, and ramen soup. For each of these there was only one or two brands of the foods that she was willing to eat. The patient became markedly distressed when presented with a new food to try, stating “I’m afraid I won’t like it and I’ll spit it out.” She displayed a low appetitive drive and stated that often she just is not interested in food. Her mother described the patient requiring reminders to eat including need for teachers at school to supervise her lunch and encourage her to eat. She reported that she sometimes is unable to try new foods due to specific smells, tastes or textures. At times, the patient endorsed a fear of vomiting or having an allergic reaction to foods, although this seemed to be inconsistent. The patient and her mother both described these symptoms to be impairing to daily functioning, including limiting social opportunities with peers, limiting patient’s participation in certain family outings due to food selection available.

In addition, the patient’s mother noted rare but consistent comments by the patient regarding body image. For example, when watching a football game on television, she exclaimed that she wanted to look like the cheerleaders. When interviewed about body size and weight, the patient endorsed that she liked being small, noting positive comments she has received from both peers and adults. She also cited YouTube as a source of her positive attitude toward thinness. She and her mother denied body avoidance or checking, or any compensatory behaviors aimed at weight or shape such as compulsive exercise. Further, it consistently appeared (through observation during hospitalization and per mother report) that sensory concerns, low appetitive drive, and at times, fear of vomiting/allergic reaction were the source of eating challenges, rather than restriction aimed at weight loss.

She was assessed using the parent version of the Eating Disturbances in Youth Questionnaire (P-EDY-Q) and the Parent Eating Disorder Examination Questionnaire (PEDE Q) [5, 6]. The P-EDY-Q (by maternal responses) was consistent with ARFID for avoidance of foods due to appearance/texture/smell, lack of interest in food, low weight, and for one component of the rule-out of distorted cognition. For the other distorted cognition component, her score was three for item 20, “My child feels fat, even if I do not agree.” Less than three is considered consistent with ARFID). The PEDE Q was reassuring against significant concerns about weight or shape (global score of 0.519). She scored zero for dissatisfaction with her weight (item 25) or shape (item 26), weight (item 22) or shape (item 23) influencing how she thinks about herself as a person, or weight or shape making it difficult to concentrate on things she is interested in (item 8). Given these findings and the lack of evidence that body image concerns were motivating her limited nutrition intake, she was ultimately diagnosed with ARFID.

Following discharge, the patient was treated as an outpatient by an interdisciplinary team specializing in eating disorders. During this period, the patient demonstrated a positive response to weight gain. She found praise reinforcing and at times expressed excitement when gaining weight.