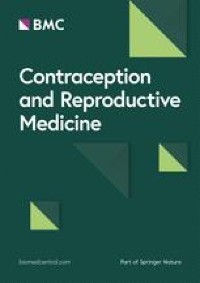 In September 2018, a 24-year-old woman had an uncomplicated vaginal delivery at St. Paul’s Hospital Millennium Medical College (SPHMMC). Following her delivery, she was counseled on possible options of contraception by the attending doctor and opted for etonogestrel implant since she wanted to delay pregnancy for a minimum of three years. After reviewing her medical eligibility and excluding contraindications, a trained provider placed Nexplanon® (Merck & Co. Inc., Whitehouse Station, NJ) in the left arm as per insertion protocol. She noticed a reduction in the frequency and amount of menstrual bleeding after the first year of use. Otherwise, there were no side effects of the contraceptive device reported by the patient.

In July 2020, she was started on anti-TB drugs for the diagnosis of TB lymphadenitis. The treatment regimen consisted of rifampin, isoniazid, pyrazinamide, and ethambutol once daily for two months followed by a four-month course of daily rifampin and isoniazid.

During the initiation of anti-TB treatment, she claims that she was reassured by the health care provider about the effectiveness of etonogestrel implant and started the treatment without being informed about the possibility of drug interactions and unintended pregnancy. She was not advised to change the contraception method or use an additional method.

In November 2020, she went to a nearby health center after missing her menstrual period for four consecutive months. A pregnancy test was positive for which she was referred to SPHMMC with a diagnosis of second-trimester pregnancy and failed etonogetrel implant. Upon arrival to SPHMMC in December 2020, the patient had stable vital signs, and obstetric ultrasound showed a 19 weeks pregnancy with a normal fetal gross anatomical appearance. She expressed interest in continuing the pregnancy and was reassured about the lack of untoward effects from the contraceptive method on the fetus and the pregnancy. The etonogestrel implant was localized and removed from her left upper arm. She then attended regular antenatal care follow up.

By Tesfaye H. Tufa, Abraham Fessehaye and Ferid A. Abubeker