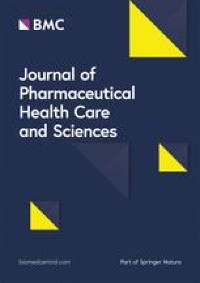 In the European Union (EU), a Risk Management Plan (RMP) must be submitted as part of the dossier for an initial marketing authorization application, with an application involving a significant change to an existing marketing authorization, or at the request of either the European Medicines Agency (EMA) or competent authority in a Member State [1,2,3,4,5]. The purpose of an RMP is to describe the risk management system for a medicinal product, with a focus on appropriate risk management planning throughout the product life cycle. To this end, an RMP documents the safety profile of a product, emphasizing (1) safety concerns requiring further evaluation and/or risk minimization, (2) pharmacovigilance (PV) activities to characterize the safety concerns, and (3) measures intended to prevent or minimize harm to patients [1,2,3,4,5]. Accordingly, an RMP is composed of 3 core elements: a Safety Specification, a PV Plan, and a Risk Minimization Plan [2, 3].

The Risk Minimization Plan of an RMP describes RMMs intended to minimize or mitigate important risks associated with a product, thereby maximizing patient safety by optimizing the benefit-risk profile. Similar to the PV Plan, the Risk Minimization Plan has 2 components: (1) routine RMMs, with a focus on recommendations for specific clinical measures to address important risks, and (2) additional RMMs considered essential for safe and effective product use (Table 2) [2,3,4,5, 7].

In 2005, the European Commission commenced a review of the EU PV system, with the main objective of reducing the significant health burden of adverse drug reactions [1, 5]. This led to major changes that strengthened PV processes and culminated in the adoption of Directive 2010/84/EU and Regulation (EU) No 1235/2010 in December 2010 [1, 8, 9]. The Commission Implementing Regulation No 520/2012, which provided guidance on the implementation and operationalization of the 2010 legislation, followed in June 2012 [10]. In parallel, the Guideline on Good Pharmacovigilance Practices (GVP) in the EU was developed by experts from the EMA and national competent authorities [5, 11]. The scope of the GVP includes both major PV processes and product- or population-specific considerations. The GVP module specific for risk management planning, Module V—Risk Management Systems, was first adopted in June 2012 [2]. This module represented a shift in focus from purely managing risks to understanding risks in the context of benefit. An initial revision to Module V, primarily to clarify terminology, became effective in April 2014 (GVP Module V Revision [Rev] 1) [12].

A second revision of GVP Module V (i.e., Rev 2), which was significantly more comprehensive and far-reaching than Rev 1, was adopted in March 2017 following extensive feedback from stakeholders involved with or impacted by the risk management process [3, 4]. This heralded a paradigm shift in the approach to risk management planning.

Fundamentally, GVP Module V (Rev 2) introduced 3 major changes: (1) additional clarification of the focus of the RMP with respect to the safety concerns to be included; (2) a heightened focus on the dynamic nature of the RMP, including considerations for the reclassification and removal of safety concerns throughout the product life cycle; and (3) updated requirements to support the development of risk-proportionate RMPs based upon the type of initial marketing authorization application (e.g., generic products, fixed combination products, and biosimilar products) [3, 4, 13, 14]. The remainder of this paper addresses the impact of changes (1) and (2) and the practicalities of their implementation, as these provided the key challenges for Industry within this revised GVP guidance.

Although important risks continue to be defined by their proven or potential impact on the benefit-risk balance of a product, GVP Module V (Rev 2) increased emphasis on their clinical impact and targeted risk management planning (Table 3). Previously, important risks were defined as untoward occurrences for which there was evidence of, or some basis for suspicion of, an association with the product [2, 12]. GVP Module V (Rev 2) requires important risks to be oriented toward a concrete undesirable clinical outcome. Furthermore, only those important risks requiring further evaluation and characterization and/or those requiring specific RMMs should be included in the RMP. Finally, GVP Module V (Rev 2) clarified that MI should be limited to gaps in knowledge about the safety of a product when used within the approved indication(s) and for which there is a scientific basis to suspect a different safety profile from that characterized so far [3, 4, 13, 14].

The result of this significant change in focus is an RMP that is more thoughtfully considered, succinct, actionable, and evidence driven. This is in contrast to previous RMP guidance, which often resulted in extensive lists of safety concerns, many of which did not require active risk management [2, 3, 12,13,14].

Change 2: considerations for reclassification and removal of safety concerns

Although the RMP was conceived of as a planning document, its precise role within the PV landscape and how it was to evolve over time were uncertain. The introduction of GVP Module V (Rev 2) provided much-needed clarification as to the dynamic nature of risk management planning; namely, it is a continuous process that occurs throughout the life cycle of a product that is initiated in the preauthorization phase, evaluated during the marketing authorization application, and continued throughout the postauthorization phase [2,3,4, 13, 14]. As a product matures, the RMP is expected to change as knowledge regarding the benefit-risk profile of the product is gained [3, 4, 15]. Ultimately, this will result in modifications to the safety concerns included in the RMP over time. Unlike its predecessors, GVP Module V (Rev 2) provides considerations for the reclassification and removal of safety concerns within an RMP, based upon the need for and the feasibility of their further evaluation and/or need for specific RMMs (Table 3) [3, 4]. How this guidance is implemented is largely at the discretion of marketing authorization applicants and marketing authorization holders.

GVP Module V (Rev 2), therefore, represents an important shift in the approach to risk management planning in the EU [3, 4]. With its release, the EMA has provided guidance that allows marketing authorization applicants and marketing authorization holders to propose safety concerns that are based on scientific evidence, along with associated PV activities and RMMs that are feasible and proportionate to the benefits and risks of the product. This paper describes how Janssen has applied the GVP Module V (Rev 2) guidance to develop product-independent algorithms that drive consistent, comprehensive re-evaluation of RMPs, with particular attention to the reclassification and removal of safety concerns.