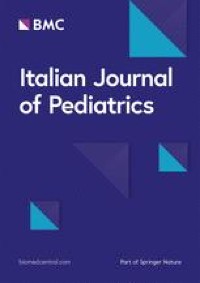 Mental health is a critical concern in the pandemic scenario. It is particularly true when considering vulnerable populations exposed to greater environmental risk, like children and adolescents from socioeconomically disadvantaged households. We studied the psychopathological impact of the COVID-19 outbreak and pandemic-related stressors on a sample of Italian minors with socioeconomic disadvantage. In Italy, 1.3 million children and adolescents (13.5% of the whole minor population) suffered from poverty in 2020, and those living in the southern regions had the higher rates (14.5% versus 9.5% for the Center of Italy) [21]. In Southern Italy, the risk of food, school, and educational poverty is higher than in other Italian regions because: (1) there are the highest levels of failure to acquire minimum academic skills and school absenteeism; (2) the territorial supply of full-time school and school canteen is more scarce; (3) children and adolescents have the highest lack of sport, recreational, and cultural activities [22, 23]. All these factors affect children’s development and wellbeing from their earliest years and can have negative health and social consequences throughout their lives. We considered it important to focus our study on a population supported by DSECs because socioeconomically disadvantaged and so highly exposed to these environmental risk factors, hypothesizing that more acute disadvantages experienced during the pandemic would have had immediate consequences on the risk of developing depressive symptoms.

We measured depressive symptoms after the first wave of the COVID-19 pandemic, when mental health symptoms were expected to increase more than the previous acute phase, due to the emerging recession, according to the literature [2]. In our sample, 22% of subjects reported depressive symptoms measured by CDI 2 PV, Emotional Problems subscale; 14% of the minors fulfilling the CDI 2 S-R SF obtained elevated scores, suggesting depressive symptoms. None of them reported a pre-existing diagnosis of a depressive disorder: we can hypothesize that depressive symptoms could have recently emerged in all subjects. It is known that Major Depressive Disorder (MDD) can occur more frequently in individuals with a pre-existing genetic or environmental vulnerability, like the socioeconomic disadvantage [14]. The National Institute for Mental Health estimated the prevalence of MDD, in the year 2020, in 17% of American people aged 12–17 years old [24]. Depression is also one of the most frequent negative emotional responses during an epidemic outbreak [5, 25]. Its prevalence was expected to increase during the COVID-19 pandemic, in all populations and particularly in young people, due to the imposed restriction of social contacts [5]. Several large-scale studies from China provided reports of depressive symptoms in children and adolescents of the general population during the COVID-19 outbreak [25,26,27,28,29]. They reported a prevalence of depressive symptoms ranging from 11.78% [29] to 43.7% [25], based on single questionnaires. Our data are in line with this recent literature. Notably, for a subset of children and youth, the impact on the mental health of pandemic-related stressors will not be detected immediately but after some period of development [30]. Future epidemiological large-scale studies will reveal if the prevalence of MDD has actually increased among children and adolescents, as expected due to the growing environmental pandemic-related risk.

To date, to the best of our knowledge, no study had assessed the risk for mental health among socioeconomically disadvantaged children and adolescents during the COVID-19 outbreak. We found that almost half of the sample met conditions of more marked indigence during the pandemic. Nearly 50% of the households underwent worsening working conditions; 34.9% experienced a lack of essential supplies; 33.9% did not manage to access their children to homeschooling due to the absence of devices or Internet connection. Participants from families experiencing a lack of basic supplies were more expected to show depressive symptoms at CDI 2 PV. Poverty is one of the social determinants of general and mental health; additional factors introduced by the pandemic seemed to exacerbate the pre-existing vulnerability, making some poor even poorer [31]. It is known that socio-cultural and economic contexts significantly affect the prevalence of depression [32, 33]. We may consider the deficit of essential supplies as an extreme form of poverty, hitting low-income families who relied on educational institutions for providing healthy meals for their children. With the absence of this kind of help, several families were left alone in sustaining the nutrition needs of minors. Our data suggest that those who experienced a paucity of basic supplies had a higher risk to develop depressive symptoms at the end of the Italian first wave of the COVID-19 outbreak. It is possible to hypothesize that the increased environmental risk could trigger MDD in vulnerable individuals.

More than half the minors of the sample declared that the impossibility to attend DSEC, due to its closure, was the greatest difficulty to sustain. We can deduce that this kind of educational institution would be perceived as really supportive by most minors who benefit from adequate nutrition, educational support in learning activities, playgrounds for physical activities, and regular social contacts with peers and caring adults. It is clear how a perceived supportive environment could advantage the maintenance of the psychological balance in vulnerable people.

Another relevant issue is related to our findings: 26.6% of the sample declared a pre-existing neuropsychiatric diagnosis; all but one were neurodevelopmental disorders (NDDs), mainly represented by SLD and ADHD. This high prevalence is consistent with data from the 2016 National Survey of Children’s Health, where children living in lower-income households had a higher prevalence of a parent-reported diagnosis of mental, behavioral, or developmental disorder than children living in higher-income families (22.1% versus 13.9%) [34]. There is a lack of articles on children and adolescents with NDDs during the current pandemic, apart from Autism Spectrum Disorder (ASD) and ADHD [35]. In our sample, a pre-existing NDD correlated with the occurrence of depressive symptoms measured by the CDI 2 PV, acting as a further risk factor for depressive symptoms besides the socioeconomic disadvantage. As expected, children and adolescents with pre-existing neuropsychiatric problems were more susceptible to new mental health conditions in a time of crisis, like the present pandemic scenario [2, 36, 37]. That could be explained by several stressors, like the absence of school or other daily routines, that are important coping mechanisms for young people with NDDs like ADHD and ASD, or the inability to access regular care or mental health support [35, 37, 38]. SLD and ADHD, the most frequent neuropsychiatric diagnoses of our sample, can both hurt self-esteem, self-efficacy, and psychological well-being, favoring the development of internalizing symptomatology like anxiety and depression [38, 39]. We can suppose that children and adolescents with learning disorders (12.8% of our sample) suffered from the increased emotional distress of adapting themselves to online classes without adequate specific tools for addressing their learning needs [39, 40].

Following the literature, in our survey, the group of families who had children with pre-existing NDDs underwent a high burden of stress: they had to sustain the special educational needs of their children without any training and in the absence of external supporting networks [35, 37]. This kind of stress, combined with the higher economic pressure hitting low-income households, especially in times of crisis, raised the risk of increased domestic violence, which is considered one of the biggest threats to children’s mental health [41, 42].

The results of our study may be exemplary of a particular group of frail subjects represented by socioeconomically disadvantaged children and adolescents. They were more vulnerable to depressive symptoms during the COVID-19 outbreak, especially if they experienced a lack of essential supplies during the pandemic or had a pre-existing neurodevelopmental diagnosis.

The novelty of our study comes from focusing on a frail population in terms of socio-economic and healthy conditions, in a territory where the opportunity to heighten own social position is poor, with a consequent chronic high risk for health [43]. Socio-political interventions are needed on social inequalities which easily become health inequalities with an increasingly heavier economic burden.

Based on our findings, we can say that mental health promotion can benefit from fighting against food poverty, by broadening the opportunity of free healthy meals in schools and other educational institutions and giving vouchers or other forms of feeding sustain to needing people. Furthermore, access to care should be increasingly guaranteed for those with an NDD, thus reducing the risk of psychiatric comorbidities. Socio-political and health interventions are necessary to compensate for the detrimental effects of the pandemic in disadvantaged individuals. Socio-educational institutions and mental health services for children and adolescents must work synergically to detect and intervene promptly in case of need of psychological or psychiatric support [44]. In the hypothesis of another pandemic wave, we must be ready to adopt functional strategies to avoid the harmful effects of social isolation and economic recession in disadvantaged environments. Further studies are needed to detect effective preventive and therapeutic strategies for this purpose.

This research presents some limitations that should be highlighted. First, given the cross-sectional nature of data, it was not feasible to use the correlations for causal inferences. The second one was the small sample, which makes findings more difficult to generalize: although the required sample size was reached and overcome, it had been calculated with a relatively wide margin of error (10%). The low representativeness of the sample possibly derives from low compliance expectable from a population with a poor socio-cultural background. Future research could enhance the mediation of DESC’s staff in promoting participation in the survey because they are in direct touch with the families of the minors attending the service. Furthermore, it could be useful to widen the research on homogeneous samples recruited in other parts of Italy, to study the geographic distribution of socioeconomic risk factors for depression. Third, a selection bias was introduced because less than half of the invited DSECs participated in the survey, making the study sample not really representative of the population attending the DESCs of the territory. Furthermore, we could not describe which families participated in the study and which did not. Fourth, the association between depressive symptoms and risk factors resulted from the only parent-reported CDI 2 because the self-reported data were not statistically significant.

We think the main strength of our study was the assessment of the COVID-19 impact on mental health among a homogeneous vulnerable group represented by socioeconomically disadvantaged minors. The present research could have some beneficial long-term effects by identifying mechanisms (e.g., coping strategies, preventive interventions) to support vulnerable groups such as young people with low socioeconomic status. Future larger-scale studies among similar samples of vulnerable people could confirm our findings and provide new insights.