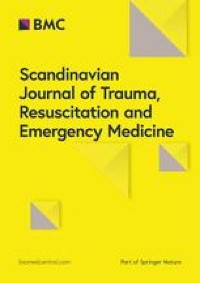 This retrospective analysis of the Swiss Air-Rescue database shows that helicopter transfer of patients undergoing ECMO is safe and that all patients survived the transport, which confirms earlier reports [10, 11]. Medical adverse events were mainly hypotension, and these occurred more often during the night-time missions (28%), while ECMO-related events (e.g., bleeding, difficult cannulation) happened rarely. Non-medical adverse events occurred for one-third of the missions. The 24-h/7-days per week service showed similar handover and mission times between daytime and night-time missions.

Audits and analysis of adverse events are crucial to improve the operation of clinics and case management and flight logistics, with the aim to guarantee patient safety during these highly specialised services [7]. Our findings of rare adverse events during inter-hospital transfers for these ECMO patients are in-line with previously published incidence reports of adverse events, and they underline the overall safety of the system [10, 11]. All observed ECMO related adverse events are among the known complications for ECMO [1, 2], regardless of the need for a medical transfer. However, HEMS crews need to be aware that these are potential risks also during transfer, to be best prepared and ensure an improved safety culture. We also confirmed that where one adverse event happens, there can also be a second one [10]. Adverse events tended to happen more often during the night-time inter-hospital transfers. This might be explained as reduced cognitive performances [19] and environmental circumstances during the night-time (e.g., darkness), with increased difficulty for efficient trouble management. These circumstances might be trained for in high-fidelity training centres, as already reported for helicopter missions with human external cargo [20]. The logistic regression model indicated night-time missions are not to be associated with more adverse events. Hence, from a clinical point of view, it might be that during night-time, the relatively more critical patients might be transferred, and that the patient condition might lead to an accumulation of adverse events [21]. Organisation of such transport is highly complex, especially for primary missions where fast intervention times are of importance. Some organisational adverse events were identified as communication errors (e.g., patient weight not requested, additional devices not announced). Other challenges of the system here were the compatibility of different ECMO types and additional devices. Indeed, the transport of a patient with ECMO and simultaneous treatment with an intra-aortal balloon pump can only be provided by one specific helicopter base.

Feasibility and quality of a 24/7 helicopter transfer system

The feasibility, quality and ability to deliver a 24-h/7-days per week helicopter flight service was confirmed by the similar durations of the mission responses, handover times and total mission times, as well as by the similar flight distances between daytime and night-time missions. Taking the specific geographic circumstances of Switzerland into account, with its high Alpine mountains, deep valleys and large numbers of lakes, ground ambulance transfer needs substantially more time even for short distances [22], and therefore the use of a helicopter is reasonable, as recommended by the ELSO [14].

In contrast to other transfer systems, the transfer service here that is operated from different bases is embedded in the well-functioning pre-hospital emergency medical system. This system minimises helicopter maintenance expenses and costs for special trained crews, who are solely deployed for ECMO inter-hospital transfers. The helicopters are staffed with advanced HEMS physicians. These are trained to ensure a continuous evaluation and appropriate treatment of the patient during the mission. Considerations regarding the operational environment (e.g., high altitudes) and the potential influence on medical equipment (e.g., need for recalibration) are part of the training.

However, we can also report here some limiting factors for these inter-hospital transfers through the helicopter system. One patient with a bodyweight of 180 kg could not be loaded into the helicopter due to exceeding the permissible total weight of the load. In this case, the usual inquiry in advance of the patient body weight failed, and he was finally transported by ground ambulance services. Therefore, this case was excluded from the analysis. One primary mission had some time delay because of bad weather conditions during the arrival landing. Therefore, the helicopter could not land on top of the hospital, and instead landed close by, with the team then carried by ambulance on the ground to the final destination. Nevertheless, the final air-medical transport of the patient was without further problems. The weather is a possible system-related factor for ECMO transfer by helicopter, even though this was of low incidence in our analysis and might be generalised to all HEMS missions. These limitations justify the provision of a ground ambulance transfer system as a backup whenever a helicopter transfer is not possible due to such weather-related or organisational issues.

Patient survival under ECMO treatment in the literature has been reported in a relatively heterogeneous manner, which might be explained by various factors, such as age, case mix and ECMO type. The 28-days survival for the present cohort was a little higher than what was reported in a systematic review [2]. In this review, most patients had a veno-arterial ECMO, while the ECMO type in the present cohort was more homogeneously distributed. Roch et al. reported a rate of 44% hospital survivors in patients transferred on ECMO with acute respiratory distress syndrome [23]. Of the total 142 patients considered for ECMO by the mobile team, only 85 were finally treated with ECMO, and 91% had a veno-venous ECMO. As might have been expected, the study identified age, sepsis-related organ failure assessment score and a diagnosis of influenza as factors in the evaluation of risk of death. Biscotti et al. reported on 100 transported patients with a relatively high survival to 30 days (71%), where 79% of the patients were treated with veno-venous ECMO [9]. Bryner et al. also reported a relatively high survival rate of 70% for patients with respiratory indications and 50% for patients with cardiac indications who were transferred on ECMO [12].

Interpretation of the survival rate in the present study needs to be careful. First, there is the possibility of a selection bias of the patients; e.g., the sicker patients are transferred. According to the medical records of some of the patients, withdrawal of ECMO treatment was decided shortly after transfer to the tertiary centre. These decisions require experience, extended neuro-functional diagnostics, and finally interdisciplinary consensus, which might not be available in all referral hospitals.

An obvious limitation of the present study is the retrospective character of this analysis, with a possible under-reporting bias of adverse events. Due to the low overall number of adverse events, there is the possibility of random error in the interpretation of the data. Poor data entry occurred due to the heterogeneous medical data documentation of ECMO case details in the transport form, which was performed on the standard helicopter transport form that does not have specific ECMO-related items, like flow, pressure changes, and oxygenator settings and placing of cannulas. Our presented analysis of survival rates might have a rather descriptive character. Findings should be carefully interpreted and might not explain causality. However, as a result of this study, the Swiss Air-Rescue have developed a specific ECMO medical data recording form. Follow-up data on survival were reported with the existing medical reports in the database, which were missing for many cases. For many patients with ECPR, it remained unclear if they had had an in-hospital or out-of-hospital cardiac arrest.