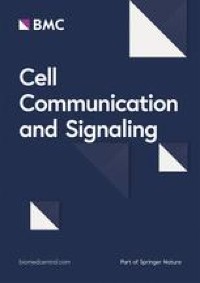 AIBP knockout (AIBP−/−) mice on a C57BL6/N background were established by crossing AIBP+/− mice purchased from Cyagen (China). Briefly, AIBP is located on chromosome 3 of mice. CRISPR/Cas9 technology was used to design sgRNAs, and AIBP+/− mice were obtained through the application of high-throughput electrotransfer fertilization. LDLR−/− mice (C57BL/6 J background) were obtained from the Model Animal Research Center of Nanjing University. The mice were housed in the Animal Facility of University of South China (4 per standard cage at room temperature and maintained on a 12:12 h light:dark cycle, with lights on at 07:00). Both food and water were available ad libitum. All protocols described in this study were approved by the Institutional Animal Care and Use Committee of University of South China. All animal experiments were conformed to the international guidelines for the ethical use of laboratory animals.

Human tissue samples were obtained from human coronary arteries with a protocol approved by the First Affiliated Hospital of University of South China.

At 8 weeks of age, male LDLR−/− mice were irradiated with 2 doses of 6.5 Gy from a cesium g source with a 4 h time interval [19]. At 24 h after irradiation, the mice were injected via a tail vein with 5–10 × 106 bone marrow (BM) cells in DMEM (Dulbecco’s modified Eagle’s medium, Cat#11965092, Gibco) containing 2% FBS (Cat#10099, Gibco) from control (C57BL/6 N background) and AIBP−/− mice via the tail vein. Seven days before irradiation and 2 weeks after irradiation, a sulfamethoxazole and trimethoprim oral suspension (200 mg/ml/40 mg/ml; Cat# A2487, Sigma) to acidified water (pH 2.4–3.1) and provided at a dose of 1 mg/0.2 mg per 25 g mouse [20]. The mice were allowed to recover for 4 weeks after BM transplantation before feeding them a high-fat diet (HFD, Cat#TD88137, Harlan Teklad) 8 weeks or the indicated times to promote atherosclerosis. After the recovery period, peripheral blood was collected, and DNA was extracted to determine the efficiency of BM reconstitution by quantifying wild-type AIBP DNA compared with actin (for the AIBP−/− and control BM transplantation). For all BM transplantation studies, reconstitution was > 95%. For all studies, animals were randomized according to their genotype or treatment.

Mouse peritoneal macrophages (MPMs) were collected from AIBPΔBMK/LDLR−/− and AIBPWT/LDLR−/− mice via peritoneal lavage 4 days after the intraperitoneal injection of 4% thioglycolate (1 ml, BD Biosciences, Franklin Lakes, NJ, USA). Five minutes later, the mice were euthanized, and the peritoneal fluid was removed and centrifuged at 250g for 8 min at room temperature. The cell pellet was resuspended in RPMI-1640 (Cat# C11875500BT, Gibco) supplemented with 10% FBS and incubated in six-well plates at 37 °C in an atmosphere of 5% CO2 for 2 h. Adherent cells were cultured and used in subsequent experiments.

Mitochondria were isolated by differential centrifugation [27]. Protease treatment was performed on the intact mitochondrial fraction isolated from BMDMs by digestion with 100 ng/ml proteinase K (Cat# ST532, Beyotime) in the presence or absence of 1% Triton X-100 (Cat# ST797, Beyotime) on ice followed by Western blot analysis. Alkaline extraction was performed using Na2CO3 to separate OM and IM vesicles from BMDM mitochondria.

Flow cytometry was conducted as described previously [28]. Blood samples were collected from the tail vein into EDTA-coated tubes and immediately placed on ice. For the analysis of blood leukocyte subsets, tubes were incubated at 4 °C throughout the procedure, unless indicated otherwise. Red blood cells (RBCs) were lysed (BD Pharm Lyse, Cat# 55899, BD Bioscience), and white blood cells were centrifuged, washed, and resuspended in HBSS (Cat# C0218, Beyotime). The cells were stained with a cocktail of antibodies against CD11b (M1/70, Cat#101205, BioLegend) and F4/80 (Cat#T45-2342, BD Biosciences). For identification of the macrophage phenotype, macrophages were extracted from the plaques and isolated as previously described [29, 30]. The macrophages were stained with a cocktail of antibodies against CD206 (Cat#C068C2, BioLegend) and CD86 (Cat#105005, BioLegend). Data were acquired with a FACSCantoII (Becton Dickinson) and analyzed using FlowJo software (Tree Star).

To determine the changes in mitochondrial membrane potential, JC-1 dye (Cat# C2006, Beyotime) was used to determine changes in the mitochondrial membrane potential. Cells were collected and washed with PBS two times. Cells were incubated with the JC-1 working stock solution for 20 min at 37 °C and then washed with JC-1 buffer solution twice. Cells stained with JC-1 were detected using flow cytometry or fluorescence microscopy.

Intracellular ROS levels were observed with the fluorescent dye 2′,7′-dichlorodihydrofluorescein diacetate (DCFH-DA, Cat# S0033M, Beyotime). Briefly, the treated cells were incubated with DMEM containing 10 µM DCFH-DA for 30 min at 37 °C. After washing, the labeled cells were observed using a fluorescence microscope (IX70; Olympus, Tokyo) or a flow cytometer to detect the ROS levels.

After stimulation and/or treatment with the appropriate reagents, the ATP concentration in cells was measured using an ATP Assay Kit (Cat# S0026B, Beyotime) [31]. A total of 3 × 104 cells were cultivated in a 24-well plate for 24 h. Then, the cells were collected, mixed with cell lysis buffer, incubated for 10 min and centrifuged at 12000 g at 4 °C for 5 min. The ATP concentration in the supernatant was tested by incubating the sample with 100 μL of the solution provided in the kit and recorded using a luminometer (Maxwell Technologies Inc., CA, USA).

For the real-time analysis of the ECAR and OCR, BMDMs were analyzed with an XF-24 Extracellular Flux Analyzer according to the manufacturer’s instructions (Seahorse Bioscience). Briefly, cells were seeded at a density of 60,000 cells/well 24 h before the assay. For OCR measurements, media were changed to XF base medium (Seahorse Bioscience) containing 25 mM glucose (Sigma), 2 mM L-glutamine and 1 mM sodium pyruvate (Invitrogen) 1 h before the analysis. Five consecutive measurements were obtained under basal conditions. Mitochondrial respiration was further characterized after the sequential addition of 1 μg/mL oligomycin A (Santa Cruz Biotechnologies) to inhibit mitochondrial ATP synthase, 3 μM FCCP (fluoro-carbonyl cyanide phenylhydrazone) (Santa Cruz Biotechnologies), a protonophore that uncouples ATP synthesis from oxygen consumption by the electron-transport chain, and 100 nM rotenone (Sigma–Aldrich), which inhibits the electron transport chain. Three consecutive measurements were recorded after each sequential treatment. The instrumental background was measured in separate control wells under the same conditions without biological material. Metabolic rates were normalized to cell numbers.

Similarly, for the analysis of glycolysis characteristics, media were changed to XF base medium (Seahorse Bioscience) containing 2 mM L-glutamine (Invitrogen) 1 h prior to the analysis. The ECAR was measured after the sequential addition of 10 mM glucose to induce glycolysis, 1 μg/mL oligomycin to force cells to increase glycolysis to the maximal rate (glycolytic capacity), and 100 mM 2-DG, a glycolysis inhibitor.

For the AIBP/AIBP(ΔMLS) and TIM23 coIP, 1–2 × 106 293 T cells were plated in 6-cm dishes and transfected with 3 μL of Lipofectamine 2000 (Cat# 11668019, Invitrogen) according to the manufacturer’s protocol. The AIBP/TIM23 coIP was performed using cells transfected with 0.25 μg of AIBP-FLAG/AIBP(ΔMLS)-Flag, 1 μg of PINK1-HA [16], and the corresponding empty vector controls. Twenty-four hours after transfection, the cells were washed twice with PBS, lysed in 500 μL of coIP buffer (150 mM NaCl, 25 mM HEPES, 0.2% NP40, and 10% glycerol) containing 1 mM DTT and protease inhibitors (1 mM PMSF, 1 μg/mL aprotinin, 10 μg/mL pepstatin and 1 μg/mL leupeptin), incubated for 20 min on ice and clarified by centrifugation at 15,000 rpm for 15 min at 4 °C. A sample was aliquoted as the input, and the remaining lysate was incubated for 6 h at 4 °C with 0.5 μg of anti-FLAG antibody (Cat# F7425, Sigma–Aldrich) or anti-HA antibody (Cat# 2367, Cell Signaling) and overnight with 10 μL of washed Protein G Sepharose 4B beads (Cat# 101242, Invitrogen). The beads were washed with coIP buffer and resuspended in 2X Laemmli buffer. Samples were fractionated on SDS–PAGE gels and analyzed using Western blotting.

Cells were fixed with 4% paraformaldehyde in PBS for 8 min at room temperature, washed three times with 1X PBS and then blocked with 10% serum and 0.3% Triton X-100 in PBS for 1 h at room temperature. Cells were again washed three times with 1X PBS and incubated a 1:200 dilution of rabbit polyclonal antibody against LC3B (Cat# ab63817, Abcam) in PBS containing 0.1% Triton X-100 and 5% horse serum and overnight at 4 °C. After washing, the cells were incubated with fluorescein (FITC)-conjugated AffiniPure goat anti-mouse IgG (H + L) (Cat# SA00003-1, Proteintech) for 2 h at room temperature. Samples were mounted with Immu-mount (Thermo Scientific).

Cells were stained with 50 nM MitoTracker® Red CMXRos (Cat# 9082S, Cell Signaling Technology) for 30 min at 37 °C, washed with 1X PBS, and then used to detect the colocalization of LC3 and MitoTracker.

Statistical analyses were conducted using GraphPad Prism 5 software. All data were tested for a normal distribution of variables. All normally distributed data are displayed as the means ± standard deviations (SD), unless indicated otherwise. Measurements between two groups were compared with an unpaired Student’s t test with Welch’s correction. Three or more groups were analyzed using one-way ANOVA followed by the Newman–Keuls test. Values of n for each experiment are reported in the figures and figure legends. P < 0.05 was considered significant. Statistical parameters for each experiment are provided within the corresponding figure legends.

The Relationship Between Pre-existing Coronary Heart Disease and Cognitive Impairment Is Partly Explained by Reduced Left Ventricular Ejection Fraction in the Subjects Without Clinical Heart Failure: A Cross-Sectional Study

Impacts of Consumption of Ultra-Processed Foods on the Maternal-Child Health: A Systematic Review