The true costs of cesarean delivery for patients in rural Rwanda: Accounting for post-discharge expenses in estimated health expenditures – International Journal for Equity in Health 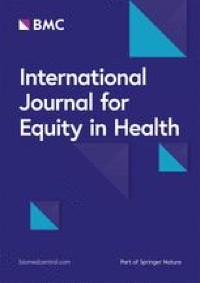 This study was nested in a prospective cohort study conducted at Kirehe District Hospital, which aimed to evaluate the feasibility and acceptability of a telemedicine intervention for the diagnosis of post-hospital discharge surgical site infections by community health workers. Kirehe District Hospital is located in the Eastern Province of Rwanda and is managed by Rwanda’s Ministry of Health with technical support from Partners In Health/Inshuti Mu Buzima (PIH/IMB), a Boston-based non-governmental organization that provides technical support to the Ministry of Health.

In Rwanda, c-sections are typically performed at district hospitals by general practitioners (GPs) [20], and at Kirehe District Hospital, c-section is the most commonly performed surgery. After delivery, women are monitored in a post-c-section ward and usually discharged on POD 3. In Rwanda, there are no standardized guidelines for c-section follow-up; however, at Kirehe District Hospital, c-section patients are asked to visit the local peripheral health centers three days post-discharge for wound inspection and dressing change and to continue follow-up until deemed unnecessary by the health center nurse.

Approximately 83% of the Rwandan population has health insurance and 96.1% of insured rural residents are enrolled in the community-based health insurance (CBHI) program [21]. Rwanda’s CBHI is based on a 4-tier wealth system called Ubudehe, with the bottom tier including the poorest and the upper tier including the wealthiest Rwandans. For those in Ubudehe 1, CBHI premium is fully subsidized by the government; individuals in Ubudehe 2 and 3 pay CHBI premiums of approximately US$3 per person each year and those in Ubudehe 4 pay a premium of US$7 per person per year[22]. Individuals in Ubudehe 1 pay no copayment at point of care while those in Ubudehe 2–4 incur a 10% copayment for direct medical services.

We used a convenient sample of women who delivered via c-section at Kirehe District Hospital between September 23rd, 2019 and February 22nd, 2020, who were eligible for and enrolled in a prospective cohort study aiming to evaluate the feasibility and acceptability of a telemedicine intervention for the diagnosis of post-hospital discharge surgical site infections by community health workers.

Women were enrolled after c-section delivery and prior to discharge. All participants provided informed consent prior to data collection. Data collectors administered sociodemographic and clinical characteristics questionnaires before patients were discharged from the hospital; data were directly entered into REDCap data management software [23]. Patients also responded to a financial survey, described below. Data on healthcare expenditures was extracted from OpenMRS, an online database tracking details on patients’ medical care and expenses.

At enrollment, respondents provided cell phone numbers (their own, a relative’s or a neighbor’s) on which they could be contacted. On POD 30 (± 1 day), data collectors administered a phone-based follow-up interview to assess post-discharge follow-up activities. The costs of post-discharge c-section follow-up were assessed in terms of expenses for medical care, expenses for transport, and lost wages due to seeking follow up care at the health centers. Study participants that could not be reached by the phone number they provided at discharge were contacted in person by a local community health worker and a telephone survey was administered on the community health worker’s telephone. Three attempts on three different days were made in an effort to maximize the response rate; individuals not contacted after three attempts were considered lost-to-follow-up. The POD30 response rate was 84%.

Our financial survey was adapted from a standardized financial questionnaire developed and validated through the National Surgical Obstetric Anesthesia Planning by the Program in Global Surgery and Social Change [24]. We added the following variables to the core questionnaire: estimates of monthly household income, self-reported routine monthly household expenditure, whether the patient had to borrow money or sell possessions to pay for the current hospitalization, and household monthly consumption as a sum of expenditures for food and drink, transportation, livestock, housing, transportation fees, school fees, and healthcare in the past months. Non-monetary income such as agricultural harvest was converted into Rwandan Franc (RWF) using the price of local goods at the time of data collection. Lost wages were estimated using daily wages for the occupation of the patients and caregiver at the time, and reported in RWF.

We restricted our analysis to patients who responded to the financial questionnaires at both time points. We also restricted our analyses to individuals who sought follow-up care at the health center at least once during the first 30 postoperative days so we could estimate the costs associated to follow-up care. All tradeable financial expenses, such as in-hospital expenses and transport fees, were converted into US dollars (US$) using the nominal exchange rate at study start date (October, 2019), and US$1 equated RWF916.17 [30]. All non-tradeable expenses, including income and lost wages were converted to US$ using the 2019 Rwanda purchasing power parity (PPP) conversion factor for personal consumption of 317.18 [31].

We describe our sample, focusing on the demographic characteristics, household characteristics, and clinical features most relevant to understanding the study population and resources and complexity of c-section recovery, using frequency and percentages for categorical variables, mean and standard deviation (SD) for normally distributed continuous variables, and median and interquartile range (IQR) for continuous variables with non-normal distributions. We summarize the financial cost of c-section care stratified by Rwanda’s four-tier wealth classification by in-hospital and follow-up care components, using median and interquartile range. We summarize each of the main cost contributors as a percentage of the overall costs. We also calculated incidence of CHE for all expense categories and reported the frequencies and percents. We conducted Chi-square tests for categorical predictor variables and Wilcoxon rank sum test for continuous predictors to assess the association between CHE and patients’ characteristics. We then performed a Wald test for multivariate logistic regression to assess independent predictors of CHE at POD30. The bivariate analysis included pre-cesarean section characteristics such as: age, education, type of insurance, occupation, Ubudehe category parity, number of antenatal care visits, number of prior c-sections, mode of transport to health facility, travel time from home to health center, travel time from health center to the hospital and household size. All variables significant at the α = 0.20 significance level were considered for the full model; we then reduced the full model using a backward stepwise process and removed non-statistically significant variables one at the time until the final model remained with variables significant at α = 0.05 significance level. Our final regression model is specified as:

where ({x}_{i}) are the covariates retained in the model corresponding to the coefficients, ({beta }_{i}), that remain significant at the α = 0.05 significance level after the backward stepwise process. CHE at POD30 as a dichotomous variable, was the dependent variable in the multivariate regression analysis and level of education, main occupation, health insurance types and household size were the covariates that remained in the final reduced model.