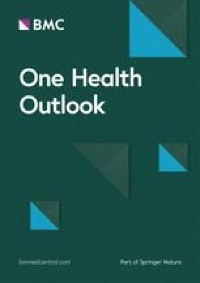 To evaluate whether EqHV can be experimentally transmitted to donkeys and to which extent donkeys are susceptible, we inoculated two naïve female donkeys and one naïve female horse with the virus (Fig. 1A). To this purpose, we purified EqHV-positive serum from a horse via ultra-centrifugation and subsequently dissolved the corresponding fraction in 0.9% sterile sodium chloride. Then, we infected each animal with 10 mL of the inoculum containing 8.4 × 105 EqHV RNA copies per mL. All animals became RNA-positive within three days and showed comparable EqHV RNA peak levels with titers reaching up to 106 genome equivalents per mL serum (Fig. 1B). Furthermore, RNA-levels declined when the animals seroconverted and produced anti-NS3 antibodies. Notably, the horse seroconverted 35 days post-infection, while the donkeys seroconverted at day 42 and 48. Additionally, seroconversion was also associated with an increase of plasma baseline levels of GLDH and GGT liver enzymes in all three animals, while less pronounced in the donkeys (Fig. 1C). AST levels as well as fibrinogen were only elevated in the horse. The total protein levels (TP) as well as white blood cell counts (WBC) remained stable in all animals. Notably, reference interval data for the donkeys was taken from horses.

Histologically, a mild, multifocal, periportally accentuated lympho-histiocytic hepatitis with few eosinophils was found in both donkeys (Fig. 2). Furthermore, single degenerated or necrotic hepatocytes partially accompanied by few neutrophils were present in donkey 1. Histopathological findings did not differ significantly pre- and post-infection. Periportal inflammatory cell infiltrates consisted mainly of T lymphocytes (94.47–97.86%), fewer macrophages (1.32–5.26%) and single B lymphocytes (0.26–0.81%) with similar values pre- and post-infection. FISH revealed EqHV-specific RNA sequences in 74.01 and 87.78% of hepatocytes after infection, in donkey 1 and donkey 2 respectively (Fig. 2). Samples obtained prior to infection lacked a specific signal by FISH. In conclusion, EqHV in donkey’s follows a similar infection kinetic, including viral load and antibody response. Moreover, liver enzymes increased slightly around the time of seroconversion in the absence of pathological findings.

We recently showed that EqHV seroprevalence was comparable between donkey and horse cohorts, but RNA-prevalence was much lower in donkeys [7], indicating that donkeys might have a higher capacity to clear the infection. Therefore, to analyze immune patterns and individual responses to the EqHV infection, we characterized changes in the transcriptome in liver biopsies pre- and post-inoculation. Post-infection liver biopsies were taken at day 9, 10, and 7 for Donkey 1, Donkey 2 and the horse, respectively (Fig. 1). Each sample was sequenced twice on different lanes with high similarity between the four replicates (Fig. S2). All samples showed high expression of liver markers, while lung markers were not enriched (Fig. S2A). Furthermore, the principal component analysis (PCA) confirmed high similarity between replicates and indicated a stronger response to the virus infection in donkey 2 and the horse than in donkey 1 (Fig. S2B).

Next, we analyzed deregulated genes (DREGs), defined as fold change above 2 or below − 2, p-value < 0.05 and RPKM above 1. The number of DREGs was highest in donkey 2 (up: 666, down: 1045) followed by the horse (up: 360, down 355). For both animals, a small fraction was accounted by interferon regulated genes (IRGs), pointing towards an infection mediated response (Fig. 3A). Notably, donkey 1 showed a few down-regulated genes (108) while having more up-regulated genes (403) and only a few IRGs were deregulated (Fig. 3 A). Similarly, the genes with the highest fold change were present in the horse or donkey 2 transcriptome, while fold changes remained modest for donkey 1 (Fig. 3B). Subsequently, we characterized genes that were uniformly deregulated across all animals. This, however, was restricted since the reference genomes were not well annotated for both species, leaving a maximum overlap of 14,239 genes between the donkey and horse genome (14,820 unique horse genes, 8449 unique donkey genes). The overlap of up- and down-regulated genes remained modest, with only nine up- and two down-regulated genes shared between the animals (Fig. 3C, Fig. S3). Due to the close phylogenetic relatedness of EqHV to HCV, we evaluated the expression levels of HCV-related entry factors which were expressed on a high level in all animals (Fig. S4). Notably, it is yet unclear which receptors are being used by EqHV, or other non-human hepaciviruses, to enter their host cells.

To classify gene expression patterns, we used a Gene Ontology (GO) analysis which showed multiple terms activated in the horse (92) and donkey 1 (76), while only a modest number of terms was enriched in donkey 2 (27). We highlighted terms associated with immune defense mechanisms, showing that the horse had the largest number of them being activated, followed by donkey 2 and donkey 1 (Fig. 3D). Altogether, the three animals showed a clear change in their transcriptome when comparing the pre- to the post-infection liver biopsies. Moreover, the response was highly individual, and the horse and donkey 2 had a stronger induction of immune associated genes than donkey 1.

To evaluate which arm of the immune system was activated, we plotted the 250 most up- and down-regulated genes that cluster in either one of the following GO-terms: Immune system process, innate immunity, adaptive immune response, response to interferon alpha, response to interferon gamma, defense response to virus or cell death (Fig. 4A). This analysis suggests that the immune response in donkey 1 was weaker and less virus-specific than in donkey 2 and the horse. Both animals had a strong activation of immune system process associated genes and genes belonging to the adaptive immunity. However, there were marked differences within the virus-specific defense which was more pronounced in the horse. Moreover, the genes that cluster in those pathways were mostly up-regulated within the horse transcriptome, while in contrast, they were mostly down-regulated for the donkey 2 transcriptome.

Additionally, we were not able to identify immune ontologies that were similarly deregulated (Fig. 4B). Most strikingly, the GO-terms viral process, response to virus, innate immune response, and defense response to virus were all significantly activated in the horse, and in contrary to this, down-regulated in the donkeys. Only a few terms were similarly expressed, but were not directly linked to immune processes, e.g. the term small molecule biosynthetic process.

In conclusion, the expression of immune-associated genes was more pronounced in the horse and donkey 2 compared to donkey 1. Moreover, specific anti-viral expression was only apparent in the horse.

To assess whether transcriptomic responses were associated with signs of liver disease or viral infections, we deployed disease ontology classification. We first calculated the gene set enrichment (GSEA) score for the following terms: Disease by infectious agents, gastrointestinal system disease, hepatitis, hepatitis C, hepatobiliary disease, liver disease and viral infectious disease (Fig. 5A). We chose those terms because (i) EqHV is an infectious agent, possibly connected to an anti-viral response and (ii) hepaciviruses are hepatotropic and thus likely causing liver damage such as hepatitis. The enrichment score analysis showed a significant enrichment for hepatitis, hepatitis C, hepatobiliary disease, liver disease and viral infectious disease in the horse, while donkey 2 only had a significant enrichment for the hepatitis C term and donkey 1 showed no significantly enriched terms. However, in both donkeys a non-significant enrichment for liver disease and hepatitis was present. Subsequently, we visualized how those terms were linked to one another, which showed that for the horse there was a strong connection between liver pathology and viral infection, most likely driven by the activation of ISGs such as OAS1, MX1, and ISG20 (Fig. 5B). There was no apparent connection between the disease terms for donkey 1, and only a weak one for donkey 2 which involved ISGs like ISG15, ISG20, and LCN2.

In concordance with the previous analysis, virus specific immune response and liver inflammation was only apparent in the horse. Donkey 2 showed a weak induction of hepatitis related terms, while donkey 1 did not show any enrichments.