Is vegetarianism related to anxiety and depression? A cross-sectional survey in a French sample – Journal of Health, Population and Nutrition 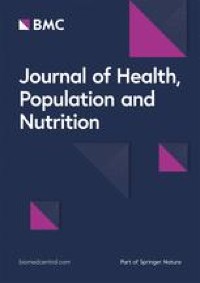 It has been estimated that there are about 1.5 billion vegetarians worldwide. After a long history in Asian cultures, the popularity of plant-based diets is currently increasing in the Western world. According to recent polls, approximately 10% people exclude meat from their diets in New Zealand, Australia, and Israel [1]. They represent 8% of the population in Canada [2] and UK [3], 5% in the USA [4], Germany [5], and France [3], and 3% in Spain [3]. In France, a recent rise in vegetarian consumption has been observed alongside a 9% decrease in meat consumption in recent years [3]. Three main motivations have been shown to underlie vegetarianism: sustainability issues [6], health benefits [7, 8], and animal welfare [9]. Regarding health benefits, it has been widely documented that excessive meat consumption increases the risks of cancer [10, 11], heart diseases [12], strokes [13,14,15], type 2 diabetes [14, 16, 17], and obesity [7, 18]. The health benefits of eating less or no meat have been underlined by the Academy of Nutrition and Dietetics [19] and may be explained by a higher intake of fiber, polyunsaturated fats, vitamin C, bioactive molecules, and a lower consumption of saturated fat [20, 21]. However, the consequences of vegetarianism on a person’s mental health remain controversial. Despite several studies showing that vegetarians generally follow diets that are closer to public health guidelines than those of omnivores [22], some studies have also suggested that potential nutritional deficits among vegetarians in relation to vitamin B12, long-chain n-3 fatty acids, folates, and/or zinc [23,24,25] may lead to adverse psychological outcomes.

Anxiety and depression both count among these adverse psychological outcomes. Anxiety is a psychological state characterized by feelings of tension, recurring intrusive thoughts or concerns, and physical changes such as increased blood pressure. Depression is a negative affective state, ranging from unhappiness and discontent to an extreme feeling of sadness that interferes with daily life, which is associated with a lack of energy or motivation, difficulty in concentrating or making decisions, and withdrawal from social activities. A link between vegetarianism or low meat consumption and anxiety and/or depression has been observed in several prior studies [22,23,24,25,26,27]. For example, in a recent German study, the percentage of participants who screened positive for potential cases of depression and anxiety was 5.3% in omnivores and 8.5% in vegetarians or vegans [25]. In the largest existing single study [28], which involved a sample of 90,380 French participants, depressive symptoms were associated with exclusion of meat and fish and a lacto-ovo-vegetarian diet (exclusion of meat, fish, eggs, and dairy products) in a multivariate analysis controlling for an extended number of relevant covariates (e.g., age, sex, income, education level, physical activity, smoking, and alcohol intake). In that sample, 28.4% of meat-abstainers showed symptoms of depression, compared to only 16.2% of meat consumers. However, the observed association between a vegetarian diet and depression only represented a particular case of a broader association between depressive symptoms and food exclusion, regardless of food type. It therefore seemed non-specific to the exclusion of animal food but, rather, to underlie food avoidance in general. The authors also noted that depressive symptoms were not associated with a vegetarian diet among individuals with high legume intake.

A few other studies carried out in general population samples have not confirmed an increased risk of depression or anxiety among vegetarians [29,30,31]. In a cross-sectional and longitudinal culturally diverse and representative sample, vegetarianism was found to be unrelated to mental health in the USA, Russia, and Germany and was only slightly predictive of depression and anxiety among Chinese students [32]. In another study with 12,905 participants in Germany and 15,532 Australians, the authors concluded that the effect of diet on subjective well-being was either nonexistent or negligible [31]. No relationship has been found in specific populations like endurance runners [33] or people from developing countries either [34].

Finally, a few studies have found lower levels of anxiety and depression among people adopting a vegetarian diet [29, 34, 35]. In the only randomized controlled trial currently available, a large multicenter nutrition intervention found that a vegan diet (without any animal products) appeared inversely related to depression and anxiety [35]. However, as was acknowledged by the authors of that study, the control group did not receive any intervention, and the mere presence of an intervention in the nutrition intervention group could have accounted for the observed effects.

The contradictory results observed in the aforementioned studies may be the consequence of many factors such as research design, sampling methodology, the nature of the nutritional measures used (self-reported or actual intake), the validity of outcome measures, and the lack of statistical controls on relevant variables. Three recent systematic reviews have provided results based on aggregated independent research studies [19, 36, 37]. In the first one, a large comprehensive synthesis based on eighteen studies comprising a total of 160,257 participants, it was concluded that meat-abstention was related to higher rates of risk of depression, anxiety, and related symptoms [38]. This systematic review showed that seven out of 14 studies had found a higher prevalence or risk in participants who avoided meat, while three found no differences between groups, two showed mixed results, and the remaining two found a higher risk among meat consumers. Moreover, the authors estimated the quality of the included studies and observed that the four more rigorous studies indicated a link between avoidance of meat and risk of depression, anxiety, and related symptoms. The second meta-analysis on vegetarianism and mental health was quantitative, an approach which is supposed to provide higher-quality results [37]. It included thirteen studies (total N = 147,964) published between 2005 and 2020, with samples from Europe, Asia, and the USA. The results reported that no association was found between adherence to a vegetarian diet and the prevalence of depression and anxiety [36]. The third available meta-analysis included thirteen studies with a total of 17,809 participants and concluded that there was no statistically significant difference between vegetarian or vegan diets and omnivores regarding the incidence of continuous measures of depression, stress, and well-being. Moreover, individuals who followed vegetarian and vegan diets had lower levels of anxiety. However, when depression was analyzed as a categorical variable, vegetarians and vegans had a higher risk of depression [19]. It has been proposed that the contrasting conclusions of these three meta-analyses might be attributable to differences in their reviewing methodologies [37].

Given the still uncertain relationship between vegetarianism and depression, we aimed to determine whether vegetarianism was related to depressive symptomatology and happiness in a large community sample in France. In several studies, education, income, and city size were associated with meat consumption [39,40,41]. We therefore measured and controlled for these relevant covariates. We also measured body mass index, which is considered a relevant measure in studies on vegetarian diet and health [42,43,44,45], and was also included as a measure.

In summary, the aim of the present research was to advance the understanding of the possible link between vegetarianism, anxiety, and depression. To that end, we relied on a large community sample enabling the inclusion and the statistical control of relevant covariates.

By Laurent Bègue and Rebecca Shankland