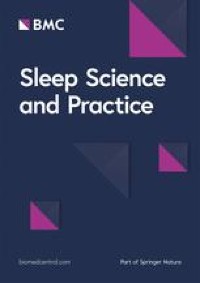 Table 1 shows demographics of the sixteen participants along with reported frequency of night-time LBP in nights per week. Participation was voluntary, and a questionnaire was used to determine the eligibility of all potential participants. The questionnaire also collected relevant information regarding participant characteristics, LBP history, sleeping disorders, and sleeping habits. Only adults aged between 18 and 70 years with a history of chronic (≥3 months) LBP were included in the study. The exclusion criteria were systemic disease, inflammatory disease, cancer, scoliosis, fibromyalgia or habitual prostration. Participants who either had a previous spinal injury, used anti-inflammatory medication, used medication that affects sleep, routinely slept in more than one bed, or were pregnant were also excluded. Eighteen participants were initially recruited, of whom, one participant subsequently withdrew and one was excluded due to a procedural error.

The study was conducted over five nights. Sleep positions, nocturnal movements, skin temperature, and room temperature were recorded during all five nights. All participants slept on their own mattress for the first night and completed a pain assessment the following morning. For the next three nights, participants slept on a provided experimental mattress before completing another pain assessment (i.e. after night four of the study). This was a zonal support mattress which was tailored to the participant’s body measurements – with the aim to reduce spinal curvature. On night five, participants slept again on their personal mattress and completed a final pain assessment the following morning. The study employed a withdrawal design (A-B-A) as it provides a high level of experimental control and can reduce order effects (Byiers et al. 2012). A control group was not feasible for the study because of the logistical difficulties. Instead, the study used a single group design where subjects acted as their own controls. A control mattress was avoided because research indicates that introducing a control mattress for this type of study would serve as an additional experimental intervention and not a standard of measurement (Jacobson et al. 2002). The study design followed a methodology similar to previous studies where comparisons were made between the experimental mattress and the subjects’ personal beds (Jacobson et al. 2002).

A zonal support mattress (Blocks BM500, Sleeptrade B.V., Hoevelaken, The Netherlands) containing customisable blocks was used as the experimental mattress. The mattress thickness is 25cm with a 7cm cover layer composed of perforated natural latex and an upper sheet filled with virgin wool. The blocks contain conical pocket springs made from thermally hardened steel. The blocks are interchangeable and come in five different firmness levels: extra soft, soft, medium, firm, and extra firm. They are configured to promote a straight spinal alignment in the frontal plane. Softer blocks allow for contouring around heavier regions of the body (e.g. the hips and shoulders). Firmer blocks provide support for the lumbar region and the head (Fig. 1). To configure the experimental mattress, subjects first laid laterally on their personal mattress and a spinal deviation angle – which represents frontal plane spinal curvature – was recorded with a smartphone camera. This was then repeated on the experimental mattress. The purpose was to identify differences and to then rearrange the blocks (in the experimental mattress) to reduce the angle. This process was done through trial and error – for each participant – until the maximum spinal angle reduction was considered to have been reached. A qualified physiotherapist was present for the measurements to ensure the participant didn’t have any existing spinal deformities.

Subjects used a latex neck support pillow (Sleeptrade B.V., Hoevelaken, The Netherlands) for all five nights. The pillow came in 3 sizes: 7cm, 9cm, and 11cm. Pillow selection was also based on optimising spinal neutrality and therefore was done in conjunction with the configuration of the experimental mattress. Linen and sleeping attire were not controlled.

Participants were encouraged to sleep in their natural position and were advised against using additional support (e.g. sleeping with a pillow between the knees). Data on sleep positions were collected over the five nights using a sleep sensor (SlaapID sensor, Sleeptrade B.V., Hoevelaken, The Netherlands). The sensor is placed into a neoprene strap and worn around the chest for the duration of use. Using a three-dimensional accelerometer, the sensor can ascertain the subject’s sleeping position. It measures orientation of the upper body (to a precision of 1.2˚), from which a position determination system can distinguish the subject’s body orientation. The sensor detects when the wearer is lying in one of four positions: lateral (left and right), supine, and prone. The sensor also registers the number of position changes (i.e. nocturnal movements) throughout the night. The sensor can detect body positions to an accuracy of 96.3% (Star et al. 2012). Chest strap sensors are reportedly comfortable, easy to use and preferred over other measurement tools (Berry et al. 2019).

The Numerical Pain Rating Scale (a validated self-assessment tool) was used to determine pain scores. It contains a 100mm line with polar extreme labels and provides an accurate measure of subjective pain. It was selected as the pain scoring system because it was deemed the most responsive method when compared to other commonly used measures (Ferreira-Valente et al. 2011). Participants were asked to rate five dependent variables: pain while lying in bed, pain on rising, stiffness on rising, sleep quality, and mattress comfort. These items were scored on scales from zero (best for the first three items and worst for the last two items) to ten (worst for the first three items and best for the last two items). For instance, the scale for pain when rising went from ‘no pain’ (zero) to ‘worst possible pain’ (ten) while mattress comfort went from ‘no comfort’ (zero) to ‘best possible comfort’ (ten).

Skin temperature was measured during all five nights using iButtons. These are wireless semiconductor temperature sensors that gather data on time and temperature (range of -40°C to 85°C & accuracy of ±0.5˚C). Two iButtons (Maxim DS1922L, San Jose, CA, USA) were used to record temperature data and were placed at the right infraclavicular area of the chest and on the medial metatarsal area at the plantar site of the non-dominant foot. The sampling interval was set at 10-minutes with a resolution of 0.0625°C. Data from the two sensors were averaged. Highly improbable readings: <28.2°C and >37.2°C (Aidlab.Measuring Skin Temperature 2020) were removed from the dataset.

A data logger (Voltcraft DL-210TH, Hirschau, Germany) was used to record room temperature (±1°C). The sampling interval was set at 10-minutes (range between -30°C and 60°C). The data logger recorded continuously throughout the 5 nights and was placed close to the subject’s bed (e.g. on a bedside table).