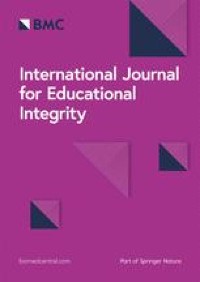 Research ethics and integrity, and the systems approach

The core duties of universities are stipulated as teaching, research and serving the society (Altbach 2008; Bertram Gallant 2011). To carry out these duties all the levels in the research institution (individual, departmental and institutional) are intertwined and interdependent, collaborating and developing mutual trust through implementing institutional values and high standards. Seeing the entire institution as a system where all the stakeholders influence one another contributes to development of a culture of integrity. Research ethics and integrity are core competencies in research and teaching, and are an essential requirement in higher education institutions (Anderson et al. 2013).

Ethics and integrity education in this study is put in the context of applied ethics, which deals with practical ethical issues of a certain domain, in this case research ethics and integrity. There are two perspectives to ethics education that are in focus: which pedagogies are effective and how learning could be supported.

There are various pedagogies used in ethics education. A literature review of articles published in the past 20 years of the effectiveness of strategies used to teach integrity (mostly in the context of student misconduct and plagiarism) shows that face-to-face direct instruction has been the most prevailing method, in the past decade e-courses and blended learning have become more popular (Stoesz and Yudintseva 2018). Methods described included presenting content by the instructor, in writing or video tutorial, discussions with peers or instructors, practical classroom and home assignments, and short quizzes (Stoesz and Yudintseva 2018; Ford and Hughes 2012; Chertok et al. 2013; Bendriss et al. 2015; Henslee et al. 2015). No one method proved to be more effective than others, even though teacher feedback and problem-based learning were perceived as effective elements in instruction (Stoesz and Yudintseva 2018). There is also research to support that knowledge about academic integrity can be facilitated through online courses (Lowe et al. 2018). In addition, role-play has been reported as an effective method to develop research ethics competencies among ECRs enabling learners recognise various perspectives and practice behaviours in life-like situations (Löfström 2016).

Moreover, research indicates that case-based collaborative learning is effective in developing research ethics and integrity competencies (Johnson et al. 2012; Bagdasarov et al. 2013; Tammeleht et al. 2019, 2020). Case-based learning can be used in most fields where students engage in real-life dilemmas (Biggs and Tang 2007) and, in particular, the use of ethical dilemma cases has been found to be effective in ethics education (Fisher and Kuther 1997; Clarkeburn 2002; Zucchero 2008; Jordan et al. 2013; Rissanen and Löfström 2014). Dealing with cases enhances understanding of the topic, helps put theory into practice (Biggs and Tang 2007), and facilitates understanding of the context by enhancing mental representations (Ericsson 2007).

Various theories can be applied to support learning about research ethics and integrity. Most of them combine collaboration and scaffolding.

First, the knowledge building theory (KBT, Scardamalia and Bereiter 2006) proposes a collaborative effort for advancing mutual understanding and knowledge. In the context of KBT, the group learns by building and sharing knowledge and interacting with the learning environment (e.g. a task). Discourse is an important element to synchronise understanding and the content is not focused on factual knowledge alone: when the teacher or textbook provides additional information, this is evaluated by the group, the understanding may be elaborated and also new ideas may emerge. Groups also create collaboratively ‘epistemic objects’ – artefacts that reflect the advancement of knowledge or co-creation of knowledge. Developing research ethics competencies also happens collaboratively while learners build their mutual understanding (Authors in press).

Second, Vygotsky’s (1980) concept of zone of proximal development (ZPD) indicates that people can learn in groups what they cannot learn alone by scaffolding provided by more knowledgeable others, including peers. Scaffolding can also be provided by the digital environments and task design. More knowledgeable others could be experts in the field. Ericsson (2007) describes an expert as a person who has mastered the content knowledge and skills of a domain on a level that allows them to solve the problems accurately and effectively even in conditions that cannot be foreseen. Löfström et al. (2019) have proposed that knowledge on expert strategies on solving ethical problems may benefit REI training for non-expert groups.

Third, in the Computer-Supported Collaborative Learning (CSCL) approach, knowledge is a product of collaborative work, and the role of technology is to support collaboration and knowledge building processes that would be challenging to organise without digital tools (Stahl 2002; Stahl and Hakkarainen 2021). Scardamalia (2002) emphasises that learning with the support of computers and collaboratively is not linear, the questions are often open-ended, knowledge is co-created, groups work on expanding epistemic objects and do so iteratively to refine the knowledge – such a learning process cannot be fully scripted, but it can be scaffolded.

Fourth, scaffolding as a teaching strategy originates from Vygotsky’s sociocultural theory and is part of his concept of the ZPD (Vygotsky 1978). Originally, scaffolding was considered an interaction where the ‘expert’ – a parent, teacher or tutor (Wood et al. 1976) – or a peer (Vygotsky 1978) provided the help needed by the learner, for example, by reducing the complexity of the task, maintaining goal orientation, motivating or providing answers (Wood et al. 1976), and then gradually fade support as expertise increases.

The current research focused on various components of external scaffolding. Chi et al. (2001) consider scaffolding a critical component in facilitating learning, especially highlighting two components of scaffolding: what to prompt and when. In addition, Riser (2004) claims that scaffolding has two complementary mechanisms: structuring the task/problem and problematizing the subject matter. Structuring the task means reducing the degree of freedom and maintaining focus (e.g. decomposing complex tasks, focusing effort by giving limited options/pre-selecting data, helping learners monitor what they are learning by using prompts/reminding important goals, etc.). Problematizing means making the learner’s work more ‘problematic’ by eliciting using previous experience to solve the problem (e.g., extending the case/problem, highlighting ‘discrepancies’, providing help only when asked, keeping the focus, eliciting commitment by provoking learners, etc.). Moreover, Quintana et al. (2004) have developed a scaffolding framework that underlines the threefold challenges that learners face: sense-making, process management and articulation/reflection. External scaffolding also supports obtaining metacognitive strategies of declarative, procedural and conditional knowledge (Shraw and Moshman 1995). Procedural knowledge can be supported by explicit instructions on how to deal with a given task (also described by Chi et al. 2001, Quintana et al. 2004). Conditional knowledge is supported by discussions with peers, and declarative knowledge by monitoring and reflecting ones advancement of understanding (Lai 2011). Thus, by supporting the learning process during REI training by providing information and examples when needed, structuring the tasks, redirecting the learners, and eliciting reflection, advancement in understanding has been detected (Tammeleht et al. 2020).

A historical overview about ethical research governance (Sivasubramaniam et al. 2021) indicates that a wide range of regulations and standards that have been set up starting from the Nuremberg Code 1947 (BMJ 1996), the Declaration of Helsinki 1964 (World Medical Association 2001), the Belmont Report 1974, and others should uphold high standards of research. Research on ethics management and academic integrity policy (Bretag et al. 2011; Anohina-Naumeca et al. 2018) indicates that the way research institutions display their policies and decision-making (hence, acting according to those policies) influences the social trust towards their activities. It appears that leadership competencies in research ethics and integrity context have not received much attention.

‘REI leadership’ is a novel term and combines elements from ethical, authentic and transcendental leadership concepts and was specifically coined for this study. A new term might be needed to cater for the needs of the HE context. While the term ‘ethical leadership’ is in use in business (Treviño et al. 2003), it does not fully coincide with the goals of leadership in HE institution. ‘Academic leadership’ pertains to leaders of higher education institutions (e.g. Olson and Walsh 2019), which is not the direct target group of the current study.

In order to build a culture of integrity the leaders require a set of competencies. First, Trevino et al. (Treviño et al. 2003, Treviño et al. 2006) have outlined the characteristics of ethical leadership as communicating decisions openly and making the decision-making process transparent. Ethical leaders display care for others’ needs by listening, showing concern and considering the greater good and long-term best interests of the organisation (Treviño et al. 2003). Their words and actions are aligned which contributes to trustworthiness, they also demonstrate commitment to building the ethical culture in the organisation (Crews 2015). In addition, ethical leaders are focused on relationships, which refer to fairness, empathy and altruism towards others, but also for oneself (Crews 2015). At the same time ethical leaders still run a business and the main goal is to incentivise employees to work for the benefit of the organisation and making sure rules are followed, described as transactional ‘moral person–moral manager’ by Brown and Treviño (2006).

Third, in order to build an ethical academy (see Bertram Gallant 2011) transcendental leadership (Cardona 2000; Sanders et al. 2003; Kezar and Sam 2011) may provide positive results. In HE the members of the community need more autonomy, the networks may be more loosely combined and more trust is put on the individual (Bertram Gallant 2011) and this is the reason why transcendental leadership style may be effective – the leader provides an environment where the ‘followers’ become exemplars of their own (Cardona 2000). By acting in accordance with one’s values and beliefs the leader starts to draw in people who feel the same way – the followers want to identify with the common cause that has value and follow the leader who displays integrity (Cardona 2000). The leader puts the vision into words and inspires with one’s passion to lead the team towards the greater good. Human interaction and empathy is the starting point, the leader strives to contribute to the development of the followers (Cardona 2000).

The mean platelet volume and atherosclerotic cardiovascular-risk factors in adults with obesity: a systematic review and meta-analysis of observational studies – BMC Nutrition