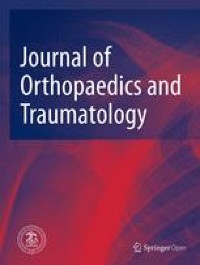 Controversy still exists regarding which approach is better for treatment of femoral head fracture [22]. Surgical hip dislocation can be used for treatment of this type of fracture. It provides better visualization and the possibility to identify and eventually treat posterior wall lesions or labral tears [2, 7, 23, 24]. Surgical approaches that are used for treatment of femoral head fracture are variable. These approaches are Kocher–Langenbeck (posterior), Watson–Jones (anterolateral), Smith–Petersen (anterior), and Ludloff (medial) [7, 25].

Mostafa et al. reported that surgical hip dislocation using trochanteric osteotomy was associated with less blood loss and shorter operative time than the posterior hip approach. They concluded that surgical hip dislocation was superior to the posterior approach because of its advantages such as full exposure of the whole femoral head, direct screw fixation, and less incidence of osteonecrosis. They recommended the posterior approach for treatment of irreducible hips [2]. However, occasional complications such as fracture nonunion, migration of the osteotomized trochanter, and trochanteric bursitis may occur with trochanteric osteotomy technique [26].

Fixation methods for femoral head fracture are diverse. Some authors report the use of Herbert screw [2, 5, 6, 14, 22, 28], partial cancellous screw [2, 14, 22], headless screw [3, 6], and nonabsorbable screw [4]. In the current study, Herbert screw was used in 6 patients and partially cancellous screw in 12 cases. Cannulated screws provide more compression than Herbert screw [29]. We believe that compression is required in fixation of head fragment, either to enhance the healing process or to use compression to embed head fragments together and prevent their displacement.

Matta’s criteria for radiological evaluation of fracture reduction were reported in three studies [4, 14, 22] as well as the current study. Functional outcome can be evaluated either by Harris Hip Score [4, 8, 14, 28] or Merle d’Aubigne and Postel score [2, 3, 5, 6, 14, 22]. We used both Harris Hip Score and Merle d’Aubigne and Postel score for functional evaluation of our cases.

Posterior labral tear is a constant intracapsular injury in posterior wall acetabular fracture [30]. In our case series, all cases had posterior labral injury (peripheral type). We were unable to repair labral injury as it was severely torn. It was just debrided (trimming of the torn edges). None of our cases needed suture anchor repair. Some authors state that the avulsed posterior root of the labrum (osseus avulsion) is an indication for repair. It may disrupt the joint sealing function of normal labrum and induce hip joint instability [30]. Solberg et al. reported labral tears at the superior acetabulum rim in all cases [6]. Gavaskar et al. reported labral tears in 15 patients (53.5%). Tears were located in the posterosuperior region. They reported that labral tears can be safely accessed and repaired through surgical hip dislocation approach [3]. Masse et al. reported labral tears in four patients in their case series [4].

It is difficult to differentiate the cause responsible for this injury, but Pipkin type III or IV is an indicator of high injury trauma, which may be the primary cause of osteonecrosis, so intraoperative assessment of the femoral head vascularity using the drill technique is an essential step during the surgical procedure. Moreover, the time elapsed between hip dislocation insults and femoral head reduction is key for good outcomes and to avoid osteonecrosis [3, 32, 33].

The mean incidence of osteonecrosis in trochanteric flip osteotomy is reported to be 12.5%, with 16.4% in posterior hip approach versus 7.9% in anterior approach. The anterior hip approach was associated with the lowest incidence of osteonecrosis but was associated with high incidence of heterotopic ossification [34]. Surgical hip dislocation provides better visualization and the possibility to identify and eventually treat posterior wall lesions or labral tear.

In our study, closed reduction of hip dislocation within 6 h was done for all cases, and the average time to operation was 5 days. This may explain the low incidence of osteonecrosis [one case (5.5%)]. Also, the rigorous execution of the approach keeping in mind the course of the medial femoral circumflex artery lowered the incidence of osteonecrosis and other complications.

One limitation of this study is the small number of cases, making statistical analysis difficult to perform, although the number of cases can be considered excellent when compared with other studies in literature. Moreover, this shortage is considered to be an obstacle to comparison between surgical hip dislocation and other techniques. Another limitation of this study is the short follow-up period. Osteonecrosis and osteoarthritis course is unexpected and unpredictable.

Complex rupture process on the conjugate fault system of the 2014 Mw 6.2 Thailand earthquake – Progress in Earth and Planetary Science

Rethinking Figurative Language in Autism: What Evidence Can We Use for Interventions?

Editorial: Tectonic and Environmental Reconstructions: Perspectives From Geochemistry and Isotopes of Sedimentary Rocks