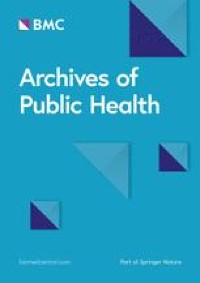 In order to understand culturally and socially relevant types of maternal social support, and to identify which measures may provide the best fit for our specific setting, we assessed the patterns of maternal social support and health facility delivery including the interactive effect of structural and functional social supports. In this study we found that around 46.9% of women delivered at health facility, consistent with recent studies in the country including data from the 2019 Mini EDHS and others which reported a proportion between 43 and 52% [9, 42, 43]. Previous reports in Ethiopia and in other low-income countries like Ghana, Kenya, and Bangladesh [7, 10, 16, 44] showed much higher rates of facility deliveries (between 70 and 74%), a discrepancy that could be explained by lower health facility delivery in rural areas, such as the study area of our analysis. The other explanation could be that our analysis considered women with uncomplicated pregnancy and childbirth, who may be less likely to delivery at a health facility because pregnancy and labour are seen as normal human events and not considered as a problem unless the women encountered complications and related health problems [15, 44, 45].

The current findings showed that perceived support, types of support and the people providing this support were associated with place of delivery. Multivariable logistic regression analysis revealed that women who perceived that their partner /family members helped them during childbirth were more likely to deliver at health facilities, although this association should be interpreted with caution due to the possibility of reverse causality possible with cross-sectional data. Consistent with previous research [7, 10, 17] women who perceived that their husbands and family members were in favor of health facility deliveries were more likely to have given birth at one; receiving advice from family members during pregnancy further strengthened this likelihood.

In terms of functional social support, we found that women who were accompanied during labour and childbirth had a significantly higher odd of facility delivery than women without such support. The finding was supported by other studies which find that women strongly prefer to have a birth companion [22, 46], which is also associated with increased satisfaction with healthcare services. A Cochrane effectiveness review suggested that having a labour companion enhances utilization of MCH services, and improves outcomes for women [47, 48]. Further, in addition to enhancing health facility delivery, women who have companions to accompany them during labour and childbirth may also benefit from more rapid diffusion of health information, and through practical and affective support in accessing to local services and facilities [13, 47,48,49].

From structural social support, the use of health facility delivery was positively and significantly associated when women received supports from close friends/neighbors.

Although different studies report that friendship can have both negative and positive health impacts, many scholars report that the benefits of friends are greater than those from relatives. For example, in terms of predicting health, friendship occasionally predicts health to an equivalent and, in some cases, larger degree compared to spousal and parent–child relationships [26, 29, 52].

Different social support variables highlighted by different researchers as predictors of the health service utilizations, such as number of ties/density, emotional supports, interaction between functional and structural dimensions, participation in roles that promote healthcare, and member of any social groups, were not associated with health facility delivery in our study. Similarly, some studies argue that, instead of counting number of ties, amount of received supports and participation in activities that have different objectives than MCH care, it would be better to assess the quality of relationship and consistency of support from network members [24, 52, 55].

Further, different studies on social support recommended caution during subgroup analyses and interpretation of social support variables [10, 31, 56], due to the fact that consistent patterns about the effectiveness of different social supports during pregnancy and childbirth may be enhanced or reduced by contexts in the birth setting, type of provider, and timing of onset of support [29, 52, 57]. So, this result may imply about the main advantage of getting local context-based labour support which may target underserved pregnant women, provides service at no cost to the client, and seeks to employ supporters who are from the same local contexts in which they are living. In Ethiopia, receiving such in-kind social support during labour and childbirth is congruent with the social and cultural norms, where relationships and support from family and extended family, in-laws, close friends and customs are highly valued, including input and advice with regard to the decision about where and with whom to give birth.

Our findings also revealed that women who lived further from the health facility were more likely to have used a health facility for delivery than those women who lived closer. In this regard, studies in Africa and Southeast Asia reported different findings on distance from health facility as an influencing factor for women’s decisions to use MNCH care [13, 59, 61] . Qualitative and quantitative studies from the same setting in Ethiopia reported that women living a greater distance to the maternity facility were more likely to utilize MNCH services including maternity waiting homes [15, 16, 36, 47]. Within the study setting, there is a freely available ambulance transport service during labour and the availability of maternity waiting homes may help women from remote areas use childbirth care [13, 15, 16, 36]. The other reason could be providing women with supports and transportation funds before they go to a facility for delivery and managing transportation options, as well as using maternity waiting home may increase service utilization [3, 13, 28, 44, 62].

The findings of this study, however, must be considered in light of various limitations. Women were only asked about current patterns of social supports, while the childbearing was done in the past, again leading to issues about the direction of the relationships as well as the issue of whether current patterns of maternal social support consistently reflect the future patterns. Again it is not clear whether participant’s perceptions of network approval of facility delivery may have been influenced by their actual experiences, rather than simple explanations of maternal support for facility delivery; mixed research methods including longitudinal studies could be important here in order to establish causality. Further, women could have responded with socially desirable answers such as reporting that they considered facility delivery in a positive light. In addition, ascertaining support for practical and advice regarding facility delivery does not provide the whole picture of social support. We therefore measured only some of the instrumental and informational support available to women.

Despite these limitations, we sampled women who had given birth 12 months prior to the survey which helped to limit recall bias. Further, we used a simple random sampling with standardized protocol for data collection, which was the best approach to collect data from women in rural areas. Moreover, in addition to including interaction effect analysis, to minimize the effects of information and potential social support confounders, we restricted recruitments of participants to the current pregnancy and cannot extrapolate to women who experienced pregnancy and delivery related complications. Our results may have generalizability not limited to women during pregnancy, delivery and after delivery, as the efforts to build social support will not only affect those who are directly involved, but their family, neighbors and community will indirectly experience the consequences.