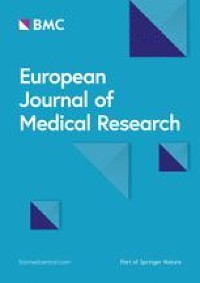 LCTs are rare. Typical US findings in adults have been described as an isolated hypoechoic well-delimited mass with predominant peripheral hypervascularization [9]. In adults, LCTs may be discovered because of gynecomastia, but are mostly depicted an incidental finding during US infertility screening. Dynamic enhanced MRI were more likely to show faster, higher and stronger enhancement compared to normal testis or seminomatous germ cell tumors [10], similar as our pediatric case.

Testicular adrenal rests tumors (TART) described in congenital adrenal hyperplasia is the main differential diagnosis in case of PP associated with testicular mass. TARTs may be hypoechoic or hyperechoic at US, mainly located near the mediastinum and bilateral, and showing a multilocular pattern, and those signs helped to differentiate them from LCTs [10]. Their vascularization may vary, described as intense [10] or poor [11] as reported in recent case series. Depending of the scan and the color Doppler parameters. Our pediatric presentation of LCT showed interesting features, especially predominant central vascularization on ultrasensitive-Doppler, and this pattern differed from sporadic LCTs described in adults. A hyperechoic rim surrounding the tumor was also observed in our case. This feature is consistent with another recent case series [2] and has not been described in TARTs. The moderate increase of stiffness in the lesion on SWE is common in benign testicular tumors and is not useful to distinguish LCT from TART. Moreover, TARTs are usually bilateral lesions. The unilateral location of the tumor was therefore taken into account in the diagnostic process. MRI emerged as an additional diagnostic modality for the assessment of testicular mass when the US findings are equivocal in adults. MRI findings may support the initial hypothesis of LCT, showing a hypervascular tumor with early enhancement and a type 2 time–signal intensity curve, with a high, strong enhancement concordant with the previously published adult cases [10]. The overall low ADC of the left testicle is an unusual finding. Given that LCTs are known to increase intra-testicular testosterone levels and precocious spermatogenesis, we hypothesized that local hypercellularity could be an indirect manifestation of hormonal secretion in this patient, as described at pathological analysis [12].

To conclude, the predominant central vascularization on ultrasensitive-Doppler and the hyperechoic rim were the two major features to discriminate an LCT from a unilateral TART on US scan. On MRI, both the enhancement kinetic curve and the low ADC of the lesion as well as the testicular parenchyma helped to cement our preoperative hypothesis.

Diagnostic management of PP related to testicular mass may be challenging. This case illustrates the contributions brought by multiparametric US and MRI findings, including imaging changes caused by local hormone secretion, which may be helpful to distinguish an LCT from a malignant tumor or a TART, the two main differential diagnoses in PP.