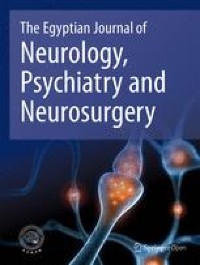 Dyslexia occurs across all languages (alphabetic languages, such as English, French, German, Arabic, and logographic languages, such as Chinese and Hieroglyphs). It is recorded in all socioeconomic statuses, cultures, and ethnic backgrounds [15]. However, the prevalence of dyslexia is not the same in all countries. In Finnish, there is a good correlation between orthography (the way a letter looks) and phonology (the way it sounds). It is easy for children to read, and so there is a lower prevalence of reading disability in countries speaking Finnish [16]. On the other hand, in English, the relationship between orthography and phonology is inconsistent. One letter can represent several different sounds. For example, the letter “s” is pronounced differently in each of the words “sun”, “sugar”, and “lens”, and the sound of the letter “F” is written differently in “left” and “elephant”. Thus, the prevalence of dyslexia is higher among English speakers than among speakers of many other languages [16]. In the USA, reading disabilities (dyslexia) comprise 80% of all learning disabilities, and as many as 43.5 million Americans have dyslexia [15]. Again Arabic is a language with deep orthography, for example, the letter “Alef” (أ is pronounced differently in different words as أ أسامه, أحمد, إسلام and hence has a high prevalence of dyslexia that was also found by Naama Friedmann, Manar Haddad-Hanna (2012) [17].

Using the specifically constructed Arabic Reading Achievement Test (ARAT), it was found that the prevalence of dyslexia among 2nd-grade public school students of Asyut city was 13.9%, N = 52/373. It lies at the upper range of the worldwide, estimates of prevalence which vary from 2 to 15% of the population. It has acceptable reliability according to National Institutes of Health 2007, which reported that, for the tests to be reliable, its Cronbach’s value should be 0.70 or more. Moreover, deletion of any of its constituent sub-items shows a minimal decrease in its Cronbach’s alpha value, which indicates the significance of all constituent sub-items [14, 18].

Despite the proved validity and reliability of the constructed ARAT (Cronbach’s alpha 0.785 & Pearson’ correlation r = 0.601 with end-year Arabic achievement school test) in the identification of students with dyslexia, it is better for all students who are struggling in the early stages of learning to read, to be subjected to detailed study and rehabilitation programs, not to wait to proven failure.

The specifically constructed Cognitive Ability Diagnostic Battery for Reading (CADB-R) had Cronbach’s alpha coefficient value 0.741 and all values of its corrected item–total correlation were 0.2 or more, which indicates acceptable reliability [13, 14]. Again, deletion of any sub-item of the diagnostic battery results in a minimal decrease of the total Cronbach’s alpha value indicating internal consistency and high reliability of the total battery and its sub-items.

The significantly low scores of poor achievers compared with good achievers on the text reading comprehension task of the battery (P < 0.001) may indicate the importance of comprehension as a cognitive process intimately related to reading and justifies its deficit as underlying pathophysiology of dyslexia. This impairment of comprehension tasks might be attributed to poor vocabulary store of those children. This may highlight the necessity of early enrichment of vocabulary store of young children to improve their comprehension strategies. This finding is supported by the significantly impaired mean scores of giving the word meaning or opposite word sub-test obtained by children with dyslexia compared to good readers. Impaired comprehension results in low responding to teacher’s instructions, in re-reading of the text more and more with consequent slow reading and low level of achievement. Consistent with these results are the findings of Vellutino in 1991, who mentioned that failure to use good comprehension strategies could contribute to poor reading and reduced scores in spelling [19].

Over the past three decades, accumulated evidence demonstrates that dyslexia involves difficulty within the language system, specifically phonology [20]. The phonological deficit hypothesis relies on the converging evidence from laboratories around the world which demonstrated what has been termed “neural signature of dyslexia”. This describes the inefficient functioning of the left posterior reading system (Wernicke’s area, angular gyrus, and striate cortex) [21]. In the present study, poor achievers performed significantly worse than good achievers on phonological awareness (0.001). Difficulties in phonemic awareness are typically observed in students with dyslexia and impact a student’s ability to learn letters and the sounds associated with a given letter shape and to understand the alphabetic principle (audio-visual correspondence), resulting in difficulties in decoding words and accurate spelling. These findings are consistent with the study done by Gentile (2005), who considered a weakness in rhyme detection and phonological awareness as a precursor of dyslexia [22].

Students with dyslexia had lower visuospatial skills than good achievers (0.001). The significantly poor visuospatial skills of students with Arabic reading disability in comparison to good readers could be explained by their inability to discriminate between similar Arabic letters specially dotted letters as (ج خ ح), (ب ن). Moreover, these impaired visuospatial skills are the underlying contributor for letter reversal within a word. This view is confirmed by the significantly lower scores of poor readers on their ability to form words from letters, and their lower but insignificant lower scores on proper dotting of letters.

The significantly low scores of auditory memory tasks of the battery among poor achievers compared to good achievers (0.002) might indicate the importance of auditory memory deficits in the aetiology of dyslexia and justifies its importance in the newly constructed diagnostic battery. These results agree with the study of Slaghuis and Ryan, who found that dyslexic children have auditory memory deficit [23]. Poor auditory memory makes dyslexic students forget parts of words, phrases, or sentences before they have been completely understood, resulting in poor comprehension and this necessitates re-reading more and more with consequently slow reading [24]. Moreover, memory for letter patterns, letter sequences, and the letters in whole words (orthographic processing) may be selectively impaired or may coexist with phonological processing weaknesses and poor auditory memory that contribute to dyslexia [24].

In the present study, poor readers scored significantly lower scores on audio-visual correspondence tasks than their peers with good reading. The beginning reader should connect the shape of letters (graphemes) to the sounds of spoken letters, or the elemental particles of speech (phonemes), i.e., grapheme-phoneme correspondence. The phonological deficit hypothesis represents the most robust and specific correlate of reading disability [25]. And also, grapheme-phoneme correspondence or mastery of audio-visual correspondence skills are crucial not only for the beginning readers but also for early developing infant to connect the heard words to the corresponding objects around him. Thus, understanding this underlying pathophysiology represents the basis of most successful programs of an evidence-based intervention designed to improve reading.

Evaluation of sensitivity and specificity of the newly constructed Cognitive Abilities Diagnostic Battery for reading revealed that the new battery had high sensitivity as a screening tool (86.5%), and it is a useful tool for diagnosis of dyslexia (specificity = 84%) according to Cicchetti [26]. Moreover, some of its sub-items, e.g. visual discrimination (97%), auditory discrimination (87%), and audio-visual correspondence (84%) have excellent specificity for the diagnosis of dyslexia cases.

After training of sixteen students with reading disability was done, there was a significant improvement on the total battery score of cognitive skills as well as its sub-items. This improvement in reading cognitive abilities was associated with a significant improvement in reading achievement as evaluated by ARAT. These findings document the importance of the studied cognitive skills and their relevance to the development of the reading process.

Materials and technology of mosaics from the House of Charidemos at Halikarnassos (Bodrum, Turkey) – Heritage Science