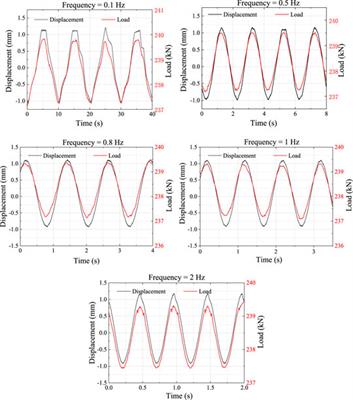 FIGURE 1. Schematic of an air spring with an auxiliary chamber.

Two aspects should be considered while modeling the orifice; one part is the stiffness of the high-speed airflow caused by the air pressure difference between the two air chambers while air passing through the orifice, and the other part is the friction damping and inertia damping of air in the orifice. Suda and Kumaki (Suda, et al., 1998) conducted a preliminary study on air springs for railway trains and pointed out that the airflow in the orifice flows at a high frequency between the two air chambers, the air resistance effect increases. Bideaux et al. (Bideaux, et al., 2003) studied airflow characteristics through the orifice and drew the same conclusion as Suda. In addition, Docquier and Paul (Docquier et al., 2007) presented four modeling methods (INTEC GmbH, 2005; ISO 6358:1989, 1989) for throttling devices and gave the frequency range applicable to the four models.

It can be concluded from the aforementioned literature that the air spring model is related to the frequency and amplitude of the excitation. In an experimental study on the semi-automobile air suspension system, Zargar (Zargar, 2007) pointed out that damping in the air spring will increase non-linearly as the natural frequency of the system increases, especially in the 4–6 Hz region. Suda and Kumaki (Suda, et al., 1998) established an air spring suspension system model using A’GEM software and concluded similarly to that of Zargar. To investigate the air suspension of high-speed trains, Docquier et al. (Docquier, et al., 2008) compared and analyzed five air spring models and presented the air spring models that would be suitable below 8 Hz and above 8 Hz. Porumamilla et al. (Porumamilla, et al., 2008) further studied the characteristics of the displacement transmission rate of air springs, pointing out the variable frequency damping characteristics of air springs and highlighting that the natural frequency changes with the opening of the orifice.

The previous studies focused on air springs in the suspension systems of luxury cars and high-speed trains (Alonso, et al., 2010). Both the frequency and the amplitude of the excitation of such systems are large (up to 10 Hz and more than 20 mm). The characterization error for air springs in the case of low-frequency micro-vibrations is relatively large. The requirements for micro-vibration isolation have become more stringent with the development and use of large-scale ultraprecision instruments. Air springs are widely used in low-frequency micro-vibration isolation systems for precision instruments because of their ultralow stiffness. If the change in air spring stiffness with frequency is neglected, the vibration results obtained via simulations and actual measurements become considerably different (Presthus, 2002). Hence, it is essential to consider the change in air spring stiffness with frequency to accurately simulate the mechanical behavior of vibration isolation systems and guide the design of these systems, especially in the low-frequency micro-vibration region.

In this study, the frequency-dependent stiffness of an air spring was derived using the small deviation linearization method and a non-linear damping air spring model. An air spring submodule using C++ was implemented in the STERA_3D (Earthquake Disaster Engineering Research Laboratory, 2020) software to analyze the dynamic performance of the SPCC floating foundation. The reliability of the small deviation linearization method was verified by a floating foundation vibration test, which was performed in a solid-state quantum laboratory. Moreover, the acceleration time histories and the Fourier amplitude of an SPCC floating foundation vibration reduction system were obtained via simulations and vibration tests, which exhibited good agreement. The results also revealed that the proposed air spring model performed well in the low-frequency micro-vibration region.

Mathematical Model of the Air Spring

Model of the Air Spring

Considering the safety of the vibration reduction system in real applications, it is better to keep the initial static pressure as low as possible. By limiting the dynamic pressure to be less than 0.8 MPa, effective pressure control should be achieved on eccentric SPCC floating foundations. Since the volume of the auxiliary chamber is constant, the air pressure in the auxiliary chamber can be expressed as:

Damping of the air spring during vertical vibration is achieved by obstructing the airflow in the orifice. The mechanical characteristics of the damping are a combination of viscous damping, and quadratic damping, the airflow through the orifice can be therefore expressed as:

Let y denotes the damper displacement, λ and q can be rewritten as:

. Introducing the spring constants K1, K2, and K3 and damping coefficient Cβ, as shown in Figure 2 and Eqs 5, 6 can be rewritten as:

FIGURE 2. Mathematical model of air spring with an auxiliary chamber.

Frequency-Dependent Stiffness of the Air Spring

It is known that a non-linear function can be expanded into a Taylor series around the operating point (Corliss and Chang, 1982). When the deviation range around the operating point is considerably small, the high-order terms of the series can be neglected to obtain a linearized equation containing only the first-order term. This method is referred to as the small deviation linearization method.

We have proposed an SPCC floating foundation vibration reduction system for vibration reduction in large precision instruments, where air springs are the main vibration isolation elements. Precision instruments are susceptible to vibrations, and even micro-vibrations strongly affect their accuracy (Voigtlander, et al., 2017). When the SPCC floating foundation vibration reduction system is in its operating state, micro-vibrations of the air springs occur close to its equilibrium position, that is, the relationship between the stiffness and frequency of an air spring can be determined by using the small deviation linearization method. Therefore, the air spring reaction force, main air chamber pressure, and auxiliary chamber pressure, given by Eqs 1, 2, and 3 are linearized as follows:

The linearization of the orifice airflow was performed earlier by Rongsheng (Rongsheng, 1992), in which the orifice flow resistance coefficient, R, was replaced by βRβ to obtain

The time derivatives of Eqs 10, 11 are given by

The Laplace transform of Eq. 17 is given by

As force and displacement always have opposite signs, we obtain

As stiffness is positive, we obtain

Figure 3 shows the illustration of the experimental equipment. It is seen that the upper end of the table was fixed, and the lower end performed simple harmonic motion at different frequencies. The main and auxiliary chambers were connected by the orifice. The experimental system works under the conditions of constant pressure. The auxiliary chamber and an air compressor were connected by a connecting pipe. An air compressor provided stable air pressure during the test. The top of the spring was fixed, and the bottom of the spring was connected to the vibration test table, which generated sinusoidal excitation. Therefore, the deformation of the spring was sinusoidal vibration with a fixed amplitude. As the experimental parameters were known, the measured dynamic load was a sinusoidal periodic signal. The laser sensor and load cell were used to measure the spring displacement and dynamic load signals. The dynamic stiffness of the air spring was obtained by dividing the minimum dynamic load by the minimum spring displacement.

Parameters of the Air Spring

The air spring with an auxiliary chamber used in the SPCC floating foundation vibration reduction system of an electron beam exposure machine was utilized in the test performed in a solid-state quantum laboratory. The frequencies of the air spring were 0.1, 0.5, 0.8, 1, and 2 Hz, and its displacement was ±1, ±2.5, ±5, ±10, ±15, and ±20 mm. The physical parameters of the air spring are shown in Table 1.

It is seen that in the low-frequency range (below 1 Hz), the error is less than 6.0%, which indicates that Eq. 20 can be used to accurately evaluate the frequency-dependent stiffness of the air spring. The stiffness of the air spring has a high degree of non-linearity, which is in good agreement with the experimental results in the low-frequency range but not so in the high-frequency range. This is because the value of β in Eq. 20 has considerable influence in the high-frequency range. Hence, the value of β can be modified appropriately using the experimental results.

Comparison of the Simulation and Test Results

Figures 8, 9 show the acceleration time histories and power spectral density of the system, respectively, which were obtained via simulations and physical testing. It can be observed that the response of the SPCC floating foundation simulated by the proposed air spring model in this study is accurate in terms of the acceleration and the Fourier amplitude of frequency distribution. The simulation error of peak acceleration is in the range of 4.07%–9.41%, as shown in Figure 10. Considering the small magnitude of micro-vibration (micron level) and noise interference, such an error is acceptable. The simulation results agree well with the experimental data in the main frequency (approximately 1 Hz) of the SPCC floating foundation vibration reduction system, and the second frequency (approximately 5 Hz) also has a certain degree of accuracy. To sum up, the model proposed in this study performs well in the low-frequency micro-vibration region, especially for micro-vibrations whose frequency is less than 6 Hz.

The original contributions presented in the study are included in the article/Supplementary Material, further inquiries can be directed to the corresponding author.

A Effective area of the main chamber at static height

PA Pressure in the main chamber

PB Pressure in the auxiliary chamber

q Airflow through the orifice

z Vertical displacement of air spring from the static height