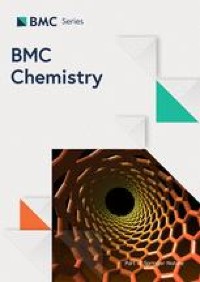 DLLME has been extensively used for the preparation of various samples with different matrices including environmental water [25], soil [26], food [27], plasma [28, 29], serum [30], urine and saliva [31]. DLLME has been applied for determinations of pharmaceuticals [17], pesticides [32], insecticides [33], toxicants [34], and natural products [35]. In this work, a dispersive liquid–liquid microextraction methodology was combined with HPLC/UV detection for preconcentration and determination of repaglinide in environmental water samples. The continuous consumption of antidiabetic drugs increases the possibility of its presence in industrial and municipal sewage water. Repaglinide cannot be detected in aqueous samples without pretreatment due to its low concentrations. Vortex-assisted DLLME efficiency was affected by experimental conditions including extractant type and volume, disperser type and volume, and pH of the sample [36]. To attain the utmost enrichment of repaglinide, it was essential to optimize these variables. This optimization was performed on two sequential steps: studying the effects of different experimental variables to set the limits, and optimizing these conditions by simultaneous changes within the specified limits. The mentioned chromatographic conditions showed retention times of 8.3 and 5.5 min for repaglinide and nateglinide, respectively.

Selection of extractant type and volumes

Suitable extractants should have certain characteristics to achieve the desired purpose of use. These characteristics include high safety, environmental benignness, low miscibility with the aqueous phase, the ability to extract the target analyte, and compatibility with the analytical instrument [37]. High density halogenated hydrocarbon solvents such as chloroform and dichloromethane usually were used but they are highly toxic [38]. Other low-density solvents such as long-chain alcohols are suitable alternative extractants [39]. Based on preliminary experiments, it was found that long-chain alcohols such as 1-octanol, 1-decanol, 1-undecanol, and 1-dodecanol were good extractants of repaglinide (Additional file 1: Fig. S1) so, they were chosen to be studied using experimental design optimization. The volume of extractant was also critical for the enrichment of the analyte. Increasing the extractant volume may lead to decreasing the enrichment factor due to the dilution effect [40]. Decreasing the volume beyond 30 µL lead to decreasing the available volume for analysis [38] so, volumes ranging from 30 to 150 µL were chosen for the subsequent optimization.

Selection of disperser type and volumes

The main requirement of a suitable disperser is its miscibility with both the extractant solvent and aqueous phase to ensure efficient contact between both of them [41]. Introducing new dispersers like glycerol and propylene glycol enhances the green aspects of analysis. Based on preliminary experiments, methanol, acetonitrile, glycerol, and propylene glycol showed reasonable extraction efficiency (Additional file 1: Fig. S2), while acetone and ethanol were excluded as they showed overlapping peaks at the same retention time of the analyte. This could be due to the presence of impurities in acetone and ethanol. Volumes ranging from 100 to 500 µL were chosen for subsequent optimization. Volumes lower than 100 µL and higher than 500 µL were tried but they showed low enrichment factors (Additional file 1: Fig. S3). Low volumes of disperser are not enough to disperse the extractant in the aqueous phase while high volumes may enhance the miscibility of the extractant in the aqueous phase making the phase separation difficult [36] or it may be due to increasing the solubility of repaglinide in water which minimizing the extraction efficiency [24].

Ionizable drugs are greatly affected by pH, hence optimization of pH during vortex-assisted DLLME procedures is critical. The extraction of the drug is affected by the degree of ionization which in turn depends on pH. The best pH is the one that ensures that most of the drug molecules are in the unionized form with sufficient hydrophobicity to be more extractable in the organic phase [40, 41]. Repaglinide has two pKa values of 6.20 (basic) and 3.96 (acidic) for the amine and the carboxylate groups, respectively [42]. So, no specific pH within the HPLC working range could be selected to make the two functional groups of repaglinide in the unionized forms. For this reason, a wide range of pH values from 2 to 8 was chosen for further optimization.

Method optimization in DLLME could be performed using either the classical one factor at a time approach [43] or chemometrics methods including response surface methodology [44]. In response surface methodology, the different experimental variables are studied simultaneously which saves time, effort and consider potential interactions between variables. Accordingly, the results of the preliminary study were used as a base for further optimization of vortex-assisted DLLME procedures of repaglinide using response surface methodology, with aid of Design Expert 8® StatEase software. The model studied the interaction between the different variables: type of extractant, the volume of extractant, type of disperser, volume of the disperser, pH of the sample. The developed model decreased the time required to reach the optimum conditions in comparison with the one factor at a time approach. Besides, the model helped to predict enrichment factors at any given condition and the critical experimental variables.

The five variables (extractant type, extractant volume, disperser type, disperser volume, and sample pH) were varied over a program-suggested 58 runs using a quadratic integrated D-optimal design (Additional file 1: Table S1). The levels of each variable were chosen based on the previous results, as shown in Table 1. The desirability criteria were set to select the conditions that achieve the maximum response, where the latter was defined as the EF of each run. The desirability function attempts to reach operating conditions that guarantee compliance with the criteria of the involved response. The d values could be between 0 and 1, where 0 indicated undesirable conditions while 1 could hypothetically be attained at fully desirable conditions [21, 45].

The enrichment factors (EF) of different extractant/disperser combinations were calculated by the developed model, as shown in Fig. 2. This simultaneous optimization considered the possible interactions between variables and help reach the actual optimum. The results revealed that the best combination consisted of 1-octanol as an extractant with acetonitrile as a disperser. It also showed that 1-octanol was always the best extractant, no matter which disperser was used. It is worth mentioning that glycerol showed comparable results with methanol, which highlights the potential use of glycerol as a green disperser. Based on the optimization results, three variables had substantial effects on the EFs. These variables included the extractant type, the extractant volume, and the pH, while the other two variables (the disperser type and volume) had observably lower effects on EFs (Additional file 1: Fig. S4).

As expected, the EFs were inversely proportional to the extractant volumes due to the possible dilution effect, with the maximum EF achieved using 30μL. Increasing the disperser volumes decreased the EFs due to the expected increase in the volume of extractant/disperser mixture after phase separation. Using pH 8 led to the greatest enrichment factor at which the amine functional group (basic pKa = 6.20) of repaglinide would be in the unionized form, which was preferably extractable. As shown in Fig. 3, the highest d value was attained under the experimental conditions of 30 µL of 1-octanol (extractant) and 100 µL of acetonitrile (disperser) at pH 8.

The model was evaluated by the fraction of design space (FDS) that could give an estimate of the response with enough precision. FDS needs to be higher than 80% for the model to be considered reliable [46]. FDS was estimated by the software (Additional file 1: Fig. S5) and was found to be 88.2% with a standard error of 0.978 at a 95% confidence level. The model predictability was tested by plotting the actual EFs versus the predicted EFs (Additional file 1: Fig. S6), satisfactory results were obtained. The Model had an F-value of 4.38, which implied that the model was significant. The P-values (0.0031) was less than 0.0500, which indicated that the model terms were significant, with only a 0.31% chance that an F-value this large could occur due to noise.

The validated developed vortex-assisted DLLME method was applied for the determination of repaglinide in environmental water using the optimum conditions. River water (The Nile) and tap water were spiked with 5, 20, and 100 ng/mL. Application of the method showed acceptable % recovery as shown in Table 4 and showed that the method could be applied in the analysis of repaglinide in water samples with high sensitivity and acceptable accuracy and precision. It should be noted that the method was validated in aqueous samples for the determination of repaglinide in environmental water.

Comparison of the proposed method and other reported methods