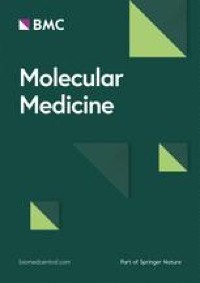 Surgery for bilateral sub-diaphragmatic vagotomy was performed following the published methods (Dezfuli et al. 2018). Mice were anesthetized with isoflurane (2%) and oxygen (1.25 l/min) and placed in a supine position and a midline celiotomy was made. Visceral organs were moved to the right, exposing the esophagus. Left and right vagus nerves were identified and transected just inferior to the diaphragm. The abdomen was then closed with sutures and/or staples.

Transgastric pyloric dilation surgery. This procedure was performed following bilateral sub-diaphragmatic vagotomy surgery in order to reduce the side effects of stomach distension following vagotomy, as vagus nerve controls stomach emptying. Following induction of anesthesia with intramuscular injection of a mixture of ketamine (50 mg/kg) and xylazine (10 mg/kg), the mouse was fixed in supine position. A midline celiotomy was made and carried superiorly to the xyphoid process in order to ensure the best visualization of the foregut structures. A small retractor (2.75″ Alm Retractor, Cat# RS6510, Roboz Surgical Instrument Co., Gaithersburg, MD) was placed in the celiotomy to provide exposure. The anterior surface of the stomach was brought into the field of view with gentle, caudal retraction of the transverse colon. A space on the greater curvature of the stomach, without obvious surface vessels or mesocolic attachment, approximately 2 cm from the pylorus was identified and stabilized with a forceps. A 0.5 cm gastrotomy was made and the pylorus was accessed through the stomach for serial dilation, beginning with a 2 mm probe and concluding with a 4 mm probe (coated in water-soluble lubricant, Surgilube, HR Pharmaceuticals, York, PA), progressing in 0.5 mm increments (Cat #S1599-7002, Garrett Vascular Dilator precision medical device Inc., Hawthorne, NY). Once the probe is through the muscle, the probe was left in place for one minute to ensure adequate dilation. Following dilation, a 5–0 Vicryl suture was used to close the gastrotomy. Following surgery, warm saline (1 ml) was administered subcutaneously, and mice were placed in a warm cage to recover. Liquid diet was provided for 3–5 days post-surgery.

The procedure was performed following published method (DeVos and Miller 2013). Mice were anesthetized with a mixture of ketamine (50 mg/kg) and xylazine (10 mg/kg) and placed in a stereotactic head frame using ear bars (Stoelting Co. Wood Dale, IL). The incisor bar was adjusted until the plane defined by the lambda, and bregma was parallel to the base plate. A midline skin incision on the brain was made and the fascia is separated. The needle of a Hamilton syringe (10 μl) was stereo-tactically guided into the right lateral ventricle (1.2 mm lateral to the right, 0.6 mm posterior, 2.1 mm depth/ventral) at a rate of 1 mm/min. Once the needle of the Hamilton syringe was inserted, test compound or vehicle (in 5 μl volume) was injected into the right lateral ventricle (1 μl/min) and withdrawal of the syringe was performed slowly (4–5 min) to prevent backflow. The incision was sutured shut with 5–0 vicryl suture and 1 ml of saline was injected subcutaneously. Mice were allowed to recover in a clean cage near a heat lamp.

The vagus nerve recordings were performed as described previously (Steinberg et al. 2016; Zanos et al. 2018). Briefly, C57BL/6 mice were anesthetized using isoflurane at 2.5% in 100% oxygen at a flow rate of 1 l/min, and maintained at 1.5% isoflurane on a heating pad to keep the core body temperature around 37 °C. In prone position the animal’s head was fixed in a stereotactic frame. The sterile 26G stainless steel cannula (Plastics One, Inc.) was inserted into the left lateral ventricle using the coordinates from Paxinos and Franklin atlas and secured using Vetbond (Butler Schein, Dublin, OH). The animals were then repositioned in the left lateral recumbent, and the vagus nerve was isolated from the caroted sheath. Platinum-irridium cuff electrodes (CorTec, Freiburg, Germany) were placed on the nerve with reference electrode set in the neck muscle. Electrophysiological signals were recorded using a Plexon data-acquisition system (OmniPlex, Plexon, Inc.) at 40 kHz sampling rate. Vagus nerve activity was aquired for 30 min prior to and post- ICV administration of either 5uL 0.4 mg/mL Famotidine or normal Saline (BD, Franklin Lakes, NJ). The electrophysiological signals were analyzed using Spike2 software (CED, Cambridge, England) as described previously (Zanos et al. 2018).

C57BL/6 or α7nAChR knockout mice (male, 8–12 weeks of age) had intraperitoneal injection of LPS (6–7 mg/kg) and treated with test compound or vehicle control administered IP or ICV either immediately after LPS injection or, in some experiments, prior to LPS injection at times indicated in the text. Two and half or 6 h later, mice were euthanized, serum and spleen were collected for analyses.