Changes in subdomains of non-organized physical activity between childhood and adolescence in Australia: a longitudinal study – International Journal of Behavioral Nutrition and Physical Activity 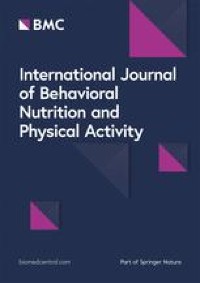 This study used data from the Baby (B) cohort of the Longitudinal Study of Australian Children (LSAC), a longitudinal research project managed by the Australian Department of Social Services (DSS) [13]. The overall aim of the LSAC project is to “identify policy opportunities for improving support for children and their families, and identifying the opportunities for early intervention” [13]. Data are publicly available via application [14]. LSAC data collection procedures were approved by the Australian Institute of Family Studies Ethics Committee, and participants provided informed consent [15]. The use of data in the present study has been approved by the University of Wollongong Human Research Ethics Committee (HREC 2022/046).

LSAC includes two cohorts of participants who were recruited in 2004. The Kindergarten (K) cohort were recruited at 4-5y and the Baby (B) cohort were aged 0–12 months at baseline [13]. Participants in both cohorts were recruited from the Australian Medicare database via a two-stage clustered design, involving the random selection of postcodes then families [13]. Both cohorts were designed to be nationally-representative samples of the Australian population, with stratified selection being used to ensure proportional inclusion of members of each Australian state and territory across major city and regional/remote areas [16]. Both cohorts have been followed-up every two years to date, with a variety of follow-up methods being employed including mail, telephone and in-person visits [13]. The two cohorts also follow a sequential design, where the B cohort data collection tends to roughly resemble what was collected from K cohort participants 4 years earlier. However, data collection improvements sometimes result in variation in the measures collected from each cohort at the same age.

Although previous analyses of non-organized PA have been conducted with K cohort data [4], we opted to use B cohort data in the present study due to two main advantages of this cohort. Firstly, the B cohort datasets provided more granular time-use data which supported the analysis of changes at the subdomain level (previous analyses of K cohort data were restricted to the entire domain of non-organized PA). Secondly, B cohort time-use data have been collected more recently. B cohort participants were 10-11y in 2014 (Wave 6) and 12-13y in 2016 (Wave 7), whereas the equivalent K cohort data were collected in 2010 (Wave 4) and 2012 (Wave 5). A disadvantage of using B cohort data was a higher rate of attrition, as data had been collected two waves later in the study. Compared with K cohort data used previously [4], there were 539 fewer participants in the B cohort at 10-11y and 602 fewer participants at 12-13y. However, despite the higher rate of dropout in the B cohort, the demographics of both cohorts at 10-11y and 12-13y appeared similar (see Additional file 1). Importantly, the B cohort did not have a higher rate of dropout among key population groups that are prone to attrition, such as participants from lower socioeconomic backgrounds, participants from Aboriginal and Torres Strait Islander backgrounds or those who spoke languages other than English at home [17]. Therefore, using B cohort data in the present study was considered a net benefit overall.

As mentioned above, the present use of LSAC data follows on from a previous study which used data from the Kindergarten (K) cohort of LSAC. This previous study explored changes in non-organized PA, organized PA, active transport and active chores/work between childhood and adolescence [4]. Given the change to the B cohort in the present study, key aspects of this study have been replicated as detailed in Additional file 1. This revealed mostly the same findings as the previous study, namely a large decline in non-organized PA, a stable trend in organized PA and a slight increase in active transport between 10-11y and 12-13y. The main difference from the previously reported findings was a stable trend in active chores/work between waves in the B cohort, compared with the slight increase observed in K cohort data [4].

Participation in subdomains of non-organized PA was measured using time-use diaries (TUDs) completed at 10-11y and 12-13y. This is the longest time-series that could be used for this study because reduced ‘light diaries’ were used prior to Wave 6 and free-text descriptions of activities were not included after Wave 7. Participants recorded activities in their own words using paper diaries over the 24-h period on the day before their interview [18]. Participants who attended school on this day were instructed to record activities conducted during school break-times but not during lessons (such as physical education (PE) lessons). Diary entries were then coded by interviewers during the home visit using a predetermined coding framework [18]. Interviewers were trained to prompt the child for additional information during this process (including filling gaps in the diary) [18].

TUD data were processed in a similar manner as in previous research [4]. However, an additional quality improvement process was also conducted using free-text descriptions of TUD activities (see Fig. 1). This process was not undertaken previously because free-text descriptions were only available in B cohort data. At the beginning of the process, default LSAC TUD codes were used as the foundation for domains of PA and subdomains of non-organized PA (see Fig. 1). Free-text descriptions were then evaluated to determine if activities should be considered moderate-to-vigorous physical activity (MVPA). The threshold of 3.0 metabolic equivalents (METs) was used as the minimum cut-off for MVPA as defined by the World Health Organization [19]. Activities were evaluated based on (in order): the current or previous youth energy expenditure compendia [20, 21]; the current adult compendium [22]; or author consensus. Where compendia provided MET scores for different intensities of the same activity, the score for the ‘medium’ or ‘moderate’ intensity was taken. Some activities were removed from domains of PA via this process, as listed in Additional file 2 (e.g. removing ‘billiards’ from non-organized PA). The authors also determined that some activities should be recoded to a different domain of PA (e.g. unstructured wood chopping was moved from non-organized PA to active chores/work). Some activities were also reallocated to a different subdomain of non-organized PA (e.g. walking for exercise was reallocated from non-organized PA (other) to non-organized fitness/gym/exercise). A full list of reallocations is provided in Additional file 2.

The final stage of processing TUD data involved dividing the relatively heterogeneous subdomain of ‘non-organized PA (other)’ into two smaller categories to support more meaningful analysis. In particular, active play activities were identified and separated from other types of PA, given that a declining pattern in active play was one of the more consistent findings in the limited amount of background literature on this topic [8,9,10]. Activities in this subdomain were coded as active play if: (i) they were likely to satisfy Pellegrini and Smith’s criteria for physically active play (occurring for its own sake and occurring in a ‘playful context’ [23]); and (ii) if they were consistent with at least one example of physical play included in the Tool for Observing Play Outdoors, such as gross motor play (e.g. running, jumping, throwing, kicking) or vestibular play (e.g. balancing, skipping, sliding, using monkey bars) [24]. The activity ‘unstructured active play (not further defined)’ was also allocated to active play [25]. The remaining activities that were not included in active play were grouped together into an eighth subdomain labelled ‘other outdoor/nature activities’. The final subdomains of non-organized PA are described in Table 1 and more details are available in Additional file 2.

Wave of measurement (W6/W7) was the main explanatory variable in this study. Sex was also included in models as a potential moderator (male/female). Models were also controlled for two potential confounding variables: season of measurement and whether the child attended school on the day of TUD completion (yes/no). Season was derived from the interview month and school attendance was included as a variable in LSAC datasets. Missing data for school attendance was imputed using the ‘school lessons’ code in the TUD (it was assumed that children attended school if this code was used).

As with K cohort data [4], frequency histograms revealed that respondents tended to round their TUD entries to the nearest 5 min. Thus for consistency, domains of PA and subdomains of non-organized PA were rounded to the nearest 5 min for all cases. In addition, robust standard errors were used in models because some heteroscedasticity was observed in residual versus fitted plots. The LSAC Wave 1 and 6 population data weights were applied to reduce bias associated with attrition and improve the representativeness of the data.

Longitudinal changes in each subdomain of non-organized PA were tested using separate multilevel mixed-effects models. All available data were included in models, as multilevel modelling does not require complete cases for every time-point [26]. Preliminary models tested the effect of wave on each subdomain of non-organized PA (level 1), nested within individuals (level 2). Models were then adjusted for season of measurement and whether the child attended school on the day of TUD completion. Finally, post-hoc models tested interactions between wave and sex.