Food as harm reduction during a drinking session: reducing the harm or normalising harmful use of alcohol? A qualitative comparative analysis of alcohol industry and non-alcohol industry-funded guidance – Harm Reduction Journal 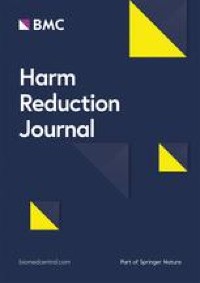 This analysis found that there are clear differences and also some, perhaps surprising, similarities between the information on alcohol and food disseminated by AI-funded and non-AI-funded websites. There are examples of both types of organisation appearing to encourage using food as a measure to enable sustained drinking and to help avoid drinking in a way that causes specific short-term harms. There were also instances when both types of organisation appeared to normalise alcohol consumption and drinking to excess, as discussed below.

There were also examples of recommending food as a method of preventing or curing a hangover. Such discourses were found almost entirely on the websites of AI-funded organisations. There also appears to be an implicit assumption in some of the messages from both AI-funded and independent organisations that consumers were looking for, and would benefit from, ways to be able to drink for longer, without immediate, adverse impacts, and that consumers were likely to drink in a way that would precipitate a hangover. AI discourses also typically suggested that “moderate” drinking with food had health benefits; focused on special events such as holidays; and focused on individual responsibility. This articulation of alcohol consumption was exclusive to AI discourses.

Overall, our findings suggest that both AI and non-AI organisations frequently appear to present information in a way that normalises alcohol consumption, while framing eating as a mechanism for individuals to “manage” the effects of alcohol consumption. Here, we understand the concept of normalisation to represent processes and practices that may serve to normalise certain behaviours, ideas or values by portraying them as the “normal” or natural order of things, the “taken for granted”. Normalisation manifested in different ways, including through alignment with food, mealtimes, and in some cases the active encouragement towards consuming alcohol as part of a balanced diet.

The emphasis on “slow” drinking is a particular focus of AI websites. In this, eating is framed as making the experience of drinking more enjoyable both through enhancing taste, but also by slowing down and making the “moment last longer”. It is unclear why “slow” drinking would be a goal for consumers, however, the tension between the AI’s need to maintain and increase sales on the one hand, and to maintain its reputation on the other, may be one reason why it is promoted within AI-funded websites. Alcohol industry sales are highly dependent on people consuming alcohol to excess [28], yet industry must not be seen to perpetuate such high levels of alcohol consumption. As such, by including such “responsible drinking” guidelines on their websites, the AI are exerting a form of agenda-setting power as part of their broader CSR initiatives. It additionally allows the AI to achieve a well-used CSR technique of “innocence by association”, whereby corporations associate themselves with good causes/PR campaigns to improve their public image [29].

Promoting heavy and/or sustained drinking, while reducing visible, short-term, overt harms (e.g. being visibly drunk, being injured) is therefore a desirable strategy for the industry, i.e. through encouraging consumption of the equivalent or greater amount of alcohol, but over longer “sessions” and/or more regularly, and with food. Previous studies have demonstrated how industry seek to enact this strategy, for example, by showing how the industry frames messages of responsibility around the individual drinker and often focusses on a minority of “harmful drinkers” rather than on the majority of “moderate” drinkers [30]. Such organisations also present “responsible drinking” as a behavioural, rather than health issue—that is, the drinker simply needs to moderate their behaviour while drinking, rather than actually drink less [31]. Such discourses appear to establish a simplistic dichotomy between “good drinkers” who visibly abide by the rules, and “bad drinkers”, the minority who will not or cannot heed the advice prescribing how to “drink responsibly”.

However, these narratives, while more prevalent and explicit in the websites of AI-funded organisations, were not limited to these organisations. Concerningly, there was also frequent messaging within non-AI-funded organisations that may normalise alcohol consumption, as discussed above, for example through aligning it with food and discussing “moderation” in vague terms. We identified examples in the dataset used for this analysis of both types of website discussing the role of food in preventing or curing a hangover. This narrative may reflect an assumption that people are likely to drink in a way that will lead to a hangover, which may again contribute to normalising heavy drinking.

Specifically considering evidence of harm reduction, it is apparent that there is a lack of evidence on food, alcohol and harms cited within websites that disseminate information on the health impacts of alcohol, and even national guidelines. Given this absence, it is unclear if food consumption is an evidence-based strategy to reduce harms associated with alcohol consumption and so the justification for its uncritical dissemination may pose its own risks. Such measures might actually increase harms or merely shift the timing of harms. While prolonging a drinking session, as many webpages suggest (without supporting evidence), may reduce the risk of short-term harms such as injury or hangovers, they may be accompanied by an increase in longer-term, chronic harms, such as liver disease, due to greater overall consumption. The pervasive use of this recommendation also supports the endurance of the industry-favoured discourse structured around individual-level interventions, personal responsibility and the problematising of people not products. Given the frequency of online advice recommending food with alcohol consumption as a harm reduction measure, it is important to know if the co-consumption of food with alcohol does, in fact, reduce alcohol harms, highlighting the need for a review of the evidence.

It is also notable that the narratives around hangovers, binge drinking and encouragement of “moderate” and “slow” drinking in AI-funded materials focused to a large extent on young people and drinking. By focussing on young people, this could, again, be seen as an attempt by the industry to avoid public displays of being drunk, consistent with previous findings [32]. However, although non-AI-funded material focused more on the whole population, the existence of similar narratives around binge drinking, hangovers and “moderate” drinking may point to the concerning normalisation of excessive drinking across the board.

Strategies that focus on navigating the use of a product, rather than trying to tackle the underlying causes, have been seen across other industries. One example is in the tobacco industry, where the use of personal responsibility frames deflect attention from corporate responsibility [33], thus protecting the industry against litigation, regulation and tobacco control measures [34,35,36]. A similar approach is seen in the context of car-based transport systems and pedestrian safety. In the USA, for example, in response to escalating harms to pedestrians, the focus has been on blaming the behaviours of pedestrians and, to a lesser extent drivers, who need to use ever more technological advances to improve and “manage” their individual behaviour when using the transport system. Alternatives, for example to have far fewer cars on the road and significantly slow down those that remain, continue to be largely excluded from the discourse of feasible solutions [37, 38].

Among the strengths of this study are the use of discourse analysis, which offers a more critical perspective, allowing findings to be interpreted within their wider political and social context. This allows greater understanding of how specific discourse may work to promote certain ideas, ideologies and conceptualisations. Another strength is the involvement of multiple researchers in various stages of the analysis, which reduces the risk of bias. The main weakness is that only website material was included—both public health bodies and AI-funded organisations have other means of communication that would also benefit from analysis (such as social media).