The role of state breastfeeding laws and programs on exclusive breastfeeding practice among mothers in the special supplemental nutrition program for Women, Infants, and Children (WIC) – International Breastfeeding Journal 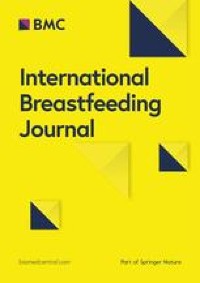 This was a cross-sectional study conducted in seven WIC program locations in six states (i.e., Georgia, Massachusetts, Nevada, Pennsylvania, Wisconsin, Wyoming) and in one Indian Tribal Organization (ITO; Chickasaw Nation, located in Oklahoma) between July 2020 and August 2020. In the overarching study, data were collected among WIC mothers of young children and expectant mothers in their third trimester aged 18 years old or above as part of a baseline survey of a one-year breastfeeding campaign in the six states and the ITO [19]. The campaign builds on the proven strengths of a social marketing approach for breastfeeding promotion among WIC mothers. The campaign interventions include social marketing activities, the buddy program (a program that matches breastfeeding WIC mothers or expectant mothers whose babies were born or will be born around the same date to share experiences, encourage each other to breastfeed, and celebrate their children’s milestones) [20], and WIC clinic staff education. However, in this study, we restricted our study population to WIC mothers with infants aged 5 months old or less, as this is the age group of infants who are recommended to be exclusively breastfed according to the American Academy of Pediatrics [3].

Participants for the study were recruited using a convenient sampling approach. The WIC staff in the six states and the ITO administered the surveys either electronically through an online survey application or on paper to WIC-participating mothers. Responses to both online and paper surveys were de-identified. WIC staff members in each program location kept the list of WIC participants numbers onsite and assigned a project ID to participants for use on the surveys. While responses to the online survey application went directly into a survey application, responses to the paper surveys were entered into the survey application by WIC staff. Data were collected on self-reported intention to breastfeed (but reported after birth), breastfeeding-related practices, obstetric characteristics, and socio-demographics. Data also were collected on breastfeeding services and resources available through the WIC program.

The primary outcome of interest is EBF, which was defined as the mother feeding her infant only breastmilk up through 5 months of age.

The predictors of interest in our study include laws supporting breastfeeding and WIC breastfeeding consultation. Employment status was assessed as an effect modifier.

Laws related to the promotion of breastfeeding in each state or ITO were assessed by extracting data from the US National Conference of State Legislatures (NCSL) on breastfeeding laws, which provides a summary of breastfeeding laws from 50 states, the District of Columbia, Puerto Rico and the Virgin Islands, as of September 2020 [21]. Program coordinators confirmed that laws in Chickasaw Nation were similar to those in Oklahoma, the state that surrounds Chickasaw Nation on three sides. We categorized laws supporting breastfeeding into five themes: (1) employers are encouraged or required to provide break time and private space for breastfeeding employees; (2) employers are prohibited from discriminating against breastfeeding employees; (3) breastfeeding is permitted in any public or private location; (4) breastfeeding is exempt from public indecency laws; and (5) breastfeeding women are exempt from jury duty (Additional file 1) [11]. The number of laws supporting breastfeeding in each state or ITO were summed to create a continuous score (i.e., a score of 1 for each theme and the total score range from 1 to 5). Breastfeeding laws in themes (1) and (2) were grouped together as employment-related laws. A binary indicator was created for whether the states or ITO had any employment-related breastfeeding laws or not. WIC breastfeeding consultation was defined as mothers who self-reported that they received breastfeeding information from a WIC program staff member, lactation consultant or peer counselor (yes, no). Employment status was also self-reported, and we dichotomized employment into any employment versus no employment. Mothers were considered employed if they reported being employed full-time or part-time.

Descriptive statistics of the study population were stratified by program locations. The overall prevalence of categorical variables, and the means and standard deviations of continuous variables are presented separately for each of the program locations.

We used four separate multivariable mixed models to conduct our analyses. Each of these models used modified Poisson regression with a robust variance estimator to estimate the prevalence ratio, and accounted for clustering by program location using a random intercept.

The first model assessed the relationship between the number of laws supporting breastfeeding in each program location and EBF, while adjusting for potential confounders, which include WIC breastfeeding consultation, individual- and program-level factors. Biologically plausible potential confounders were specified a priori and were controlled for in the model (Additional file 2).