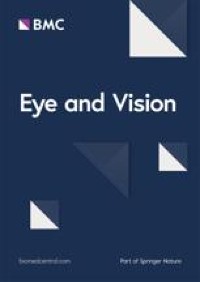 SMILE is a comparatively new method that has only been applied in clinical practice since 2011 [10]. Still, it is recognized for its superiority in achieving better corneal biomechanical stability [3]. In this study, SMILE and FS-LASIK revealed no statistical differences in terms of their efficacy, safety, predictability, or stability for myopic corrections of − 1.00 to − 6.00 D, in agreement with previous studies [7, 11]. Our results also revealed that SMILE and FS-LASIK had the same probability of myopic regression and ascertained predictors affecting myopic regression. To the best of our knowledge, this study is the first to investigate myopic regression in a large number of patients with myopia from − 1.00 to − 6.00 D and the first to discuss the relevant predictors of myopic regression for the SMILE and the FS-LASIK procedures.

According to our univariate analysis, the myopic regression rate was higher with FS-LASIK than with SMILE. The cumulative risk for myopic regression was 16.3% for FS-LASIK and 11.9% for SMILE at 12 months (P = 0.010). This result was supported by the findings of Reinstein et al. [15], who reported that the intact anterior lamella remained stronger after SMILE than after LASIK, according to the mathematical model of Randleman et al. [16, 17].

We also rectified the differences between the two groups with the Cox PH model for some variables, including the mean age of 27.49 ± 6.78 years in FS-LASIK and 28.38 ± 6.91 years in SMILE (P = 0.000) and the pre-HOA-RMS3 of 0.26 ± 0.12 μm in FS-LASIK and 0.25 ± 0.13 μm in SMILE (P = 0.005). No significant difference was evident for myopic regression after all covariates were adjusted. This result could be supported by the findings of Agca et al. [13], who reported that corneal hysteresis (CH) and a corneal resistance factor (CRF) did not differ significantly between SMILE and FS-LASIK postoperatively. The similarity of the biomechanical effects after SMILE and FS-LASIK might sustain this parallel occurrence of myopic regression. Kanellopoulos [18] showed that the SMILE procedure reduces the tensile strength in lower myopic corrections while retaining a similar tensile strength in higher myopic correction compared with LASIK. Magallanes et al. [19] proved that the significant loss of corneal strength following large myopic corrections might lead to refractive regression.

The pre-HOA-RMS3 (HR = 3.79, P = 0.004) was a risk factor for myopic regression. In this study, pre-HOA-RMS3 was a 3 mm pupil diameter root mean square of high-order aberration. Previous studies found that higher HOA-RMS facilitates myopia progression [29]. High-order aberrations induced by imperfections in the cornea and lens might be inherited from the patients’ parents, and genetic contributions to myopia have been recognized in previous studies [30]. Higher HOA-RMS3, which degrades the retinal image, may accelerate the eye’s axial elongation, and increase myopia [31]. Another reason may be that HOA-RMS3 increases with accommodation [32], and the refractions in the postoperative period were recorded using an automatic refractometer with accommodation. An accommodated status would be inclined to having more severe myopia. Further prospective studies are needed on the effects of HOA-RMS3 on myopic regression.

ACD (HR = 0.54, P = 0.015) was a protective factor against myopic regression. One reason might be that ACD with non-accommodation was deeper than the accommodation process [33]. The ACD became 1.5% shallower per diopter of accommodative demand, with a median of about 0.99% at − 1 D, 2.63% at − 2 D, and 4.47% at − 3 D for ACD with accommodation. Chen et al. reported that eyes with cycloplegics, non-accommodation, would increase ACD depth and decrease SEQ in low to moderate myopic eyes [34]. Therefore, the eye with accommodation tended toward greater myopia [35]. The other eyes with similar axis length would have deeper ACD and lower SEQ, according to Nakao et al. [36], and less myopic regression.

In our study, the corneal diameter (HR = 1.51, P = 0.016) was a risk factor for myopic regression. The corneal diameter might reflect the eyeball’s size [36], and the eyeball extension from back to front was hypothesized to be a more significant factor than equatorial ocular expansion in axial myopia, based on the mechanical tension theory [37, 38]. A more prominent cornea diameter resulted in a higher myopia SEQ. In our study, the higher pre-sphere led to more significant myopic regression.

Our study is not without limitations. It was more convenient to obtain postoperative refraction by autorefraction rather than subjective and cycloplegic refraction at each follow-up visit. However, considering the age of our study participants (adults), the accommodation should not have markedly affected the results. In support of this, Pesudovs [40] showed excellent agreement using subjective refraction, and this was shown to be unaffected by refractive surgery. A second limitation of this retrospective study and selecting the right eyes was the probability of selection bias that could not be excluded. Therefore, some covariates are confounding variables for estimating the myopic regression between the FS-LASIK and SMILE groups. We adjusted all the covariate differences by multivariate analyses with a Cox PH model to minimize their influence on myopic regression. We have also chosen the right eyes as previous studies show high interocular symmetry in bilateral eyes such as refraction [41], corneal biometrics [42, 43], ACD, and IOP [44]. In the future, we plan to devise a prospective and randomizing study to investigate predictors of myopic regression after laser refractive surgery.