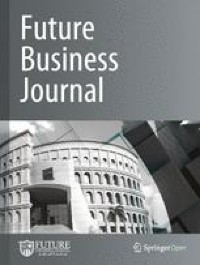 Figure 1 shows the trends of CO2 emissions in Ghana from 1990 to 2018. From Fig. 1, CO2 emissions showed a steady rise from 1990 to 1997 but exhibited some fluctuations from 1998 to 2008, although the overall trend was positive. Beyond 2008, CO2 emissions further showed an upward trend until 2013, after which it began to fluctuate again, but resumed the upward trend after 2016. The fluctuations in the growth of CO2 emissions may be attributed to the efforts made by the Government of Ghana to mitigate the emission of CO2. Twerefou et al. [47] showed an increase in CO2 emissions in Ghana from 12.2 to 23.9 Mt between 2000 and 2010, respectively. This, however, confirms the result that CO2 is rising and remains a major concern in Ghana.

Both CO2 emissions and economic growth over the years have been increasing. However, the recent rise in CO2 emissions in Ghana can be associated with the tertiary or service sector as the leading sector contributing more to CO2 emissions in Ghana, although the industrial sector (comprising manufacturing, lumbering, mining, food processing, aluminium smelting, cement, small commercial shipbuilding, and petroleum industries), has played a significant role in the last decade. From a contextual point of view, transport services, energy-related services, waste accruing from human activities, and open burning of waste increased the contribution of CO2 emissions by 45.8%, 22.1%, 14.4%, and 92.5% between 2016 and 2019, respectively (Ghana’s Third Biennial Climate Update report, [51]. This, however, is an indication of recent CO2 emissions being driven by the service sector activities in Ghana. This result supports the empirical findings of Appiah [15], which posits that economic growth and CO2 emissions are positively correlated in Ghana.

Analysis of decoupling status of CO2 emissions from economic growth

From Table 4, Ghana’s weak decoupling state was interspersed with strong and expansive negative decoupling states during the period. Strong decoupling states occurred in 1990–1991, 1999–2000, 2002–2004, 2007–2008, 2013–2014, and 2015–2016. Expansive negative decoupling occurred in 1990–1991 and 1997–1998. The strong decoupling status is viewed as the best status for CO2 reduction, suggesting that the speed of economic growth has been faster than the rate of increase in CO2 emissions. This could also be attributed to the temporary environmental and CO2 mitigation strategies such as fuel diversification for thermal electricity, installation of power factor correction devices, solar lantern replacement programmes, sustainable land water management projects, and forest investment programmes [13].

Figure 3 shows the result of the decomposition analysis of the decoupling indicators in Ghana from 1990 to 2018. The result indicates that changes in economic activities (DEA) and economic structure (DES) contributed significantly to the growth in CO2 emissions in Ghana in the periods of weak decoupling. On the other hand, growth in energy intensities (DI) and emissions factors (Df) reinforced economic activities (DEA) and economic structure (DES) to realise the strong and negative expansive decoupling status. This implies that improvement in production efficiency and the deployment of green energy technologies in Ghana will help in the absolute decoupling of economic growth from CO2 emissions in the long term. Environmental degradation is expected to decrease as a result of improved technology, increased environmental awareness, and the effective application of environmental regulations brought on by economic development. The result of this study supports the findings of [54, 55] that the main factor limiting CO2 emissions growth is energy consumption intensity in the strong decoupling periods. Also, in line with [54, 55], Ghana’s economic structure and economic activities promote CO2 emissions, especially in the weak decoupling periods.

Decomposition of annual changes in CO2 emissions in Ghana

From Table 5 (and Table 6 in Appendix), the analysis shows that changes in economic activities ((Delta {varvec{C}}_{{{varvec{EA}}}})) are the main driver of growth in CO2 emissions in Ghana, with 51,343.98 tCO2, corresponding to 15.31%. Economic activities are a key source of funds for a country’s development, and thus the government pays attention to these activities in funding its short and long-term projects. From Fig. 2, growth in the service and industrial sectors, dominant economic activities, contributed mostly to the growth of the economy, at least since 2010. This result is consistent with the findings of Appiah et al. [15], which found a positive relationship between economic growth rate and CO2 emissions in Ghana. The strength of this finding is backed up by the analysis in Fig. 3, which showed that the growth in CO2 emissions was driven by economic growth in the different economic sectors.

Moving away from economic activity, the next significant driver of growth in CO2 emissions in Ghana is the emission factor, which emitted an average of 12,430.33 tCO2 over the period, constituting 3.71%. In line with expectations, the IPCC (2019) asserted that a higher emission factor is associated with increased CO2 emissions. Emission factors can be used in the conversion of land use (clearing of forest and grassland for crop production) to be significant in releasing more CO2 into the atmosphere. Due to population growth, estate developers clear more forests for infrastructural purposes and other human activities such as waste disposals, mining activities, and transportation services, which pollute the environment.

Also, demographic factors, which are changes in the population size and lifestyle, emitted an average CO2 of 5309.75, representing 1.58%. This result could be explained by the growth in population size in Ghana, which corresponds to a surge in demand for energy, occasioning a high build-up in CO2 emissions. For instance, the electrification rate in Ghana increased over the past decades by 85% (GLSS 2017). Because of this, more energy is being used, which is partly to blame for the rise in CO2 emissions.

In contrast to the above findings, structural variations in energy intensity and economic activity reduced CO2 emissions in Ghana by 43,172.95 tCO2 and 13,933.04 tCO2, constituting 4.15% and 12.87% between 1990 and 2018, respectively. This confirms previous studies by Liu et al. [56] which suggested changes in the structure of an economy have a significant impact on CO2 emissions. For instance, industrial restructuring and modernisation of energy infrastructure reduce CO2 emissions (Wang and Watson 2010). This result can be attributed to structural changes in energy consumption brought about by Ghana’s carbon reduction plan.