Joining with the Conversation: Research as a Sustainable Practice in the Sport Sciences – Sports Medicine – Open 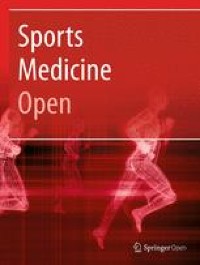 Central to such a view of sustainability is a relational ontology—an appreciation that the world’s inhabitants are not discrete ‘objects’ destined to fulfil some prior established ‘potential’, but are entangled ‘things’ perpetually on the cusp of becoming [11, 25, 26]. It is this entanglement that sustains the growth of all living things, engendering the conditions for life to carry on [7]. In his seminal text Art as Experience, John Dewey [4] emphasised this wonderfully, stating that if one really wants to understand the flowering of plants, they must start with ‘the interaction of soil, air, water and sunlight that conditions the plants’ growth’ (p. 4, paraphrased). This is because, according to Dewey, for one to know the phenomena that has caught their attention, they need to ‘begin with it in the raw; in the events and scenes that arouse interest and enjoyment as they look and listen’ ([4], p. 3, paraphrased). Otherwise stated, they must immerse themselves in the natural ecology of what they seek to know, joining not as a passive occupant looking upon and documenting events, but as an active inhabitant looking within, primarily experiencing its coming-into-being.

What leads one to know through such inhabitation and continued correspondence is not recognition, but direct perception [4]. The contrast here is not vacuous and does require brief discussion. Notably, in recognition, perception is arrested, and we fall back “upon some previously formed scheme” that creates the basis of our observation ([4], p. 54). This means that there is no interaction between the observer and the observed, leading one to un-emotively and un-responsively know the world through the attachment of labels to various characteristics or qualities of what they are looking at. In the sport sciences, such a dominant model is apparent in research that seeks to ascribe the label of ‘talent’ to youth athletes based on putative physical or technical performance metrics, which are time-sensitive (confined to that moment of development), and reductionist (oft-measured in isolation, in test evaluation contexts far removed from performance conditions in which such characteristics occur) [27]. This snap-shot, one-sided approach leaves little room for the researcher to join with (i.e. get to know) the storied coming-into-being of individuals labelled as ‘talented’ or ‘non-talented’. They are viewed, instead, ‘objectively’ as if being categorically fixed and final in form [28]. Comparatively, in direct perception, there is what Dewey ([4], p. 54) refers to as an active ‘taking in’; “an act of reconstructive doing” where one becomes alive to the goings on of what interests them from within. This creates an inner commotion, a stirring that extends throughout one’s being that carries on; an undergoing that overflows to the next doing. Unlike recognition, there is an inevitable surrender here, a ‘giving up’ on the desire to control and label, replaced with a genuine curiosity that leads to the ongoing pick-up of things that may not have been seen, heard, tasted, or felt before. Such a dynamic opening up is indeed forward facing, as one is required to anticipate where next to move. This anticipation, though, is not a prediction of what is to come; it is a way of looking ahead so that one can remain open to new beginnings as they grow into a deeper, more attuned way of knowing-in-becoming-with.

James Gibson [2, 16], in his pioneering work on an ecological approach to visual perception, referred to this as knowledge of the environment. Such knowledge is direct and unmediated, grown through a progressive sensitivity to information omnipresent in an animal’s environment [2, 16]. It is the attunement of an animal’s entire perceptual system to the patterned structure of the invariant features of this information that directly specifies invitations to act available at that time [29]—that is, affordances ([2], ch. 9). Gibson [2] was rather emphatic in his claim that “to perceive an affordance is not to classify an object” (p. 134, emphasis added)—implying that to know of the world, it is not a prerequisite to ascribe labels to its constituents. Before we have the capacity to ascribe a label to an object, we have to perceive it, and according to Gibson, we perceive the object based on what we can do with it. Why this distinction in ecological psychology is important, is that it means that there is no limit to one’s knowledge of what interests them; “one can look as carefully as one wishes, and […] always discover new information” ([24], p. 94, emphasis added).

Contrastingly, second-hand information, or secondary experience, manifest in words, codes, pictures, data and symbols, represents knowledge about the environment [16]. Similar to Dewey’s account of recognition, such knowledge is mediated and indirect, bound to the categorical confines of what has been produced by another human individual. While indeed such second-hand information can be supportive in helping us know the world, it is one’s knowledge of their environment that directly regulates behaviour in it [2]. A nice example of this in science was shown in David Turnbull’s analysis of the TEA laser developed by Bob Harrison in the late 1960s. Specifically, Turnbull [30] noted that scientists outside of Harrison’s immediate group were unable to recreate the laser by using only second-hand information about its design found in published documents. To successfully recreate it, they had to correspond with the laser’s original makers, as what had not been considered in the published methodologies, were the nuanced differences between settings (i.e. laboratories) in which the laser was being built [30]. After all, “[s]cience”, declared Joseph Rouse ([31], p. 72), “is first and foremost knowing one’s way about in the laboratory (or clinic, field site)”. Stated differently, while both types of knowledge supported scientists in (re)creating the laser, it was knowledge of their surrounds that enabled them to harness knowledge about its design. Applied to contexts in sport, this would be reflective of verbal instructions provided by a coach—perhaps scribed onto a whiteboard—providing performers with information to know about an opposition prior to heading out to the performance area. But during performance, it would be the performers’ knowledge of their surrounds (i.e. seeing subtle changes in movements of opponents, hearing a teammate’s voice, or feeling changes in wind strength and direction) that directly regulates their behaviour as competition unfolds. This is why, to us, knowing is ecological, not recognitive; predicated on direct perception of our world, not systems of classification.

There are four points we wish to make regarding this proposition, each implicating our view of research practised sustainably in the sport sciences.Footnote 2 First, knowledge grows through immersion, requiring one to expose themselves to the goings on of what interests them. Educational philosopher Jan Masschelein [32] notes that in such moments of exposure—from the Latin ex-positio—we are pulled out of our defensive positions, opening ourselves up to vulnerability and uncertainty. Indeed, this can be uncomfortable and unsettling, especially for those swimming in a scientific mainstream that idealises certainty and control. But absolute certainty is a mere falsity in a world suspended in motion; for every time we step forth, we put ourselves at risk to its emergent goings on. We are, as Tim Ingold ([33], p. 9) says, continually “falling-forwards”. What uncertainty offers, though, is an opportunity to become sensitive to what the world has to share with us, if would we just pay close attention. Think, for example, of when one loses their way while on a hike in the woods—it is here, in this moment of uncertainty where one becomes deeply attuned to the sounds, sights and smells of their surrounds, stretching towards subtle clues that could guide them along their way. For where one claims for certainty—strictly following a map or route prescribed for them—they turn themselves away from the infinite possibilities to get to know the world a little better. Knowledge, secondly, is attentional—it draws us out into the world so that we can respond to what it has to share with us [3]. This is not about searching inwardly for some putative mechanism of control, but about mixing with the coming-into-being of what draws our curiosity. Third, knowledge is not possessive—it is not an entity to be ‘acquired’, ‘gained’ or ‘transmitted’ [7, 34]. Rather, it grows in us and we grow into it by dwelling-in-place [35]. The knowledgeable sport scientist is one who is deeply embedded in the context of their study, aligning their perception to its ebbs and flows by carefully observing and participating with its becoming. Perhaps, then, knowing is not what you have, but who you are as a fellow traveller in a world perpetually on the move. Fourth, knowledge is inexhaustive, carrying on for as carefully as one attends to what interests them [3]. Comparatively, when one ascribes a label to an object, as in recognition, it risks being classified away, as if in its characterisation it is ‘done’, ‘complete’, ‘final’—it has nothing more to share, there is nowhere further to go. This is exactly why recognition is an unsustainable means of inquiry—it leads to dead-ends, a view of the world as a puzzle filled with pieces destined to be put in their ‘correct’ place. Understood inexhaustibly, though, the world would not be a puzzle to be solved, but would be a whirl, a vortex, a wave suspended on the cusp of crashing that presents infinite opportunities for continued wonder and astonishment. In other words, there would be no potential to fulfil, just the possibility to carry on. This is to turn answers into questions, further opportunities to join with, to know better. For research practised sustainably, knowledge is not a place to destinate (i.e. to reach a final point in a journey) or a turf to defend from others. It is, rather, how we become (and remain) continuously alive to what the world—entangled, dynamic, messy, abuzz—has to share with us, and we with it.