A review of more than 2000 cases of site-specific pelvic endometriosis rates by MRI: a guide to minimizing under/overdiagnosis non-invasively – Insights into Imaging 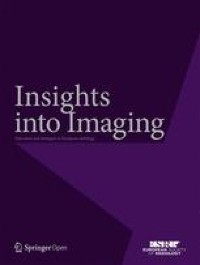 Endometriosis, a common gynecological illness marked by extra-uterine endometrial cells, is the most common cause of chronic female pelvic pain [16]. Several studies have shown the accuracy of MRI for endometriosis diagnosis and DIE mapping; however, their sample sizes were insufficient, and their focus was mostly on sensitivity and specificity rather than the likelihood of involvement of specific regions. There has not been a big investigation on site-specific endometriosis involvement and their relationships till now, to our knowledge.

MRI has been found to be accurate in the diagnosis of endometriosis in numerous investigations, and various modalities have been examined. Bazot et al. evaluated the sensitivity of MRI, TVS, and rectal endoscopic sonography in 92 patients in 2009 and found that while they are equivalent in bowel loops, MRI is superior for evaluating US ligaments and vagina [9].

Luciana et al. reported on the accuracy of MRI in the bladder, retrocervical, ureters, rectosigmoid, and vagina in 2009 (92 cases) [10].

3D MRI was found to be useful in the evaluation of the bladder wall and involvement of the rectosigmoid in a study of 57 cases because it facilitates the imaging of these areas [11].

In a 2013 study (152 patients), the sensitivity and specificity of the MRI as a function of the location were evaluated and the best MRI performance was for the bladder and the worst was for the peritoneum [12].

Rectosigmoid, ovarian, and rectovaginal endometriosis can be easily diagnosed by MRI, with an excellent inter-and intra-observer agreement [13].

Despite the fact that TVS can be very specific in DIE diagnosis, it is not as sensitive as MRI [14]. For women with chronic pelvic discomfort, TVS is usually the initial step in the assessment process. DIE in the ureter, upper rectum, and rectosigmoid can be seen using both MRI and TVS. In comparison, TVS had a poorer overall sensitivity for evaluating the bladder, rectovaginal septum, vagina, uterosacral ligament, and pelvic DIE, albeit it was specific if the lesions were discovered [14]. Because of its reduced sensitivity, a negative TVS does not rule out endometriosis, and MRI should be used to map DIE before surgery [9] and in cases of complications such as malignancy.

Our research looked at how endometriosis affects different compartments and how they relate to one another. In our large database, the most common and rarest forms (2 in 2048: 0.1 percent) were identified and discussed. This could help physicians better understand the causes of pelvic or flank pain, hematuria, vaginal bleeding, and infertility in their patients.

Furthermore, the relationship between certain sites requires deeper investigation. For example, approximately one-fifth (17%) of rectal DIE is linked to retrocervical DIE; therefore, both locations should be thoroughly examined if one of them is affected. Furthermore, no single case of rectal wall DIE has been reported, so after a rectal wall DIE diagnosis, every portion of the pelvic should be re-evaluated.

Another noteworthy observation is the existence of pelvic DIE in 8.1 percent of individuals who do not have endometrioma. Because there are not any cystic lesions in these circumstances, ultrasonography may overlook them (roughly one in ten patients with endometriosis). As a result, even if there is no endometrioma, all suspicious patients should be still investigated for DIE by MRI.

The contrast could have added value for endometriosis evaluation and better implant visualization (Fig. 1a, b), especially for patients with a complicated or extensive disease or cases showing compound masses in the ultrasound. It could help better delineate pelvic organs (Fig. 6a, b) in a distorted appearance occurring with adhesion and achieve a complete mapping and improve accuracy for the size of implants, (Fig. 7a, b), especially before surgery.

In a recent study [17], reviewing eight most widely accepted guidelines concerning the management of endometriosis, most patients with endometriosis seek management because of pain and/or infertility. Though for the pain group, there is nearly an agreement on medical and conservative treatment as a 1st line option, there are controversies regarding infertility. Also for the 2nd and 3rd line treatments discrepancies are noted in all patients. The results of our study can be a baseline for further workups (prospective studies) to predict types of successful treatment and clinical outcomes based on the site(s) of endometriosis involvement (Fig. 8). Key parameters will be the category of treatment (Table 4) and potential symptoms of patients (Table 5). For example, only a regular follow-up without any specific treatments may be considered for asymptomatic patients with limited involvement, while a more aggressive treatment scheme has to be considered for infertile patients and extensive disease. Furthermore, the chance of complications in various endometriosis groups can be evaluated at different timescales. Hopefully, the presented statistics and insights can be used as a guideline for better management of patients with this disabling disease.

One of the limitations of our study was the lack of pathological confirmation in a group of patients who did not undergo surgery and instead received nonsurgical medical treatments. Nevertheless, they still underwent ultrasound (Transrectal, Transvaginal). Another limitation of our study is the evaluation of bowel loops in pelvic regions only, resulting in a smaller percentage relative to laparoscopic and pathologic studies covering the entire abdomen [9].