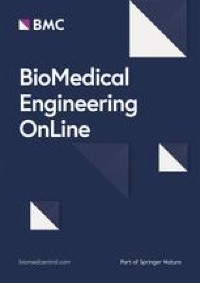 In this study, a system that can easily measure the 3D foot structure was developed and the footprint measurement results were employed to analyze the characteristics of flat feet based on gender and age. Furthermore, it was determined that the skeleton of the foot is related to the footprint index.

It was found that the ABD, GFH angle, and TAW were larger, whereas the NH and TAH were smaller in females than in males. The CSI and SI were highly correlated with the IH and NH features of the 3D foot-scanning system and were also derived using multiple regression analyses. Furthermore, navicular bone and foot height were found to be related to the midfoot skeletal structure. Consequently, the CSI and SI were confirmed to be correlated with the IH and NH. Previous studies have reported correlations between the NH and flat feet [11, 29].

The mechanism responsible for flat and pronated feet is related to changes in the position of the skeletal structure, such as that of the navicular bone. Given that there exists a moderate correlation between the footprint index and 3D foot surface structure, the skeletal features of the foot cannot be evaluated adequately by utilizing footprint indices alone.

Flat feet are typically combined with forefoot abduction, rear-foot eversion, collapse of the MLA, foot abduction at the talonavicular joint, and subtalar joint eversion [30,31,32]. Therefore, the midfoot is flattened due to the lowering of the navicular bone, which was the primary factor that affected the prediction accuracy of flat feet in this study. When the forefoot was pronated, the height of the navicular bone decreased; however, given that the bottom of the foot did not touch the ground, it was not detected as a flatfoot based on the footprint. Therefore, even if the CSI or SI indicated that the foot was not flat, the navicular bone was lowered. Moreover, there was an increased likelihood that the foot was pronated, which could be evaluated using the 3D foot-scanning system. Fig. 1 shows that as the CSI increases, the ABD increases as well; the ABD can only be revealed by 3D analysis of the foot.

The results obtained by the multiple regression analysis of the CSI and SI showed that in addition to the NH and IH, the TAW and TAH act as forefoot indicators. Furthermore, the results suggest that the transverse and medial longitudinal arches are important for predicting both the CSI, focused on the forefoot, and the SI, focused on the hindfoot.

The forefoot and midfoot, as identified from the footprint, were weakly correlated with the NH, IH, and TAW in females. Table 1 indicates that in females, forefoot flattening occurs due to the lowered position of the navicular bone and the effect of the hallux valgus, because the ABD, which reflects the GFH angle associated with the hallux valgus and the skeletal deviation of the foot, was 15% higher in females than in males. Skeletal deformities that occur with age also influenced the walking pattern and gait. To date, no reports have been published on the distortion of the skeletal structure of the foot. To predict and prevent these foot problems, the 3D structure of the foot should be measured and evaluated in addition to the footprint.

From the scatter plot shown in Fig. 1, a group with NH values < 13% was identified and classified as having normal CSI values between 25 and 62.7% Based on the ABD value (5.29%), the skeleton was tilted inward, leading to moderate pronation of the foot. Similarly, in the group with CSI values above 62.7% and NH values below 13%, the ABD was 8.78% for males and 5.91% for females. It is presumed that foot flattening occurred due to the large skeletal deformation of the foot. Further classification of the NH suggested that as the NH increased, the ABD decreased, indicating less skeletal misalignment. This characteristic has not been revealed in previous studies.

The above discussion suggests that foot characteristics can be evaluated using the foot structural features from the 3D foot-surface-structure scanning system.