The impact of effective communication-based care on the childbirth experience and satisfaction among primiparous women: an experimental study – Journal of the Egyptian Public Health Association 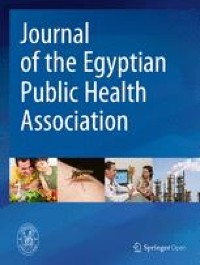 This posttest control group design was conducted on all women referring to the Shahid Nourani Hospital in Talesh, located in the north of Iran, for childbirth from September to December 2020. The inclusion criteria were primiparous women with singleton and a term pregnancy with gestational age of 37–42 weeks. The exclusion criteria included high-risk pregnancies (including placenta previa, placenta abruption, preeclampsia, and mother’s systemic diseases, non-cephalic presentation, having a history of any mental or physical illness, neonatal abnormality, and intrauterine fetal death).

Almost 150 pregnant women were screened from July to October 2020. Finally, 80 eligible women were assigned into the control and intervention groups using the random allocation software (RAS) through blocked randomization with a block size of 4 and 6 and a 1:1 allocation ratio. To conceal the allocation, the type of intervention was written on paper and placed in opaque envelopes numbered consecutively and prepared by a person not involved in sampling. A noninvolved person in the sampling process opened the envelopes.

The demographic and obstetric questionnaire included the variables of age, educational level, occupation, duration of labor, history of abortion, type of delivery, and postpartum bleeding.

The Labor Agentry Scale (LAS) questionnaire (Persian version) was used to assess the participants’ feelings and experiences during delivery. This 10-item scale, including six positive and four negative questions, is scored on a 7-point Likert scale ranging from 1 (never or rarely) to 7 (almost often). The sum of the scores ranges from 10 to 70. The higher the score, the more likely it is to have a positive birth experience. The Cronbach’s alpha coefficient is reported to be 0.98 [12]. In the Persian version of the questionnaire, the correlation coefficient of test-retest was reported to be 0.97, and the Cronbach’s alpha coefficient was obtained 0.94 [13].

The Persian version of the Birth Satisfaction Scale-Revised (BSS-R) questionnaire with 10-item and three sub-scales was used to evaluate the women’s birth satisfaction. The first sub-scale includes 4 items was about the quality of care, the second sub-scale includes 2 items about the personal characteristics of the mother, and the third sub-scale includes 4 items about the stress of childbirth. The responses are rated on a 4-point Likert scale ranging from strongly agree (4) to strongly disagree (0). The total score of the instrument is between 0 and 40, and a higher score indicates greater satisfaction level. The Cronbach’s alpha coefficient of the questionnaire was 0.79 [14]. In the Persian version, the Cronbach’s alpha estimated for the whole tool was 0.74, and the alpha of the three sub-scales ranged from 0.698 to 0.801. ICC for determining reliability was 0.77 [15].

The Support and Control in Birth (SCIB) scale

The Support and Control in Birth (SCIB) questionnaire was used to measure women’s perception of birth support and control. The questionnaire contains 33 items, and its 3 sub-scales include internal control, external control, and professional support. Its internal control subscale includes 10 items of controlling pain, emotions, and behavior; the external control subscale includes 11 items of controlling pain about decisions and procedures. Furthermore, the professional support sub-scale consists of 12 items focusing on attitude, patience, empathy, and coping with pain. The questions are graded on a 5-point Likert scale ranging from strongly agree to strongly disagree. A score of 1 indicates less control and support, and a score of 5 represents more control and support. The items 1, 2, 6, 7, 10, 14, 17, 28, 29, and 32 are scored negatively. The range of the scores is between 33 and 155. The Cronbach’s alpha coefficient of the tool is reported to be between 0.86 and 0.93 [16].

In the present study, the reliability of the questionnaire of participants’ experiences, birth satisfaction and Support and Control during Birth was measured by determining internal consistency (Cronbach’s alpha coefficient), which was calculated at 0.90, 0.85, and 0.87, respectively, for the LAS, BSS-R, and SCIB questionnaires.

The researcher (first author) provided effective communication-based care for the intervention group (n = 40) during the active phase of labor (dilatation more than 4–6 cm of the cervix) and accompanied the patient throughout labor and delivery. The effective communication between caregiver and pregnant women was performed based on the WHO care model checklist [5]. The researcher introduced herself and provided information to the pregnant women and their companion concisely and understandably and avoided medical terms and used pictures and shapes when necessary. In order to communicate and introduce the delivery procedure, the researcher respected and responded to women’s needs, preferences, and questions with a positive attitude and supported their emotional needs with empathy through encouragement, praise, confidence, and active listening and provided shared decision-making for women. The written informed consent form was obtained from participants, for pelvic examination and other interventions. The researcher encouraged pregnant women to express their needs and preferences, kept women and their companion constantly informed of what was happening, answered their questions specially about the COVID- 19, and assured them about the confidentiality of all times. It is worth mentioning that the control group (n = 40) received routine care during labor and birth. The standard care includes a brief explanation of processes during labor; mostly, the midwife decides for an intervention (induction with oxytocin, pain relief, etc.).