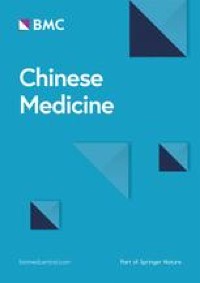 The primary identification of tumor stemness biomarkers through bioinformatics analysis

In order to screen out an effective biomarker to construct the drug-resistant stem cell model, we preliminarily identified the stemness related genes in GC through the bioinformatics analysis.

The mRNAsi can reflect the tendency of tumor cell dedifferentiation and is a potential marker in CSCs identification. A remarkably higher mRNAsi was found in GC samples than in non-tumor samples (Fig. 3A). We used RNA-seq data from TCGA to identify 1572 DEGs (1225 upregulated and 347 downregulated) which can regulate the stemness of GC cells (Fig. 3B).

To identify the gene modules with biological significance and search for genes strongly linked to GC stemness, we constructed a gene co-expression network by the weighted gene co-expression network analysis (WGCNA). 18 modules were constructed (Fig. 3C). The red, turquoise and brown modules were strongly correlated with the stemness of GC according to the MS and R2 (Fig. 3D). The brown module was positively correlated with mRNAsi (R2 = 0.77, P = 8e−15) (Fig. 3E), while the red and turquoise modules exhibited a negative correlation with mRNAsi (R2 =  − 0.77, P = 4e−15; R2 =  − 0.87, P < 2e−22) (Fig. 3F, 3G). Therefore, the brown module was further analyzed to search for the key stemness genes of GC. Finally, 16 important stemness genes (MSH6, SUPT16H, RBBP5, ANAPC1, NUP93, PRKDC, EFTUD2, HEATR1, TDP1, URB2, CEP85, CD44, OCT4, RFWD3, SOX2 and NANOG) were identified with the thresholds of MM > 0.8 and GS > 0.5. The heatmap (Fig. 4A) and boxplot (Fig. 4B) were drawn to demonstrate the expression of these genes in GC samples and CD44 was remarkably upregulated.

Based on the above analysis, we searched relevant literature and found that CD44, as a classic tumor stemness related gene and a common marker on the tumor cell surface, was considered to be a reliable GC stem cell sorting phenotype [19, 20]. Other studies have shown that CD44 was intimately related to drug resistance in tumors [21, 22]. Therefore, we selected CD44 as a biomarker to establish a drug-resistant stem cell model of gastric cancer for further research.

Based on the above experiments, we successfully constructed a CD44( +) gastric cancer stem cell model and confirmed the stemness characteristics from multiple dimensions, revealing that CD44(+)BGC823/5-Fu was a reliable GC stem cell model (we named it “BGC823/5–Fu-CSCs”).

To explore the drug resistance degree of cells with different CD44 expression status, the CCK8 assay was used to detect the sensitivity of BGC823, CD44(-)BGC823/5-Fu and CD44( +)BGC823/5-Fu to 5-Fu, and the drug resistance index of CD44(-) cells and CD44( +) cells were 5.93 and 15.60, respectively (Fig. 6A). It suggested that BGC823/5–Fu-CSCs cells (marked with CD44 positive) presented stronger drug resistance to 5-Fu. Since the existence of ABC transporters is one of the classic mechanisms of chemotherapy resistance. It acts as a “transport pump” to pump chemotherapy drugs out of the cells. We detected the expression of MDR1 and MRP1 (two important ABC transporter genes) in BGC823, CD44(−)BGC823/5-Fu and CD44(+)BGC823/5-Fu cells. It demonstrated that CD44(+) cells showed higher expression levels of MDR1 and MRP1 no matter compared with BGC823 cells or CD44(-) cells (P < 0.05) (Fig. 6B). These results revealed that BGC823/5–Fu-CSCs cells had stronger drug resistant ability than CD44(−) cells and they gained resistance to 5-Fu through over-expression of multiple drug-resistant genes in the ABC transporter pathway.

To analyze the relationship between the drug resistance genes and the clinical outcome in GC patients, the prognostic values of MDR1 and MRP1 were evaluated by Kaplan–Meier Plotter. A total of 875 GC patients were available for the analysis of overall survival (OS). The relatively higher expressions of MDR1 (HR: 1.4 [1.17–1.68], log-rank P = 0.0017) and MRP1 (HR: 1.35 [1.14–1.6], log-rank P = 5e–04) were associated with an unfavorable prognostic outcome in GC patients (Fig. 6C). It indicated that inhibiting the expression of MDR1 and MRP1 was a potential approach to improve the GC prognosis.

To explore the inhibitory effect of YQHY on the drug resistance of CD44(−)BGC823/5-Fu and CD44(+)BGC823/5-Fu, the CCK-8 assay was applied to detect the inhibition rate of the cells after intervention with YQHY combined with 5-Fu (or YQHY alone). As shown in Fig. 7A, B, YQHY alone or YQHY + 5-Fu can both inhibit the growth of CD44(−) and CD44( +) cells. And YQHY combined with 5-Fu had a stronger inhibitory effect. Interestingly, there was no difference in the growth inhibition effect of YQHY alone on the two cells, but when YQHY was administered in combination with 5-Fu, YQHY + 5-Fu had a stronger toxic effect on CD44( +) cells than on CD44(−) cells. This indicated that YQHY had a better drug resistance inhibitory effect on CD44( +) cells than on CD44(-) cells. In addition, under the same intervention of 45ug/ml 5-Fu (the IC50 of 5-Fu to BGC823/5–Fu-CSCs), the inhibition rate of cell proliferation raised gradually with the increase concentration of YQHY (Fig. 7C).

Since apoptosis is an important way in which 5-Fu induces the cell death, we further verified the above results from the perspective of the cell apoptosis. We selected 4%, 8% and 12% as the low, medium and high concentration of YQHY for the further researches. Flow cytometry was used to detect the apoptosis of BGC823/5–Fu-CSCs. With the increase of YQHY concentration, the apoptosis rate of BGC823/5–Fu-CSCs increased gradually. And when intervened with the same concentration of YQHY, the pro-apoptotic ability of YQHY combined with 5-Fu was significantly better than that of YQHY alone (△P < 0.05) (Fig. 7D). These results demonstrated that YQHY can efficiently reverse the drug resistance of BGC823/5–Fu-CSCs to 5-Fu.

We explored the relevant molecular mechanism of YQHY in the inhibition of BGC823/5–Fu-CSC drug resistance. In our previous studies, we used mass spectrometry to analyze the chemical substances of Yi-qi-hua-yu-jie-du decoction and identified the core targets of this formula in GC treatment. KEGG enrichment analysis was performed on the targets of Yi-qi-hua-yu-jie-du decoction in GC treatment. The PI3K/Akt pathway was an important one in the enrichment analysis (Fig. 9A). Current studies have reported that Nrf2 can be a downstream factor of PI3K/AKT and is closely related to the expression of MDR1 and MRP1 [23, 24], so we explored the influence of YQHY on the PI3K/Akt/Nrf2 signaling pathway.

After YQHY intervention on BGC823/5–Fu-CSCs for 48 h, the changes in PI3K, p-PI3K, AKT, p-AKT and Nrf2 were detected by Western blot. It was found that p-PI3K/PI3K, p-AKT/AKT and Nrf2 expression decreased in a YQHY concentration dependent manner, indicating that YQHY can suppress the phosphorylation of the PI3K/AKT pathway and inhibit the expression of Nrf2 (Fig. 9B). The localization of Nrf2 was essential to its biological function, so we further tested the distribution of Nrf2 in cells by immunofluorescence staining. The results demonstrated that YQHY (the high concentration) reduced the fluorescence intensity of Nrf2 in the nucleus and it can restrain the entry of Nrf2 into the nucleus. (Fig. 9C).

In addition, we applied siRNA assay to gain a Nrf2-knockdown BGC823/5-Fu-CSCs cell line (Fig. 11A, si-Nrf2-3). It was found that si-Nrf2 can reduce the expression of P-gp and MRP1, while the combination of YQHY and si-Nrf2 had a stronger inhibitory effect on these drug resistant proteins (Fig. 11B). Similarly, si-Nrf2 + 5-Fu can produce high cytotoxicity to BGC823/5-Fu-CSCs, and YQHY + siNrf2 + 5-Fu presented the most significant inhibition on the cell viability (Fig. 11C). This indicated that Nrf2 was a vital target in the drug resistance of BGC823/5–Fu-CSCs. YQHY and si-Nrf2 synergistically increased the suppressive effect of the drug resistance in BGC823/5–Fu-CSCs.

These results verified that YQHY inhibited the MDR1 and MRP1 expression via PI3K/Akt/Nrf2, thus reversing the drug resistance of BGC823/5–Fu–CSCs.