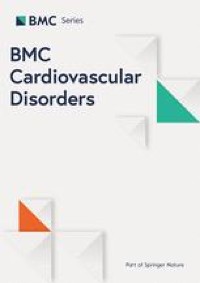 Congenital coarctation of the aorta (CoA) is a kind of localized aortic stenosis near the arterial catheter that was first described by Morgagni in 1760 [18]. CoA can be divided into simple CoA and complex CoA according to whether it is accompanied by important intracardiac pathological changes. Simple CoA refers to CoA with or without patent ductus arteriosus (PDA), while complex CoA refers to CoA with important intracardiac pathological changes, including ventricular septal defect (VSD), atrial septal defect (ASD), aortic valve stenosis, and double outlet of the right ventricle. The most common combined intracardiac malformation is VSD [5]. The hemodynamic changes in CoA are closely related to the severity of the coarctation and the combined intracardiac malformations. The main hemodynamic changes caused by CoA include upper limb hypertension and left ventricular hypertrophy. The increase in blood flow above the coarctation and the ejection resistance of the left ventricle increase the blood pressure of the upper limb, while the decrease in blood flow below coarctation leads to a decrease in the blood pressure of the lower limb. At the same time, the main response of the left ventricle to outflow tract obstruction is compensatory left ventricular hypertrophy. Over time, continuous hypertension can further aggravate the left ventricular hypertrophy and myocardial fibrosis, resulting in reduced left ventricular compliance and diastolic heart failure. If not treated in time, it can progress to total heart failure.

The mechanisms of cardiac hypertrophy include cellular metabolism, proliferation, noncoding RNAs, immune responses, translational regulation, and epigenetic modifications [19]. Immune cell infiltration has been shown to be involved in the pathogenesis of CoA [20]. So, in the left ventricular hypertrophy induced by congenital CoA, whether immune related factors are involved? To date, no studies have been reported.

The complement system is an important part of innate and adaptive immunity. Under physiological conditions, the activation and regulation of the complement system are in a balanced state. When the balance is broken, the complement system will attack the body’s own cells and tissues, which will lead to a variety of inflammatory reactions and autoimmune diseases [21]. C1q is an important promoter of the classical complement pathway. It activates the complement cascade reaction by recognizing the complement binding site of the antibody FC segment in an IgG or IgM immune complex, triggering the clearance of the antigen antibody complex [4]. It has been reported that complement C1q can lead to left ventricular hypertrophy by promoting β-catenin activation [22]. The C1q complement/TNF-related protein (CTRP) family has a spherical region at the C-end of the protein, its structure is similar to that of the complement component C1q, and there is a signal peptide at the N-end of the protein [23]. In 2019, Zhang B et al. reported that CTRP-3 could attenuate pressure overload-induced cardiac hypertrophy by suppressing the p38/CREB pathway and p38-induced ER stress [14]. Therefore, whether complement C1q is involved in the pathogenesis of congenital CoA and the regulation of left ventricular hypertrophy caused by CoA has not been reported in the literature.

During cardiac surgery with cardiopulmonary bypass and aortic cross clamp, the heart is isolated from the circulation. This inevitably induces myocardial ischemia. In addition to this ischemic insult, an additional hit will occur upon reperfusion, which may worsen the extent of tissue damage and organ dysfunction [24]. In 2020, Miyamoto T found that in pediatric cardiac surgery with cardiopulmonary bypass, the C1q concentration was significantly lower. For patients who were given C1 esterase inhibitors intravenously 60 min after CPB, the classical complement pathway was activated through the replenishment of complement [25].

Mechanical ventilation can also promote the release of inflammatory mediators and activate the inflammatory response. Silvia Marchesi et al. reported that the blood IL6 and TNF-α ratio increased significantly in patients on mechanical ventilation [26]. Dhanireddy S found that mechanical ventilation could exacerbate both pulmonary and systemic inflammation in response to bacteria and contribute to the pathogenesis of both acute lung injury and multiple organ dysfunction syndromes, it could augment pulmonary production of the proinflammatory cytokines KC, MIP-2, TNF-alpha, and IL-6 and increase the alveolar-capillary permeability to proteins [27].

In 2004, Wong GM et al. identified C1q complement/TNF-related protein (CTRP) [23]. To date, the literature has reported that there are 15 CTRP family members (CTRP 1–15). The CTRP protein family has a spherical region at the C-end of the protein and its structure is similar to that of the complement component C1q. There is a signal peptide at the N-end of the CTRP protein. Serum CTRP levels are negatively correlated with TCHO and TG and positively correlated with high-density lipoprotein cholesterol (HDL-C) [31, 32]. Complement C1q and CTRP partially share the same structure, but whether complement C1q is related to lipid metabolism in patients with CoA has not been reported in the literature. Through this study, we found that there was no significant difference in plasma TG, TCHO, HDL-C or LDL-C between CoA children and children without an increased left ventricular afterload before operation, and there was no correlation between the complement C1q level and lipid metabolism-related indicators before operation. This may be because the children we included in this study were young and the course of the disease was short, so they did not develop abnormal lipid metabolism. Additionally, complement C1q may not inhibit the formation of left ventricular hypertrophy by regulating lipid metabolism in CoA-induced left ventricular hypertrophy. After operation, the complement C1q was positively correlated with TCHO, HDL and LDL in complex CoA group, but there was no correlation between the complement C1q level and TG. This may be related to the effect of surgical trauma on lipid metabolism. This mechanism needs further study.

There were some limitations in our study. First, this was a retrospective study, there was only the value of complement C1q at 24 h after operation, and the values at other times after operation were incomplete. Therefore, we only analyzed the complement C1q level at 24 h after the operation. The time of echocardiogram reexamination after operation was inconsistent, so the correlation between postoperative complement C1q and LVDd, IVST and LVPWT could not be analyzed. Second, the number of patients included in this study is small. In the future, we will conduct a large clinical prospective study to further investigate the correlation between complement C1q levels and left ventricular hypertrophy induced by coarctation of the aorta.