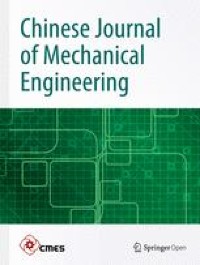 To improve the adaptability of the flexible system, the material hardening model which have a wider description capability will be selected preferentially. From references, one type is constructed in the form of a power function, while the other is in the form of an exponential function. Among the power function type are the Hollomon and Ludwik models, whereas the exponential function models include the Voce, Voce+Voce, Voce++, and Hockett–Sherby models. The Ludwik type is an improved variant of the Hollomon model. The power function model is usually an unsaturated one, while the Voce type is saturated, and the other exponential function models are variants of the Voce model. So Ludwik model and Voce model are recommended firstly. So the first recommended elementary function is determined by referring to the Ludwik constitutive equation as presented thus:

where σ is true stress, ε is true strain, E is elastic modulus, εs is yield strain, σs is yield strength, K is strength coefficient, and n is hardening index. Referring to the Voce constitutive equation, the second recommended elementary function is determined as follows:

where A and B are Voce model coefficients.

In order to test the hardening models, three representative curves are selected, as shown in Figure 1. High-strength steel DP980 have a higher yield stress, lower uniform elongation, and no evident yield turning point. The aluminum alloy 6061 sheets exhibits an apparent elastic-plastic transition. With the continuation of plastic deformation, the material hardening rate decreases slowly in a small range. For the 304 stainless steel material, there is a visible elastic–plastic transition curve, the hardening rate of the material, which remains larger than those of the other two, changes a little. Other test materials with similar behaviors are not listed there individually.

After fitting the stress and strain data of the material by the above two elementary functions, the fitting results are shown in the Figure 1(b)–(d). DP980 sheet metal is better fitted by Voce model than Ludwik model. The correlations of Voce model and Ludwik model with aluminum alloy 6061 sheet are similar. For the 304 stainless steel, it is same as aluminum alloy 6061 sheet.

When the elementary functions are used to extrapolate the high strain data, the Voce hardening rate changes little and tends to be saturated earlier, while the Ludwik model can continue to harden and be consistent with the cold working hardening behavior of the material. Therefore, when the material hardens slowly, the Ludwik and Voce models can be linearly combined to build a flexible hardening model:

The combination constitutive model has been determined above. It is necessary to give the corresponding analytical model for the hardening model. In the forming process, as the bending stroke of the punch increases, the bending angle of the sheet gradually increases. The mechanical model is shown in Figure 2.

According to the mechanical model established in Figure 2, the static equilibrium equation and the geometric relationship in y direction are obtained as

According to the situations whether the die is attached or not, the curvature of each point on the sheet is calculated by the following formula:

Next, these control equations are used to establish the relationship between bending force and bending stroke during loading for each deformation state. Through a trial analysis, when the die span is larger, there is no monotonous relationship between the bending force and the stroke, in other words, when the stroke is increasing, the bending force which is corresponding to the next stroke increment may be larger or smaller than the current force. In order to simplify solution, a return back algorithm is used for calculation. At first, it is assumed that the bending force is larger than the current force, then the algorithm will find the corresponding stroke. If the stroke can not be found in the forward search direction, the search direction will be adjusted backward. Until the convergence condition is meet, the algorithm exits the search program. This calculation process is shown in Figure 4.

The accurate descriptions of the bending loading and unloading process are important for the springback prediction. In the elastic theory, it is assumed that the elastic unloading deformation is linear, so some high-order terms are ignored. But after certain plastic deformation occurs, these high-order terms will bring a high nonlinear effect on the unloading deformation of some materials, such as high strength steel. So in the unloading stage, the stress-strain nonlinear relationship of sheet metal is necessary to incorporate, and its typical unloading stress-strain curve is shown in Figure 5.

According to the reference, the elastic modulus is exponentially described as a function of the total strain, as shown in the following equation:

where ({rho_{x}^{u}}) is the radius of curvature at a point x after unloading the bending moment M. The amount of variation in curvature after springback can be further expressed as

The boundary points for each segment on the curve can be stably extracted by moving the window. The thresholds of the abscissa and ordinate are set to Δhc and ΔFc, respectively. In order to keep the threshold universal, the curve data are normalized, the number of window points is determined by the following formula:

If the calculated angle is positive, it means that the vector (overrightarrow {{o_{s}^{i} o_{m}^{i} }}) clockwise rotates relative to the vector (overrightarrow {{o_{m}^{i} o_{f}^{i} }}), conversely, if the angle is negative. The rotating angle at each coordinate point can be obtained, the index of the coordinate point is set as the abscissa, the angle and stroke are set as the ordinate, and the curve is shown in Figure 7 and Figure 8. It is evident from the curve that the loading and unloading of stroke curve is an isosceles triangle. It is shown from angle curve at the ath loading and unloading, there are three peak points, the points 1, 2, and 3 are shown in Figure 8. For the bth loading and unloading, point 4 is a valley point, while 5, 6, and 7 are peak points. For the cth and subsequent loading and unloading, the four boundary points are generated too. The program determines the boundary points for each cycle (a‒i). Finally, the segmented force curve is shown in Figure 9.

The objective functions of the elastic, yield, plastic, and elastic unloading segments are defined as follows. When the predicated and experimental data are sufficiently close, in other words, each of the objective functions takes the minimum value, the selected nominal parameters are reasonable. Now four sub-optimization problems are built. They are optimized one by one sequentially, this is a sequential identification strategy for nominal parameters.

where le, lv, lp, lu are the number of nominal parameters that need to be optimized, and variables Xek, Xyk, Xpk, Xuk are the degree of freedom. For each sub-optimization problem, a quadratic approximation function is used for each objective function. At the kth iteration, there is an approximate function shown as follows:

where d is the vector step of each iteration and Δk is the confidence radius at the kth iteration.